On Your Side's Shelby Danielsen was kicked out of the Downtown Jacksonville Public Library Friday, where JEA was holding a meeting. 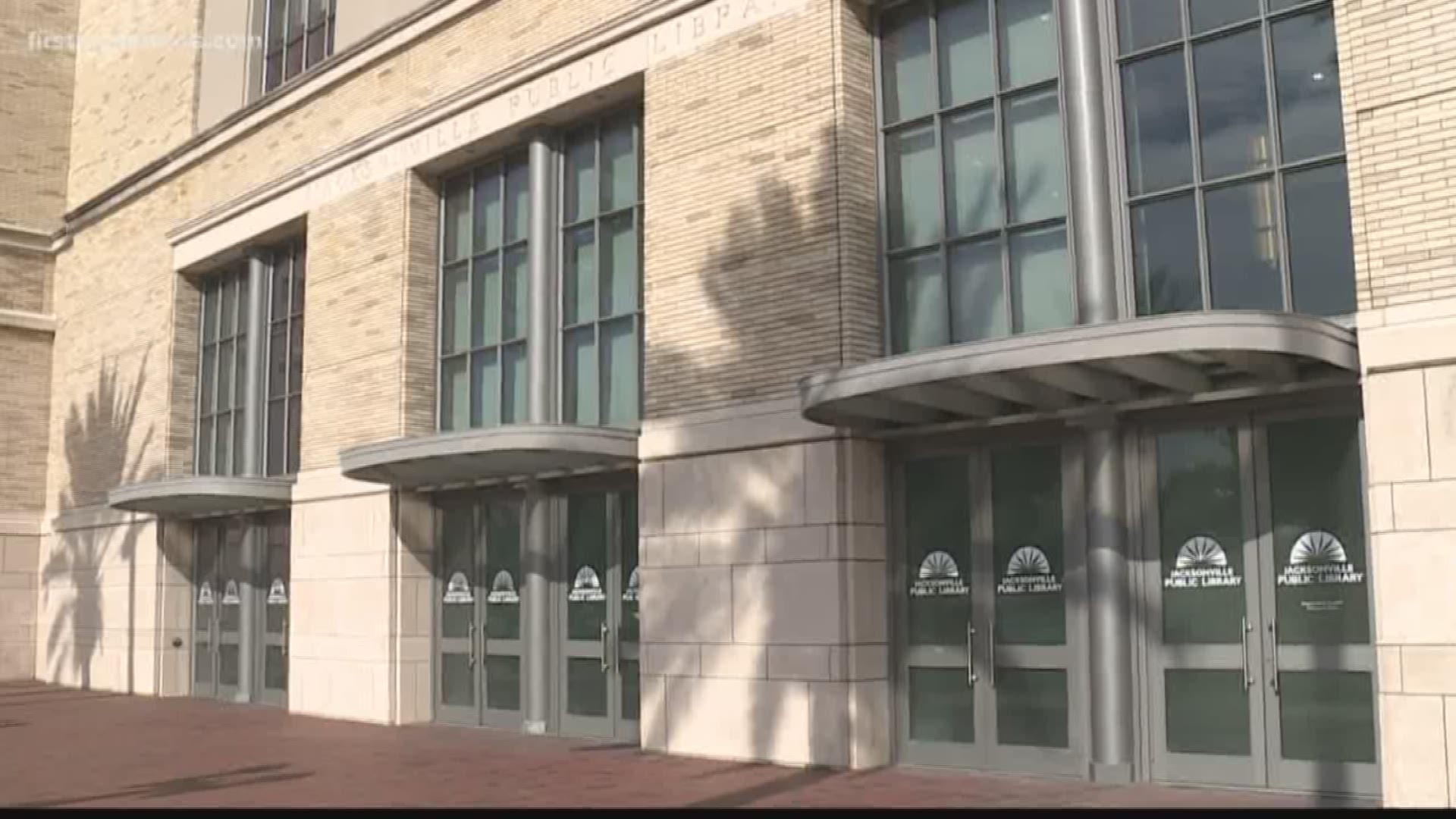 Two days after the JEA board voted to explore privatizing, the utility company hired four outside consultants to help with the formal solicitation process.

On Your Side's Shelby Danielsen planned to attend the meeting held Friday morning between JEA employees and leadership to gather more information, but was kicked out of the room where it was being held. Danielsen was told that the public library's auditorium and its lobby areas were private.

First Coast News' attorneys are looking into the matter, since JEA is a public utility and they are holding a meeting in a public building.

RELATED: Labor attorneys express concern over ‘gag order’ offered to JEA employees in exchange for bonus in the event of sale or merger

RELATED: What next for JEA after board votes to explore privatizing?

JEA released the following statement regarding the meeting:

"JEA  hosts regularly scheduled internal meetings with its leadership team to ensure alignment, distribute information relevant to the business, and to provide an opportunity for open dialogue.  These monthly staff meetings are held at the library,  as JEA does not currently have a facility large enough to host the number of attendees. JEA will continue to conduct these internal monthly staff meetings with our employees.”

JEA tells First Coast News that the meeting held Friday morning was private and it will never be open to the media since it is specifically for employees.

As for the consultants hired by JEA, we now know that J.P. Morgan Securities LLC. and Morgan Stanley & Co. LLC were brought on as financial advisors and Pillsbury Winthrop Shaw Pittman LLP and Foley & Lardner LLP were brought on as legal advisors "to assist the utility with the execution of a competitive and open solicitation process".

On Your Side has asked JEA for more information about when those contracts were solicited and signed, and we are waiting to hear back.

As for the details regarding the access to the public library, First Coast News lawyers have filed public record requests for documents to prove or disprove that the conference space is “100% privately funded”, as well as requests for the board minutes that led to the alleged closing of the hallway from public access.

Attorneys initially contended that being kicked out of the public library was illegal, but they are waiting on the public records to confirm more information.

They say a library could be considered a "limited-purpose public forum, but only to public spaces. Notwithstanding the board’s purported vote, if the hallway was public until reporters tried to stand in it then it is a constitutional violation to kick [them] out. If all public access is closed off, then [they've] not been treated differently and there is no constitutional violation."

The library building was constructed on tax dollars and is maintained by tax dollars.

Bolvin says the library will work on making the change more obvious since there was no signage on the doors to indicate that it is now a private space within the public building.

JEA since these employee meetings are private, they do not keep minutes of the discussion. They say it is a time set aside each month for managers and supervisors to ask questions of senior leadership, including CEO Aaron Zahn.

Zahn has declined to be interviewed.