Advertisements will be published in communities that are home to minorities. That includes Black, Hispanic, Jewish and people in the LGBTQ+ community. 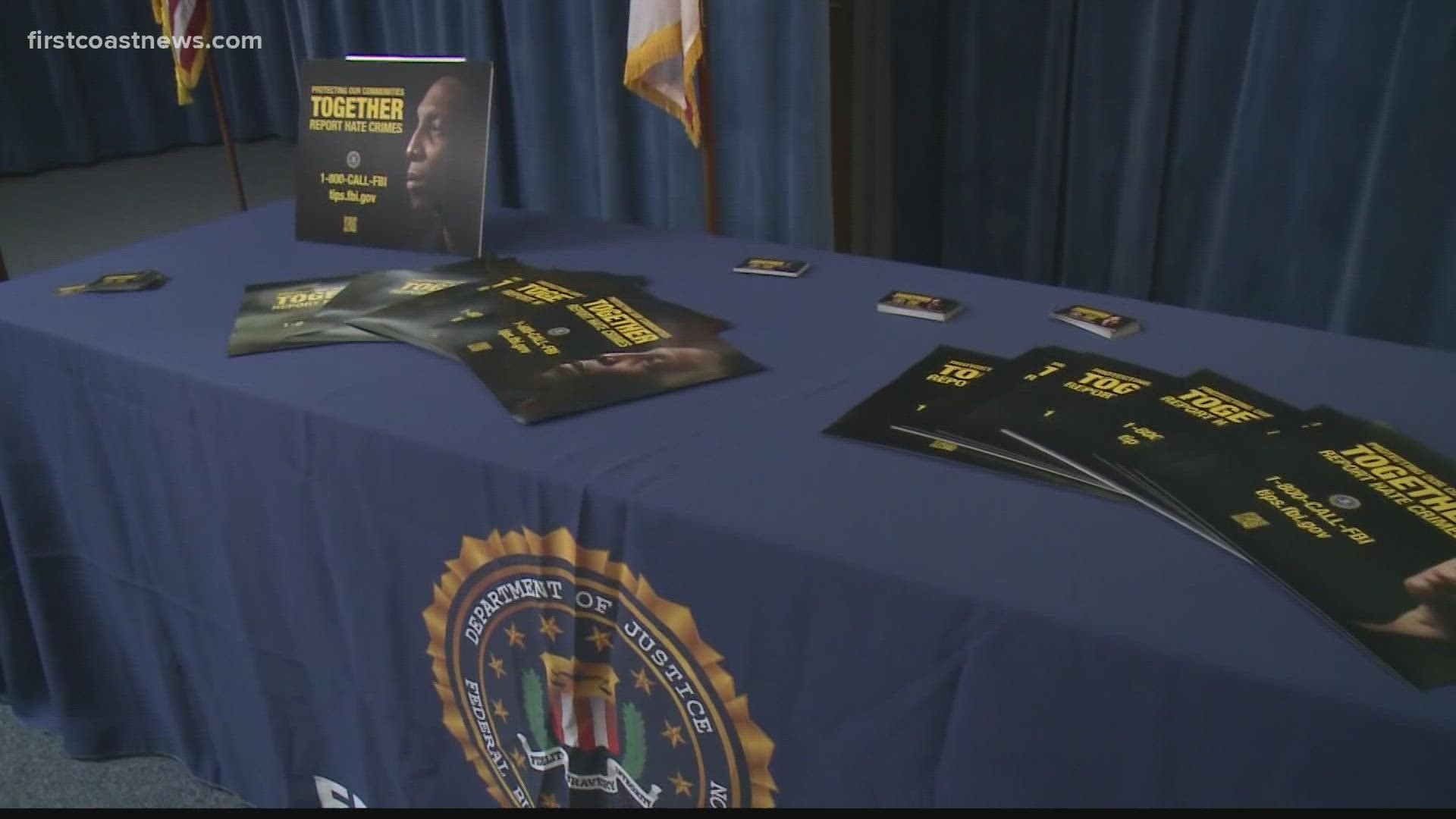 JACKSONVILLE, Fla. — In the past five years, the Federal Bureau of Investigation has seen more than a 20% increase in hate crimes across the country.

In Florida, the number of hate crimes barely dropped. The Jacksonville branch of the FBI said there were 109 reported hate crimes in 2020. In 2019, it was 111.

However, the recent numbers are the only ones officials are aware of. Special agent Rachel Rojas said the bureau believes there were more. Thursday, the branch started its public awareness campaign.

Over the next year, there will be advertisements posted around North Florida. The ads will serve as an encouragement to report hate crimes. Tackling hate crime is the FBI's highest priority in its civil rights program. Rojas said people should not feel like they are being targeted.

Advertisements will be published in communities that are home to minorities. That includes Black, Hispanic, Jewish and people in the LGBTQ+ community.

"No one should be afraid to walk down the street or feel like they could be targeted in an act of violence based on how they look, where they're from or any part of their identity," Rojas said.

The FBI agent said distrust in law enforcement is a reason why people don't report hate crimes. Retaliation from the aggressor is also a contributing factor.

To Dr. Tammy Hodo, it is imperative "that people are active and not just bystanders."

Dr. Hodo is the CEO of All Things Diverse, an organization that focuses on racial equality and inclusivity. Hodo said unreported hate crimes are a reality minority communities face.

"We need people to be active and engage," Dr. Hodo said. "And when you see something, say something."