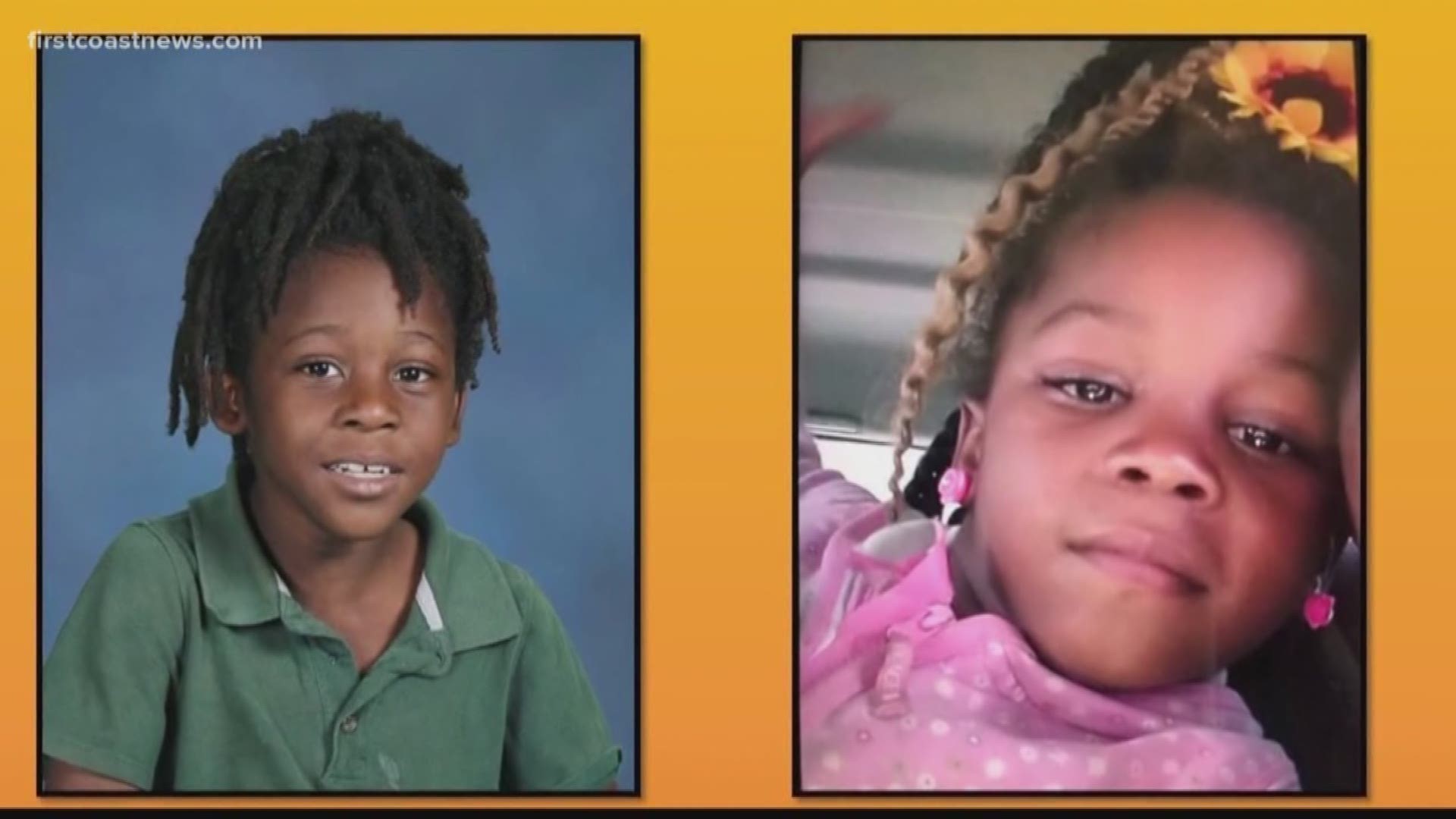 Jacksonville Sheriff Mike Williams is urging residents in the area where two children went missing Sunday to search their properties. "Under trailers, abandoned cars," he said during a news conference Monday.

Williams said the parents of 6-year-old Braxton Williams and 5-year-old Bri'ya Williams were home when the children disappeared at about 11:30 a.m.

"The family has been and remains cooperative," Williams said. "Right now everything is an option."

Bryan Williams called 911 to report them missing, the report states.

JSO Public Information Officer Christian Hancock said Sunday family members searched for an extended period of time before reporting them missing to JSO at around 1:30 p.m.

RELATED: 'I never thought this would happen to our family': Grandmother says family 'devastated' since children went missing from Westside

RELATED: 'They could be anywhere...' JSO continues to search for missing 5-year-old girl, 6-year-old boy last seen on the Westside

K9s, a dive team, aerial units and drones have been deployed to aid in the search. Officers are also knocking on doors and handing out flyers in surrounding neighborhoods in addition to passing out flyers and stopping cars coming and going from the mobile home park. The Jacksonville Fire and Rescue Department, Urban Search and Rescue team, as well as dogs from other agencies and some private entities, are also searching for the missing siblings.

"We're not going to spare any expense, the search will continue throughout the night as it's going right now until we find these children," JSO Public Information Officer Christian Hancock said Sunday. "...we're searching ponds, we're searching trash cans, we're searching everything."

Police say Braxton Williams is on the Autism spectrum but will communicate with others.

Anyone with information on the children's whereabouts is urged to call JSO at 904-630-0500.