Father of twin son killed in Gilchrist crash: 'He felt something in his heart' 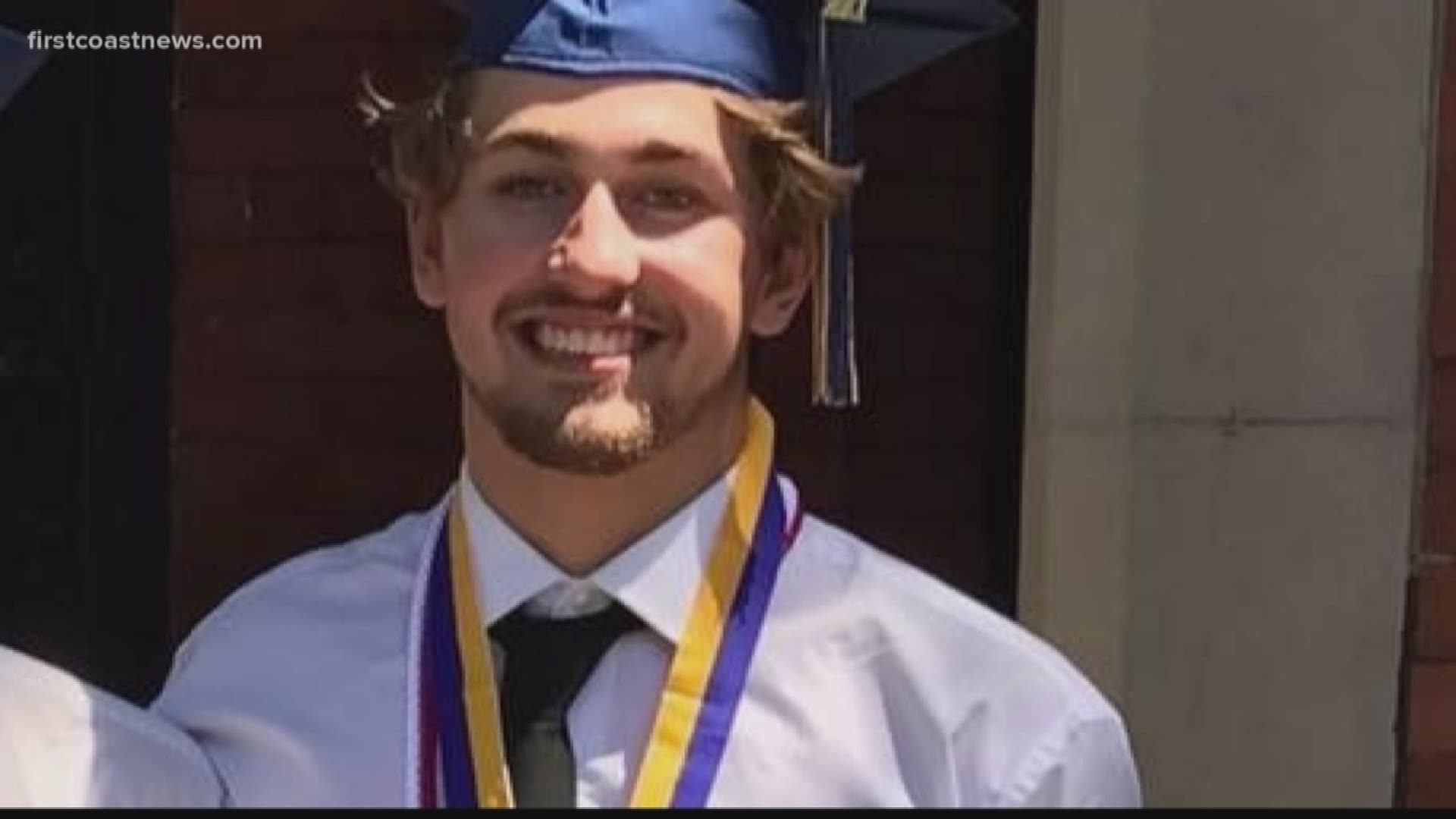 Alysia Littlejohn, Isabella Garcia, Cameron Bell and Hayden Raulerson were traveling home from Branford at the intersection of US Highway 129 and County Road 340 in Gilchrist County when the T-bone collision occurred, according to FHP.

At least one person was ejected from the vehicle and the young passengers were not wearing seat belts.

Blake Delapaz survived the crash and was transported to UF Health in critical condition. The driver of the other vehicle, Aimee Williams, also survived and was seriously injured

Mother of crash victim: 'I want the world, I want everybody to know how beautiful she was'

Tommy Bell, the father of Cameron, is remembering his son and sharing an urgent plea to other drivers.

He told First Coast News his son loved to hunt and fish and had dreams of working in wildlife management. Cameron graduated from Sandalwood High last year along with his twin brother, Chandler Bell.

"He was a wonderful young man and he worked really hard in his life to be where he is," Tommy said.

On the day of the crash, Tommy said Cameron's twin Chandler, who did not travel to Branford with the group, felt uneasy.

"It's wild what they want to say about twins and it's true," Tommy said. 'Chandler felt something in his heart, and he called the people that went out there with [Cameron and his friends]."

The friends who traveled to Branford in separate cars had already arrived home. Tommy said Chandler used his cell phone to track his brother's location.

"He felt wild about it, so he took off all the way to Bell, Florida, he was the first person to arrive there of the families," Tommy said. "When he got there the troopers were still there investigating the scene of the accident."

Tommy said he is praying for the two survivors and hoping out of the tragedy will be a lesson young people will receive.

"Don't pack too many people in a car, and don't distract the driver," Tommy said. " When you load up with six or seven of you in a car...please don't put anything in your body that could hurt you in any way."

FHP has not yet identified the driver of Cameron's car, but family and friends tell First Coast News Delapaz was driving. FHP has not determined if alcohol was a factor in the collision.

Services will be held for Cameron at Church Eleven22's Arlington location on June 23 at 11:30 a.m.

Cameron would have turned 19 on June 22.

GoFundMe accounts for the young adults are: