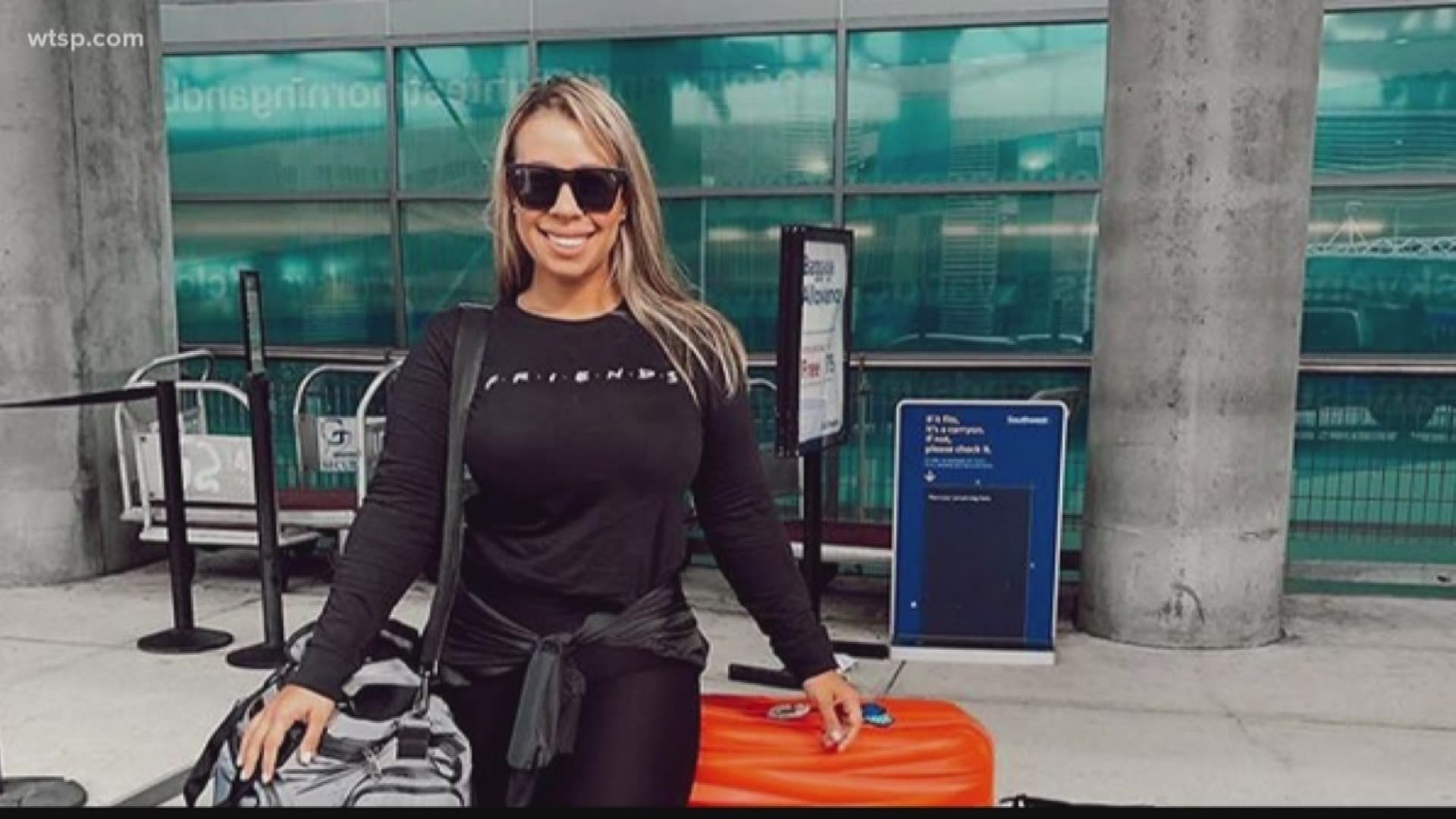 "Really friendly; extroverted; has a ton of friends."

April Burton describes her sister-in-law, Carla Stefaniak, who she last saw on Tuesday in Costa Rica.

Burton flew home. Stefaniak was supposed to return from vacation the next day.

But she didn't get on the plane, and all the family has gotten from the Costa Ricans who may have seen her is that Carla just decided to check out of her accommodations at five in the morning.

"Someone's lying," Burton said. "Someone's not telling the truth because that's not her character."

Her family members, who still live in Tampa, last heard from her at 8 p.m. Tuesday, according to a GoFundMe page. They grew concerned after she didn't show up for a 1 p.m. flight Wednesday.

Stefaniak had reportedly been staying at a villa she discovered on popular vacation rental website Airbnb.

Her family is using every technology available to try and locate their loved one. They're also using it as a distraction from fear.

"That she's dead. Or she's in sex trafficking. Or she's drugged somewhere or she's kidnapped," Buton said. "What I just told you, I haven't said that out loud. Nobody wants to say it. But at this point, we have to be realistic."

The family found clues from Stefaniak's phone. But they're frustrated by the apparent lack of urgency with both Costa Rican police as well as U.S. authorities.

So Burton's husband - Stefaniak's brother - is going to Costa Rica to try and solve the mystery himself.

"So we can't just sit here with our hands tied. That's why my husband went there. His mom told him, 'Bring back my daughter.' He said he's not going to come back until he finds her."

According to the GoFundMe page, which is raising money for her family members to travel to Costa Rica to search for her, Stefaniak has shown no online activity since Tuesday night when a missing person flyer claims she said it "was raining crazy and power went out."

Those who know Stefaniak alerted both the U.S. Embassy and the FBI, which they say are trying to work with local authorities to find her.

"The U.S. Department of State and our embassies and consulates abroad have no greater responsibility than the protection of U.S. citizens overseas," a U.S. State Department official told 10News. "When a U.S. citizen is missing, we work closely with local authorities as they carry out their search efforts. Due to privacy considerations, we have no further comment."

Carla's family is also urging everyone to reach out to their congress members, to beg them to get U.S. authorities more involved in the search.