The Sproul family got a letter in the mailbox that said they were a disgrace to their neighborhood. Since then, they've received support from across the country. 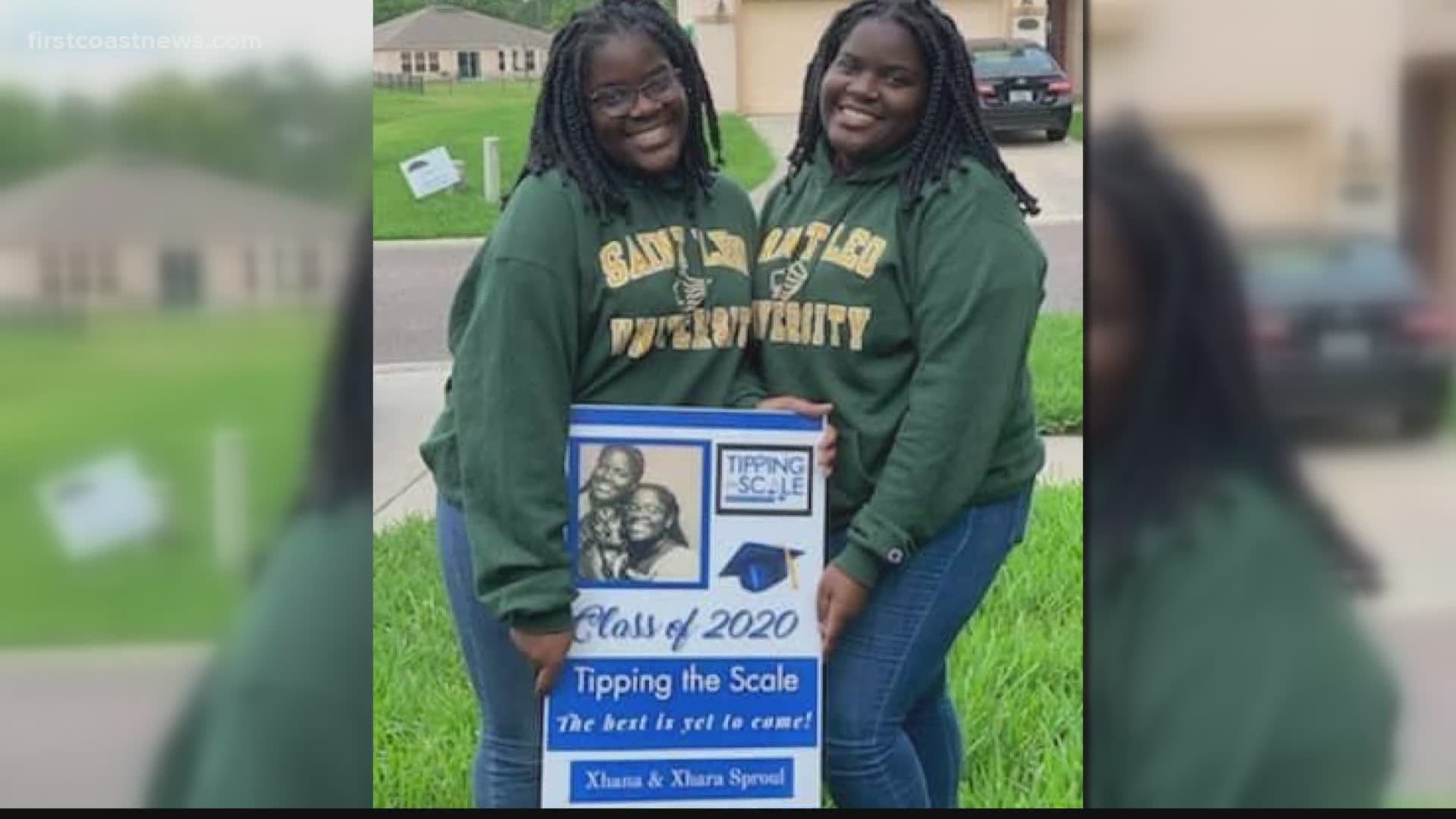 The family received an anonymous letter in their mailbox last week which read in part, "Your entire brood is a disgrace to the neighborhood. Consider moving to a 'hood' of your kind."

The posters were provided by Yulee High School for families to celebrate their 2020 graduates. The Sprouls put them on the outside of their home.

"I did feel angry. I did want to fight," Toya Sproul said of her initial reaction.

She called police after her husband found the letter in their mailbox. They say their daughters, Xanah and Xarah, didn't let the letter get to them.

"As a parent, my next reaction is to protect my children. So, I was little bit worried and concerned and then we ultimately told them about it because I didn't want them to find out any other way. So, we talked about it first and then we let them read the letter for themselves," said father David Sproul.

The family is wanting to share a message of acceptance. They've lived in their neighborhood for five years and have not had any previous problems.

They are getting letters and care packages from people in their own neighborhood and around the country. One letter arrived Wednesday from Wisconsin.

The Sprouls want to find out who sent the letter, but more importantly, they want to share their gratitude to those who've reached out and supported their daughters' achievements.

"I am not going to give any life to the negativity because that's not who we are and that's not who anybody should be. We should be pushing love, practicing love," Toya Sproul said.

There is a parade scheduled for Thursday night in the Sprouls' neighborhood - a way to congratulate them on their high school graduation. They will be attending Saint Leo University outside Tampa on a full-ride scholarship.