A group of about 50 people walked together and focused on their search for justice in the homicide of Maurice Anderson, a father of three. 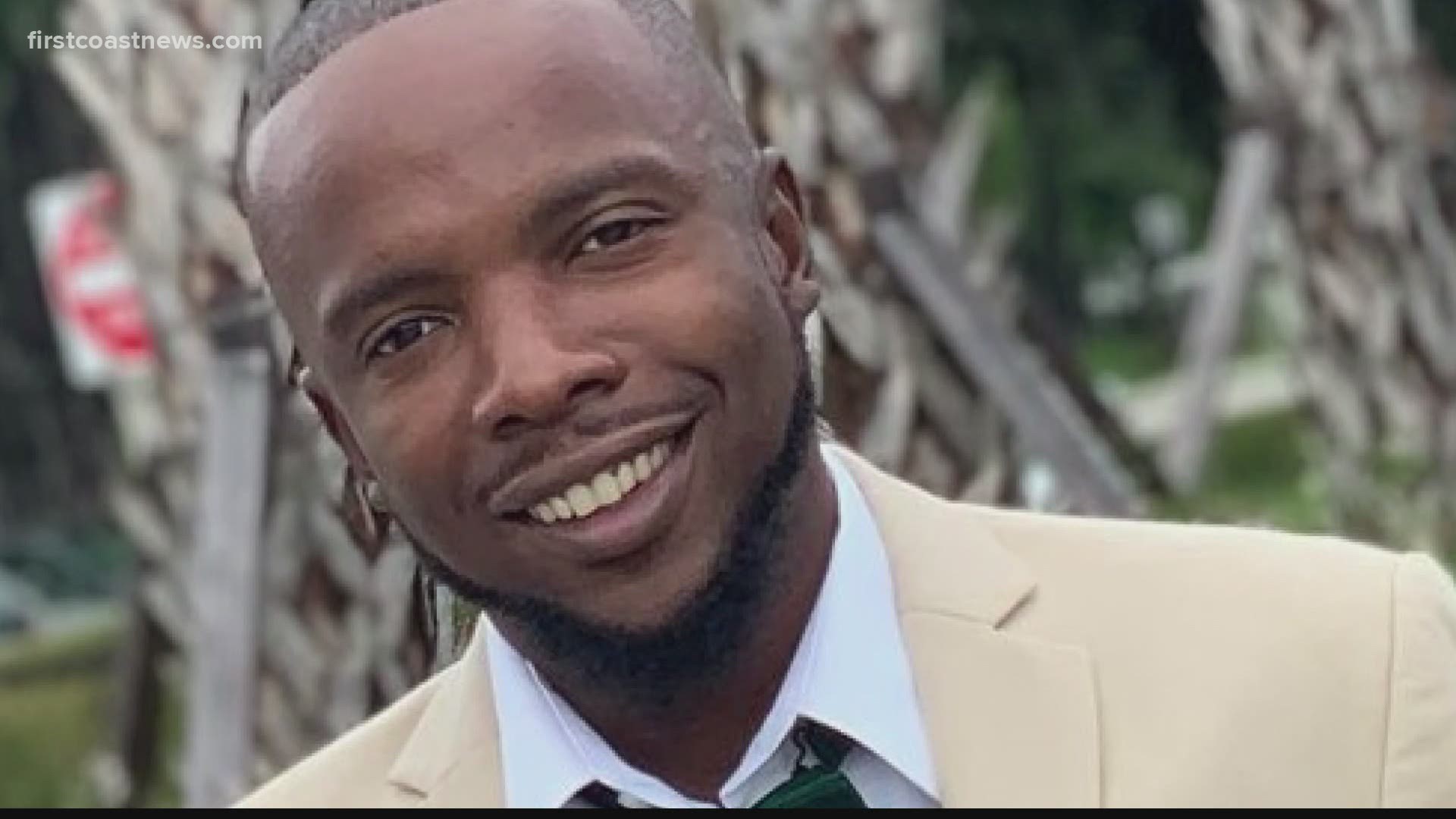 JACKSONVILLE, Fla. — A Jacksonville father lost his life to gun violence last year. No one has been charged in his death, so the victim's family and MAD DADS, an anti-violence organization, took action Saturday by canvassing the neighborhood where his homicide happened.

“It’s nerve-wracking to know someone took a life and is still walking among us," Kim Anderson said.

A group of about 50 people walked together and focused on their search for justice in the homicide of Maurice Anderson, a father of three.

“He was kind, family-oriented, he was about his kids and his family," Kim Anderson said.

The man described as quiet and funny lost his life at only 33 years old as part of a triple shooting on October 28, 2020, along Mansion Road in Arlington. The other two men shot survived.

“He came to the house, and he dropped his sister off," she said. "The next call I got was he was gone.”

It may just be a piece of paper, but the family hopes the fliers they handed out while door-knocking will help them in their search for justice.

“I’m hoping it touches the heart of someone that knows something or even the killer or killers. It touches of heart of them and lets them see the impact they have caused on the family and someone comes forward," Kim Anderson said.

Kim Anderson says she won't stop until justice is served for her son.

“I am his voice. I will speak his name, and I will hit the streets whenever I can until someone is brought to justice for him," she said.

The group of family, friends and volunteers held hands in unity and prayed for justice.

“Nobody has the right to just murder him. Justice has not been served, and the family needs closure because their loved one has been murdered," Foy said.

Anyone with information on the homicide of Maurice Anderson is asked to call Crime Stoppers at 1-866-845-TIPS (8477). Crime Stoppers and the family are offering a cash reward.

. @maddadsjx and the friends/family of Maurice Anderson are canvassing the Arlington neighborhood where he was murdered in October 2020. @JSOPIO has not made any arrests. I'll have his mother's plea for justice tonight at 6 on @FCN2go. pic.twitter.com/xYUVS59MXO