'Her life will never be the same': Police video shows girl before she was taken to mental health facility

The mother of a young girl who was Baker Acted insists "I want answers" after seeing body camera footage recorded at her daughter's elementary school. 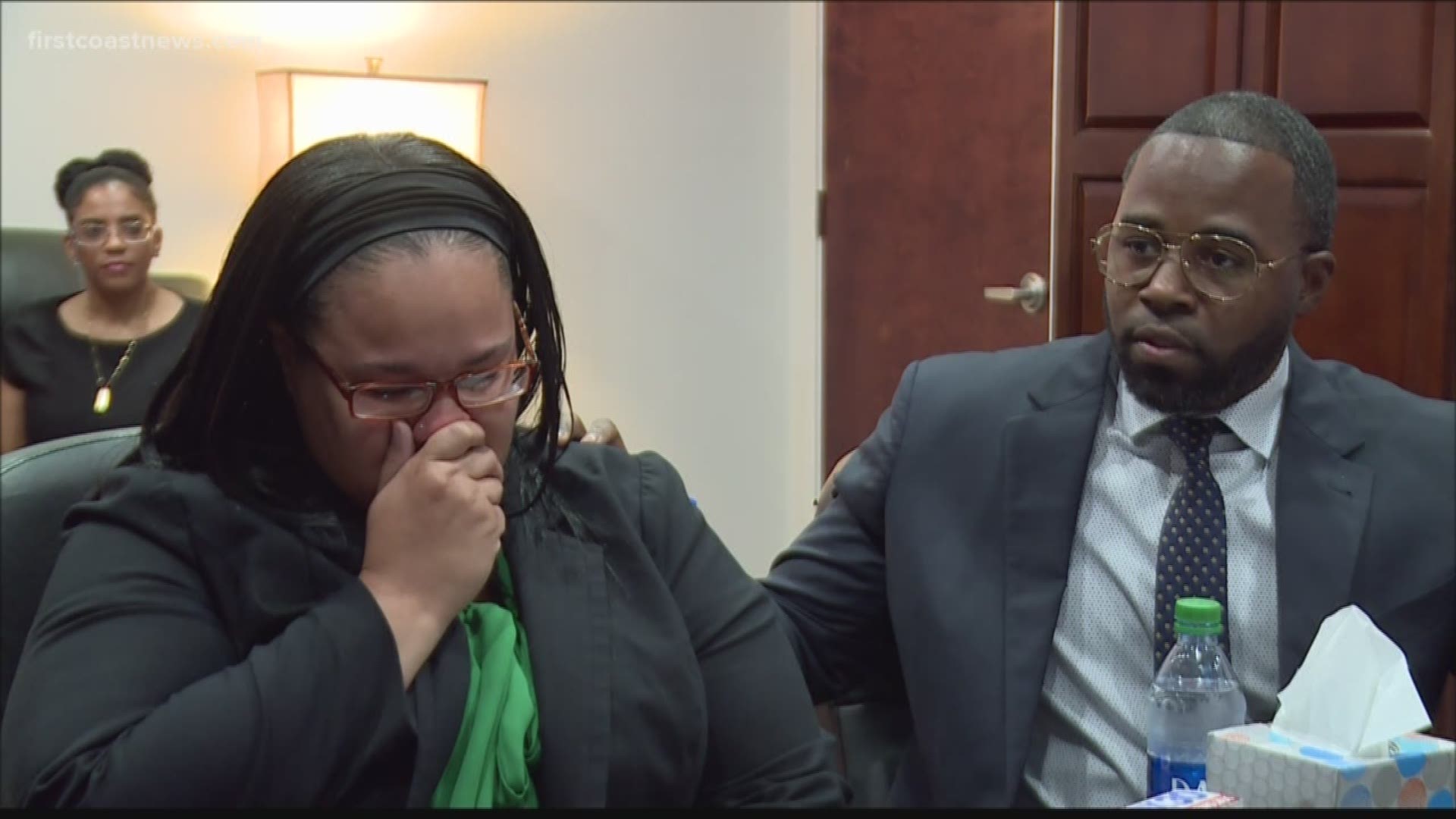 After viewing police body camera footage, the mother of a young girl who was sent to a mental health facility after having a tantrum at school said she wants to know exactly what happened before officers arrived.

"I want answers. An apology would be nice, but it's not going to erase the pain that I feel watching that video knowing my daughter may have been provoked because their staff was irritated or maybe had a bad day and didn’t want to deal with a special needs child," Martina Falk said at a news conference on Thursday night.

Part of the body cam video shows the little girl calmly being escorted to a patrol car. In another part, an officer, who is off-camera, can be heard saying, "she's perfect, she's fine." One clip shows an officer suggesting school staff may be "pushing" the girl's buttons. 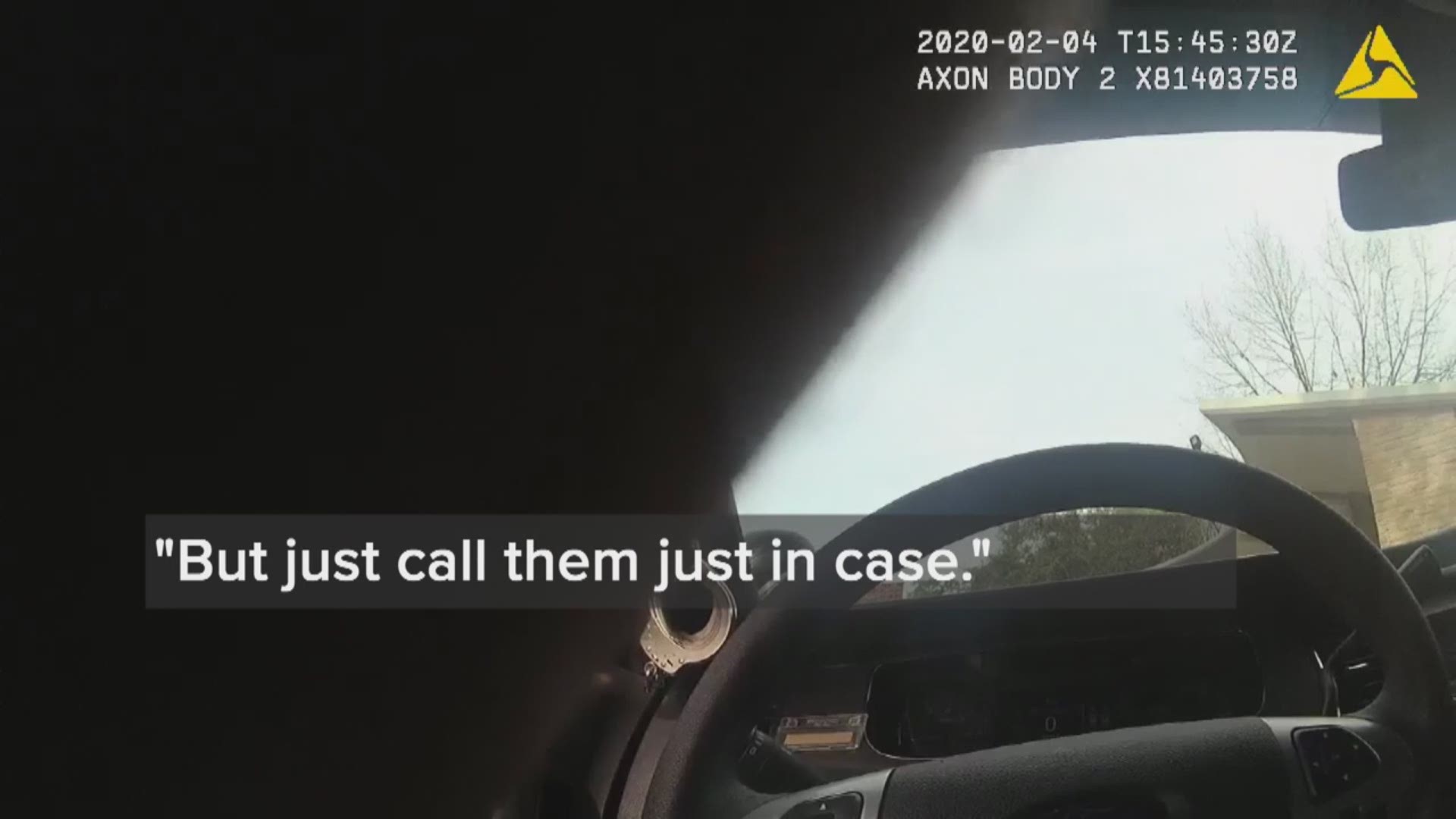 Falk's attorney, Reganel Reeves, said the staff at Love Grove Elementary knew the girl had a disruptive mood disordered and the third-party mental health professional licensed by the school should not have invoked the Baker Act, which allows the involuntary institutionalization and examination of a person who is deemed a threat to themselves and others.

Reeves said he believes having the girl taken into custody was an act of false imprisonment and a civil rights violation against a child with special needs.

Duval County Public Schools said it is up to a mental health professional to decide if a Baker Act is appropriate and not a decision the school district makes.

A spokeswoman said the school’s handling was reviewed and found legally compliant and in the best interest of the student and other students.

Falk said she wants a full review of the policies.

"She’s just not able to communicate due to her disability, she can only tell you bits and pieces, mommy they locked the door, they wouldn't let me out, mommy they gave me a shot," said Falk.

"She thought she was going on a field trip, yeah a field trip to hell, now her life is forever changed," Reeves said..

He said the school has provided no evidence of the girl acting out, or what staff might have done to calm her. The police footage offers no clue, he said.

"What was she doing that was so horrible, that this officer did not see," Reeves said.

He said another officer on the scene suggested the staff may have been "pushing her buttons."

The child was sent to a mental health facility, where she stayed without her family and was reportedly injected with Thorazine.

"What medical basis did they have for injecting this child with anti-psychotic drugs," Reeves said.

RELATED: ON YOUR SIDE: Can your child be Baker Acted? Know your rights

During the news conference, Falk was at times too distraught to speak. Reeves said she is understandably upset and angry - that, in fact, parents across the U.S. are angry seeing this case.

"This is shining a light on Florida's Baker Act system," he said.

Reeves also questioned the abilities of the school staff who were involved in the decision to Baker Act the 6-year-old.

"If you can't handle a 50-pound child, what are you doing in education," he said.

Reeves said the involuntary confinement will have a lasting effect on the child.

"Her life will never be the same," he said.

When First Coast News asked if the Duval County Public School board if they wanted to change their comment in light of the release of JSO's body camera footage a spokesperson said the following:

"We were clear in our earliest public statements that the student walked calmly out with the principal and the officer to the police car. Media reports on the video confirm this and also confirm that handcuffs were not used as was originally alleged.

Our procedure is to call Child Guidance when a student's crisis is not de-escalating and the student is at risk of self-harm or harming others. Our staff followed that procedure.

As we stated previously, the student was calm when she left the school, but at that point, Child Guidance had already made the decision to Baker Act based on their intervention with the student. The judgment to Baker Act rested completely with the mental health professional.

We cannot speak on behalf of Child Guidance regarding decision making in this matter, but we have already requested a leadership meeting with Child Guidance to review this situation."