Jonell Hendrix-Dalton flew into Jacksonville with her daughter Friday, preparing for her father's memorial and expecting to leave with his belongings. 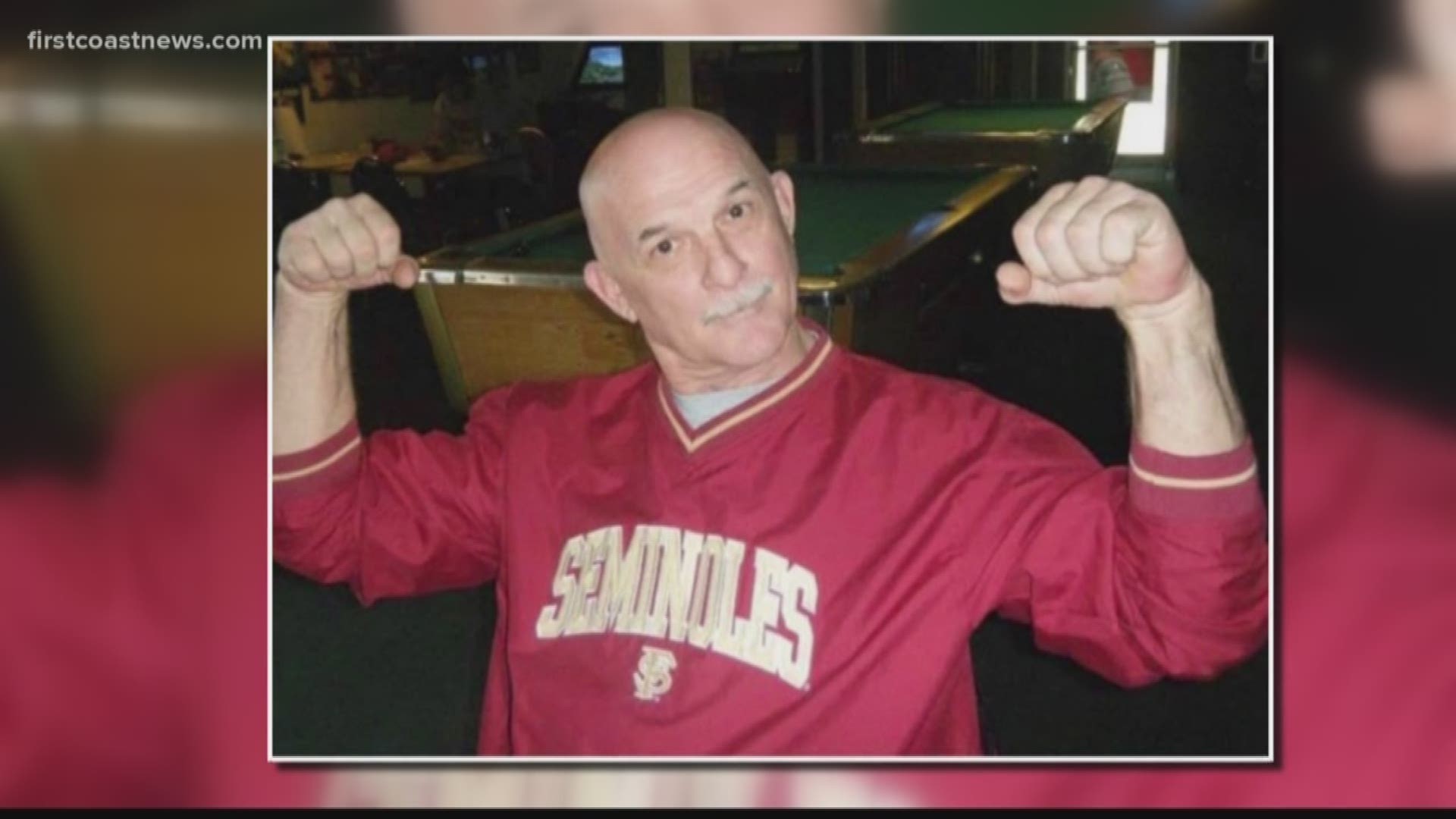 JACKSONVILLE, Fla — Losing a parent can be one of the most difficult times in a person's life. For Jonell Hendrix-Dalton of Las Vegas, that pain has been compounded after her late father's belongings were removed from his apartment.

Doyle Dunn, an Air Force veteran who lived in Jacksonville for years, passed away on Nov. 10 after a three-year battle with cancer.

Hendrix-Dalton said her father kept a lot inside during his fight. She described him as a funny, stubborn and patriotic man with many close friends in the area.

When Hendrix-Dalton found out her father was sick and may not have much longer to live, she got a ticket to Jacksonville. Dunn died before she could board the flight.

Dunn lived at Charter Landing Apartments off Edenfield Road. After his death, Dunn's possessions were packaged by his friends, with Hendrix-Dalton asking that many of the items be donated to Veterans Affairs.

The veteran's friends left two boxes for Hendrix-Dalton, both filled with Dunn's medals and records from the military. A lamp with important sentimental value was also left, as Hendrix-Dalton planned to take the items back home.

When Hendrix-Dalton arrived Friday for her father's memorial this weekend, she learned that the boxes and lamp had been removed from Dunn's apartment.

"The neighbor, we had knocked on the door. I spoke to her and she said that she saw them cleaning out the stuff," Hendrix-Dalton said.

The neighbor told her she had seen maintenance workers taking the boxes out of the home.

Hendrix-Dalton said the rent had been paid in full for November, and that she was in possession of the keys to the apartment.

"It was not an abandoned property," she said. "It was paid until the end of the month, we have the receipts that says it was paid."

The last items that Hendrix-Dalton had left to remember her father are now missing, and she believes they were thrown away.

"Those pictures ... they don't understand that was his life," she said. "To throw out that stuff without even contacting anybody.. I'm going home with nothing. We'll just go home with one picture and a little thing of ashes."

If management employees did enter the home, it would be in violation of Florida State Statute 83.59, said Barry Ansbacher, a certified Florida real estate lawyer.

"Florida law actually has specific provisions that contemplate that the tenant might pass away while they're living in there," Ansbacher said.

The statute mandates that at least 60 days must "have elapsed following the date of death," and that "personal property remains on the premises, rent is unpaid."

The Charter Landing complex was recently acquired by Lofty Asset Management. The acquisition was completed on Wednesday at 4 p.m., and Hendrix-Dalton believes the items were taken on Wednesday or Thursday.

First Coast News spoke to the owner of Lofty Asset Management, who said the new management team had not entered Dunn's apartment.

The items were reported to be missing to management on Friday afternoon. RAN had kept manual resident files, and the new team from Lofty was in the process of transitioning into their positions, she said.

Hendrix-Dalton said she is still holding hope that her father's items may be returned safely.

Since meeting with Jonell Sunday, First Coast News has spoken with Lofty Asset Management and made efforts to speak with RAN Management.

Lisa Mankoski, the founder and president of Lofty Asset Management, said the items were removed by RAN employees before the acquisition was completed. On Monday, she also said that the apartment had actually been listed as occupied in the records they received, not vacant.

According to Mankoski, a regional manager from RAN told her a woman with power of attorney for Doyle came in to the office, turned in a set of keys and asked the apartment be sprayed for pests and cleaned out.

Jonell confirmed there is a person with power of attorney, but disputes that she asked the apartment to be cleaned out or turned in keys.

First Coast News is working to obtain a work order for the apartment to be cleaned out.