Failure to pull over for an ambulance leads to weapons seizure, arrests

One suspect told police he was on his way to "take care of some business" after he said a family member was threatened. 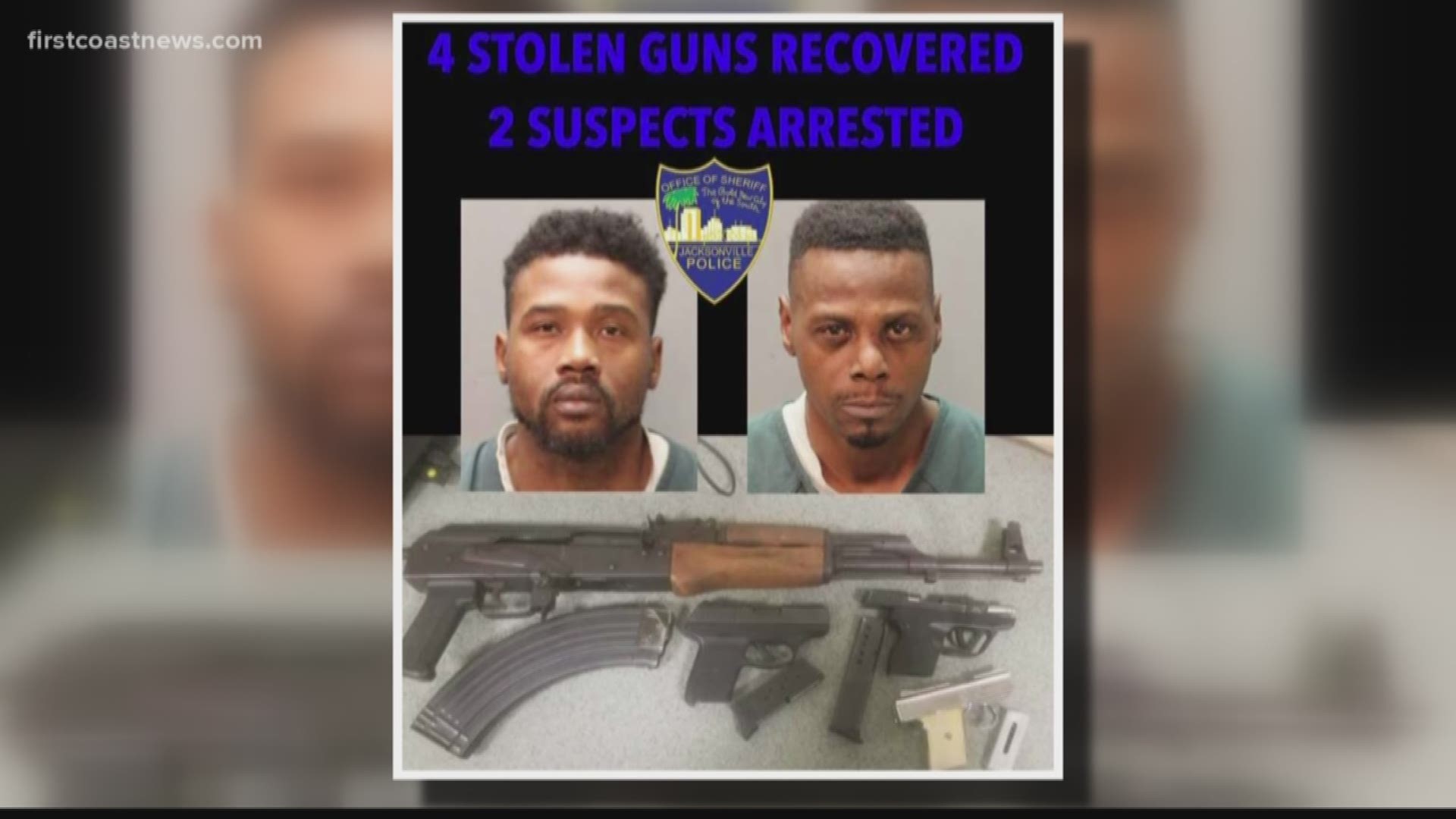 Two men were arrested and weapons were seized Thursday after what started off as a traffic stop for refusing to move for an ambulance in Westside, according to the Jacksonville Sheriff's Office.

Edward Vinson, 49, and Davon Vinson, 34, were arrested after police said they found three handguns and an AK-47 inside their vehicle.

JSO says the incident started after a white Mercedes carrying the Vinsons failed to pull over for a Jacksonville Fire and Rescue ambulance driving down 103rd Street with its lights and sirens on.

After pulling the Vinsons over, an officer reported smelling a strong odor of marijuana coming from the car, prompting a search of the vehicle.

During the search, JSO said two loaded handguns were found in the front passenger door pocket with the serial numbers filed off. The loaded AK-47 rifle and another handgun were under a blanket on the back seat.

Edward Vinson, a convicted felon, said the guns belonged to him, according to JSO. He told police he was on his way to "take care of some business" after he said a family member was threatened.

Davon Vinson was arrested on two charges of carrying a concealed firearm.