The Florida Fish and Wildlife Conservation Commission feels it's important for the public to see the deep propeller marks that caused the whale's death. 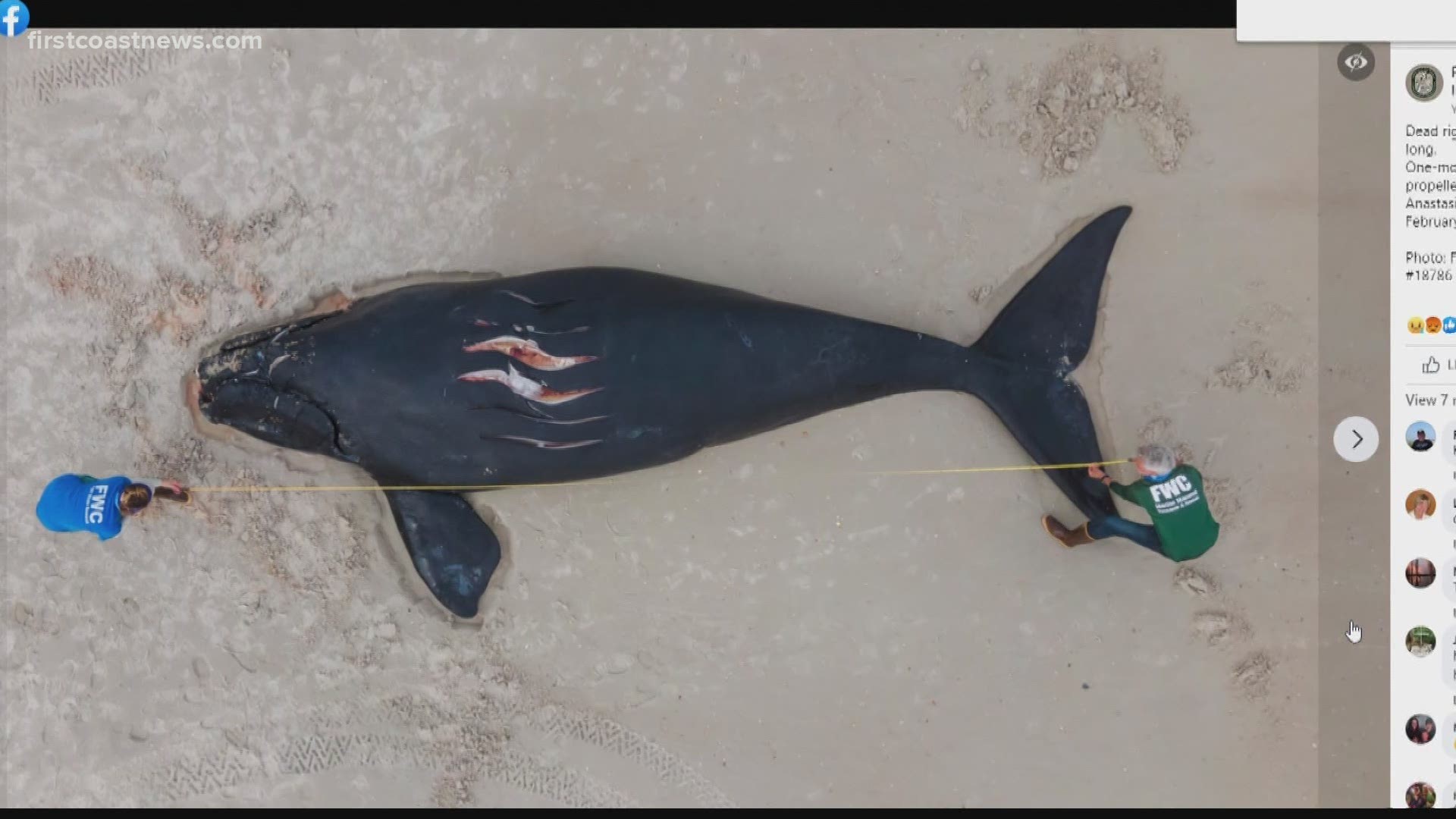 ST. AUGUSTINE, Fla — Facebook has deemed an image of a deceased baby whale as too sensitive to show.

It's an image that the Florida Fish and Wildlife Conservation Commission, a governmental agency posted.

"We were surprised. We didn’t know it would be censored in that way," FWC spokesperson Kelly Richmond said.

The state wildlife agency learned that Facebook blurred a picture of the dead baby whale on a St. Augustine beach this week.

The photo shows the deep propeller marks from a boat on the whale’s back. Gashes that are believed to have led to the whale’s death.

Gashes that the FWC feels the public needs to see.

"We really feel there’s an educational moment here," Richmond said. "But who are we to monitor community standards? That’s Facebook’s business. But we do feel we have a purpose behind this photo. It’s impactful to see what had happened to this whale."

"We disagree with the decision and offered a rationale about why it shouldn’t be censored," Richmond told First Coast News.

The reason is that right whales are critically endangered. Fewer than 400 of them exist, and that "vessel strikes are possible. There’s an opportunity for us to be vigilant and careful when we’re on the water," Richmond noted.

First Coast News reached out to Facebook about this instance.  Facebook responded by listing reasons it censored the photo.

One First Coast News viewer wrote in, asking if there is any kind of system in place to warn boaters about whales in the area. Indeed, there is.

The US Coast Guard routinely issues warnings on marine radios to boaters in the winter months, about right whales being in the area.

Sometimes the Coast Guard will specify specific areas where right whales have been spotted.  One was heard Thursday afternoon about the St. Augustine Inlet.

There is also the Whale Alert app for your phone from NOAA.