Gloves come off on both sides of the argument as Mayor Curry's office announces the requirement to put masks on. 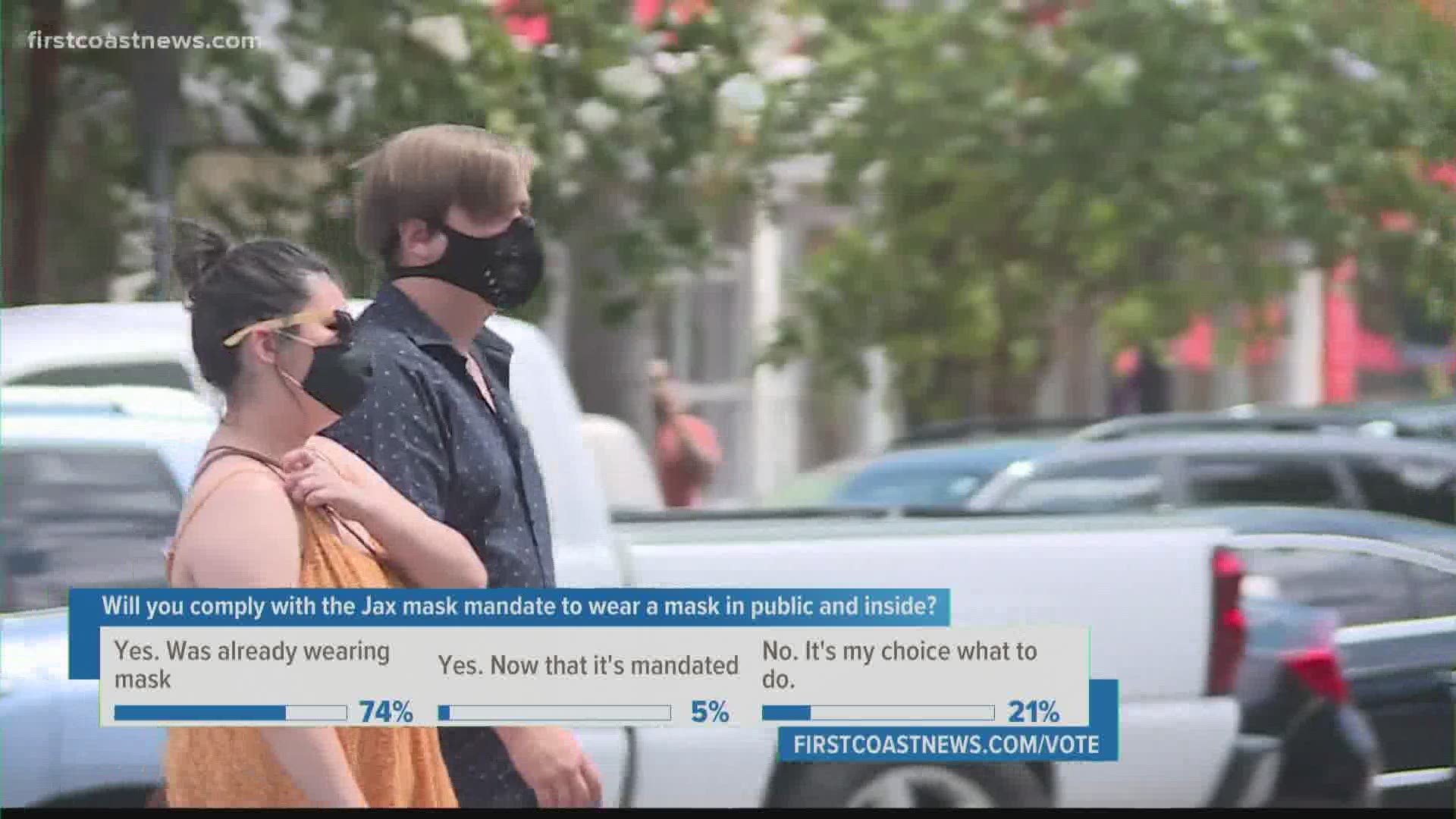 “I think ultimately you’ve got to look at the big picture, I think it’s the right thing to do,” viewer Greg Estevez told First Coast News in a remote interview. Estevez had asserted in a post that no other country than the United States is debating the necessity of face masks so passionately.

Opponents of the mandate raised myriad objections, some pointing out what they said is a conflict with Florida’s firearms laws.

“What about the fact that you can’t legally wear a mask if you are concealing a firearm. You can’t force someone into a felony and they also can’t force me to not legally carry,” another viewer commented in the thread.

Other opponents asserted that responsibility for inhibiting transmission of coronavirus should still be left to individuals.

“If I can’t wear a mask for health reasons, it’s up to me - my self duties - to make sure I don’t go into a crowded place or I don’t go into a store that has too many people,” Cynthia Arnold, who lives elsewhere but works in Duval County, said in an interview.

“I think [wearing masks is] part of the solution but I don’t think it’s the whole solution,” she said. “I think the education process isn’t out there as well. You’re asking us to wear masks, but are you educating us properly on what the proper masks are to wear?”

Still, other opponents hinted that the mandate is an example of the government trying to infringe on civil liberties and to exert control of the people. But many of those in favor claimed that a mandate is in the best interest of the general public.

“I’ve read numerous reports about the masks not doing so much,” said Marla Goodley of Jacksonville, “but it limits your contact or the contact from others to you.”

Estevez echoed the assertion that masks protect the wearer and people around them mutually.

“Say, for instance, I’m walking around and I have coronavirus and I don’t even know it. Now I’m affecting the public at large,” Estevez said.

One potential flaw offered by both supporters and opponents was the potential difficulty of making people adhere to the order.

“I don’t know how they’re going to enforce it,” Goodley conceded, saying the Jacksonville Sheriff’s Office is already busy enough without the added burden.

“Some will, some won’t [obey],” Estevez acknowledged. “This is just one measure and it’s temporary. This is not something that is going to go on for years, hopefully, until we can get it under control.”

Considering possible parallels between the current debate and arguments from decades past about secondhand smoke, Arnold said she could envision a similar evolution to policies allowing ‘mask’ and ‘mask-free’ sections in public establishments, as has been the case for smoking and non-smoking in some instances.

“Maybe they have a section where people go, where masks are required and so forth. I think it’s heading in that direction.”

RELATED: 'We're not going to do that statewide': Governor addresses Jacksonville mask mandate during budget conference