Maritime expert Rod Sullivan believes the ship itself will be cut into pieces by a saw. The ship has been sitting here in the St. Simons Sound for several months. 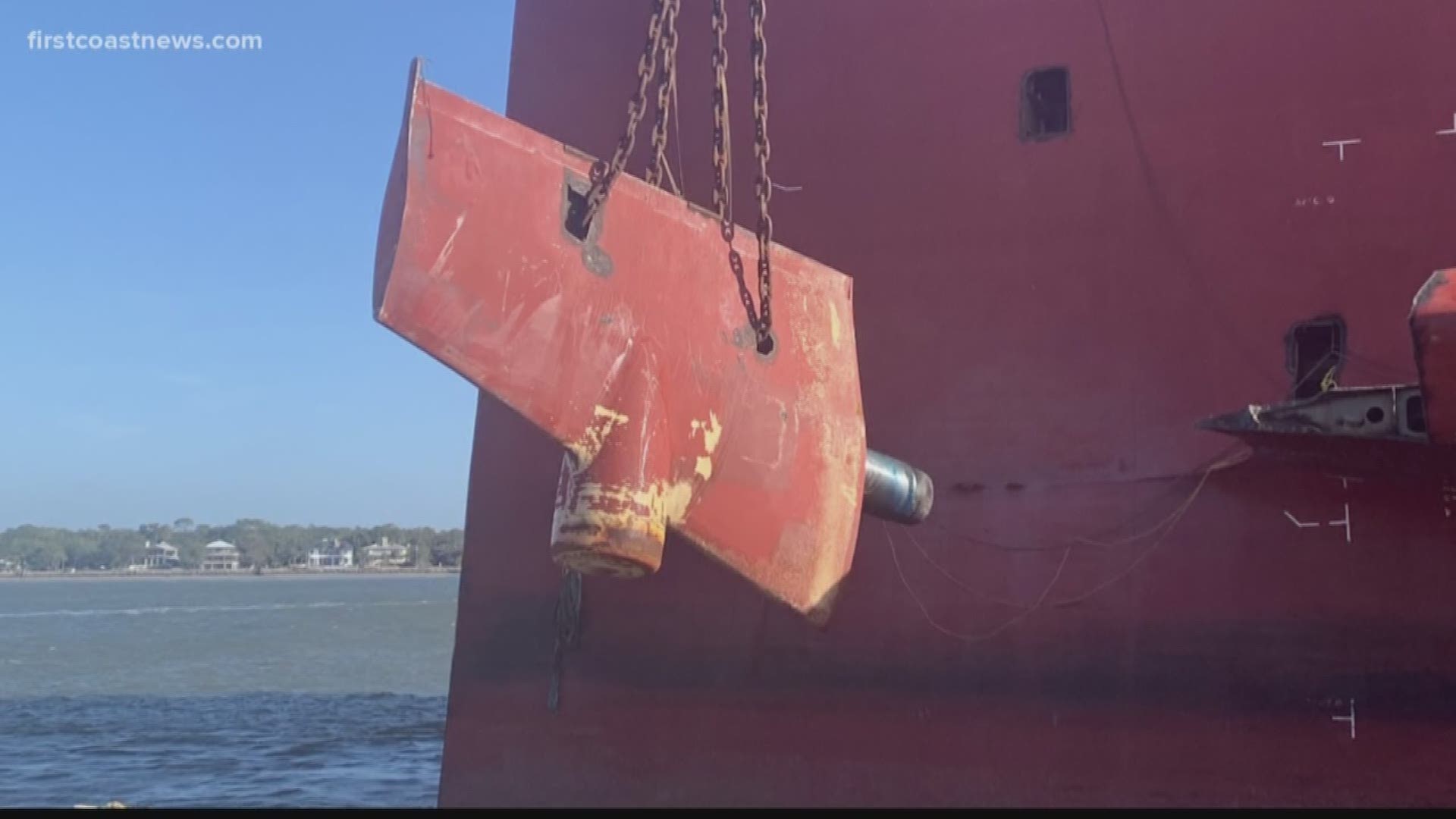 BRUNSWICK, Ga. — After the propeller, propeller shaft and rudder were removed from the Golden Ray, an expert says the focus now shifts to preparing the ship for being taken apart.

Some tourists are still getting their first look at the cargo ship in person. The ship has been sitting here in the St. Simons Sound for several months.

“To think there are 4,000 cars in there, brand new cars, which aren’t really new now -- we just wanted to come over here and take a picture of it,” Leslie Scuteri said.

Scuteri, from Rochester, N.Y. is spending part of her holiday setting eyes on the Golden Ray.

The latest visible progress is the propeller, propeller shaft and rudder which were taken off the ship weeks ago to reduce stress on the hull. Maritime expert Rod Sullivan believes the ship itself will be cut into pieces by a saw. He says it will be done carefully to reduce any environmental impacts.

“They will cut the ship up in pieces and cars will come out with those pieces as they come," Sullivan said. "They will try to cut along walls or bulkheads so they contain as many cars in each piece.”

Officials say the plan for salvaging the ship is still in the works. We reached out to the U.S. Coast Guard for the latest on the investigation into the crash, but we’re still waiting to hear back.

Tourists like Scuteri watch as crews work around the clock to remove the ship.

“It’s amazing anyone survived on it and I’m thinking that somebody’s going to be paying a big price for what happened on this ship,” Scuteri said.