Unfortunately, reports of a gas shortage in Florida are spreading and creating panic buying. 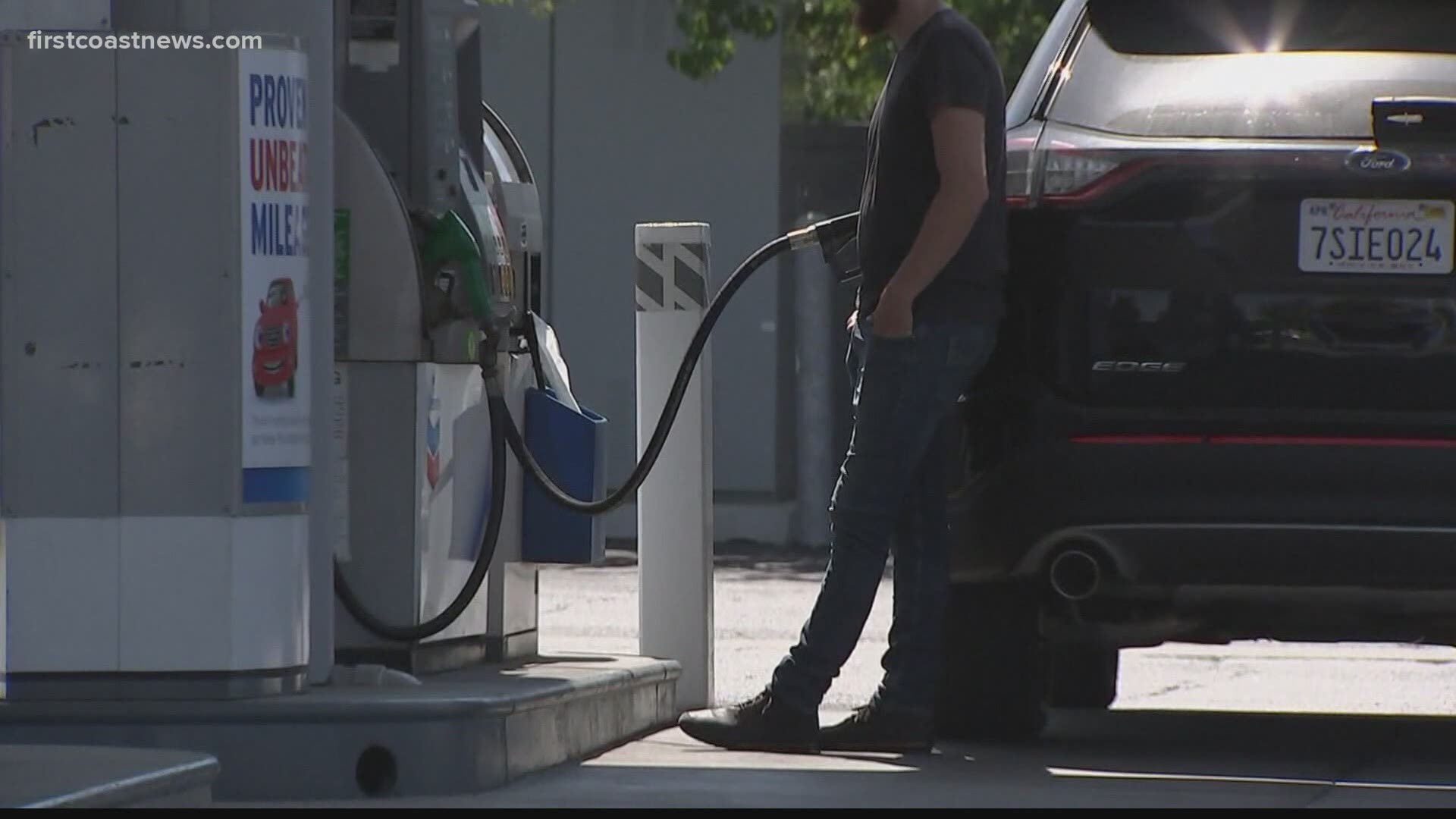 JACKSONVILLE, Fla. — Consumers are concerned about the availability of gasoline at the pumps. Some stations are out of regular, the cheapest prices.

"I just found out about the gas shortage," said Walter Thompson. "I have no choice but to buy it or run out."

Unfortunately, reports of a gas shortage in Florida are spreading and creating panic buying.

"I just hear stuff through social media, so I am thinking it is high and it is going to get higher," said Sophonia Turner.

Turner, who drives daily from Gainesville to Jacksonville, said it cost her at least $45 every time she stops to fill up her Jeep.

"I'm doing this like every other day," she said.

However, experts said there is not a gas shortage.

We reached out to Mark Jenkins with the American Automobile Association (AAA) which monitors gas prices and drivers habits.

"People are hearing the news about this pipeline outage and they're rushing to the pump," said Mark Jenkins. "There is a shortage in different states but what is happening right now is drivers are creating the shortage out of fear," he said.

Jenkins said because gas suppliers can access the Sunshine State from its ports, the Colonial Pipeline has no impact in Florida.

The pipeline operations were hacked forcing its closure. It supplies gasoline, diesel, jet fuel and home heating oil from the Gulf Coast to New Jersey.

"More and more people are returning to the roads, and that is causing more demand on supplies at a time when there is less supplies than there would be this time of year," said Jenkins.

"It allows them to tap into more supplies that might be out there," he said.

Dan McTeague with Gas Price Wizard has watched the issue of supply and demand from his Canadian office.

McTeague, one of the former authors of Gas Buddy, runs Gas Price Wizard and other energy entities. He said what we are seeing is a supply issue, it is not a price issue

He said fuel is being moved by trucks and by ships and the Colonial Pipeline should be fully operational by Monday.

"There may be some inconvenience coming for at least the next coming days but that is about as far as this should go, no price impact at this stage," said McTeague.

The average price of a gallon on gasoline in Florida is now $2.88 per gallon and in Jacksonville the avergae price stands at $2.84.