Zero right whale calves were spotted last year. This year, there have been seven calf sightings. 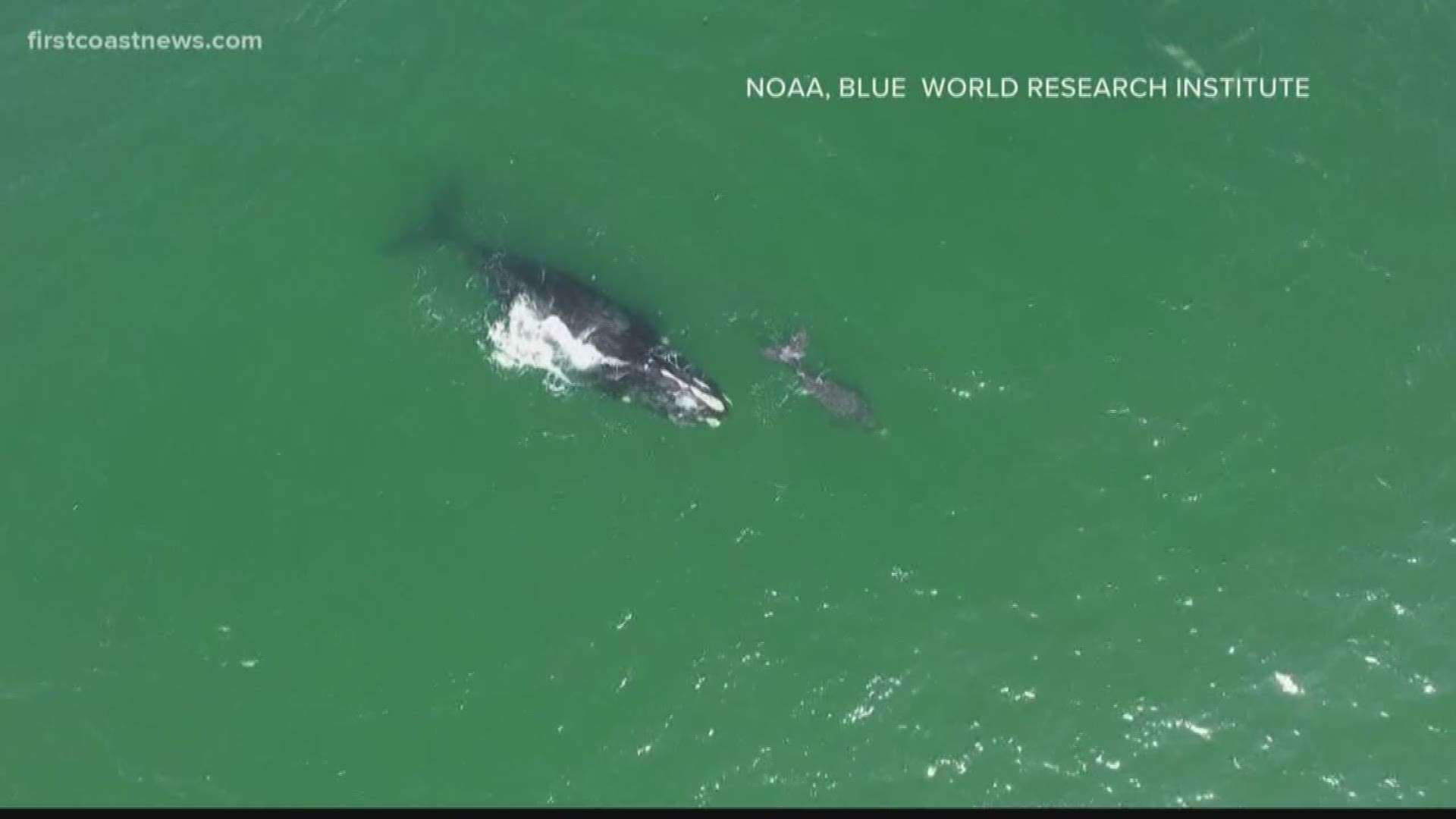 Seven North Atlantic right whale calves have been spotted off the coasts of Florida and Georgia so far this calving season, according to Florida Fish and Wildlife. While that might not seem like many, there were zero calves spotted last year.

“This has been a good calving year after a very disappointing year last year when no calves were spotted off Northeast Florida [or] Southeast Georgia,” said Dr. Quinton White, executive director of Jacksonville University’s Marine Science Research Institute.

According to FWC, only about 500 North Atlantic right whales remain.

“The numbers are so low that every calf is important,” White said. “What worries me about the right whale, is that there are so few of them that the chance of them encountering and reproducing has dropped.”

Overall, White said he was “cautiously optimistic” about the future of the right whale and hoped the population would rebound in a way similar to manatees. But that, he said, would take many more productive calving seasons.

White said the most common causes of death for the right whale are attributed to humans; boat strikes and fishing lines. He also said plastics pose a risk for the critically endangered whales.

“The right whales are a filter feeders,” White said. “And so they’re taking in a huge amount of plastic in their stomachs and this has the potential to cause trouble down the road.”

White said people can make an impact by cutting down on single-use plastics like straws and grocery bags.

“And I think if everybody, sort of, began thinking about how they live their lives and what they do, they can make a difference,” he said.