Many people living on Black Hammock Island have to drive half an hour to the nearest grocery store. With development inching closer, they're fighting for their home. 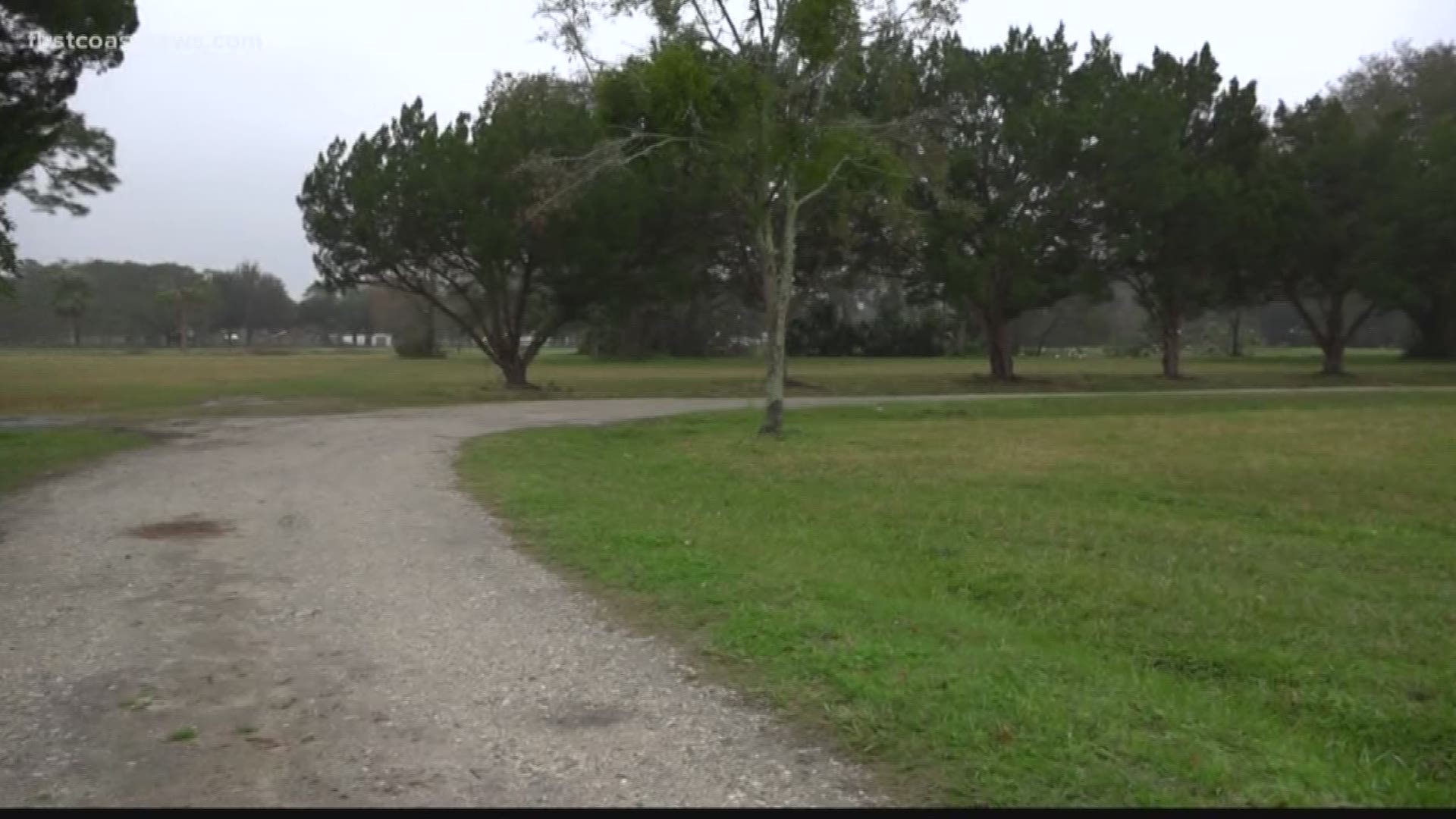 A proposed land use and zoning change making its way through City Hall could pave the way for a new housing development surrounded by several nature preserves near Black Hammock Island.

If approved, Ordinance 2020-0002 would rezone around 48 acres at 6131 Cedar Point Rd. from agricultural zoning to Planned Unit Development (PUD).

"As they put in one subdivision, that's gonna just let it snowball into more," said 46-year Black Hammock resident Jimmy Wood. "If we lose this battle here, then the next battle is useless."

Wood has seen change along the once quiet and rural Alta Drive, now lined with several large developments. Other developments, like Tidewater, have begun to creep down Cedar Point past New Berlin Elementary School.

The new development would be a mile east of the Tidewater neighborhood along two-lane Cedar Point Road and past Boney Road, the last intersection before a no-outlet drive to Black Hammock Island over three miles east.

"From Boney Road to here, we have no access," Wood said. "If we have an emergency, we have no way to go out if the roads are blocked for whatever reason."

Speaking with First Coast News, dozens of residents on Black Hammock, like biologist Tabitha Hootman, raised concerns about the potential loss of their rural lifestyle should the development become a reality.

"This is a gem to be preserved, not just for us but for everybody," Hootman, who moved to the island in November, said. "We just don't want to lose this beauty, this nature that we do have."

The land, which is lived on by a single family, borders Pumpkin Hill Creek Preserve State Park to the north and west.

Bogey Creek Preserve, a more than $1.2 million project funded by private donations to the North Florida Land Trust, sits at 6141 Cedar Point Rd., across the street from the proposed development site.

"It's amazing. I come home and it's peace," Hootman said. "I used to always want to be out of the house and I'm getting to where I don't even want to go to the grocery store. I love being here. It's peace personified."

In an impact analysis conducted in response to the application for a land-use change at the 48-acre site, the city's planning and development department acknowledges impacts on wildlife in the area were not taken into account because the area is two acres short of a 50-acre minimum threshold.

Around 14.5 acres of wetlands can be found on the site, which the department acknowledges "has a direct impact on the City's waterways." If approved, as the department recommends, 97 homes would be built on a portion of the total site.

"The wetlands provide buffer from storms, from flooding when the hurricanes come through it helps diminish the effects that you would normally see," Hootman said.

Residents on Black Hammock, who drive past the proposed development site to leave the island, said the island and the lands near it are a sanctuary for animals like bobcats and bears.

"Without the development, we have enough land for them to venture through, for our eagles and so forth," Hootman said. "It terrifies me that this is gonna be the gateway to bring in more development and completely fragment, and then you will see the moving of animals and destruction of habitats."

At the moment, the department writes that there is currently no information on the land-use change's impacts on wetlands, and that the PUD would eventually be evaluated to comply with wetland policies. 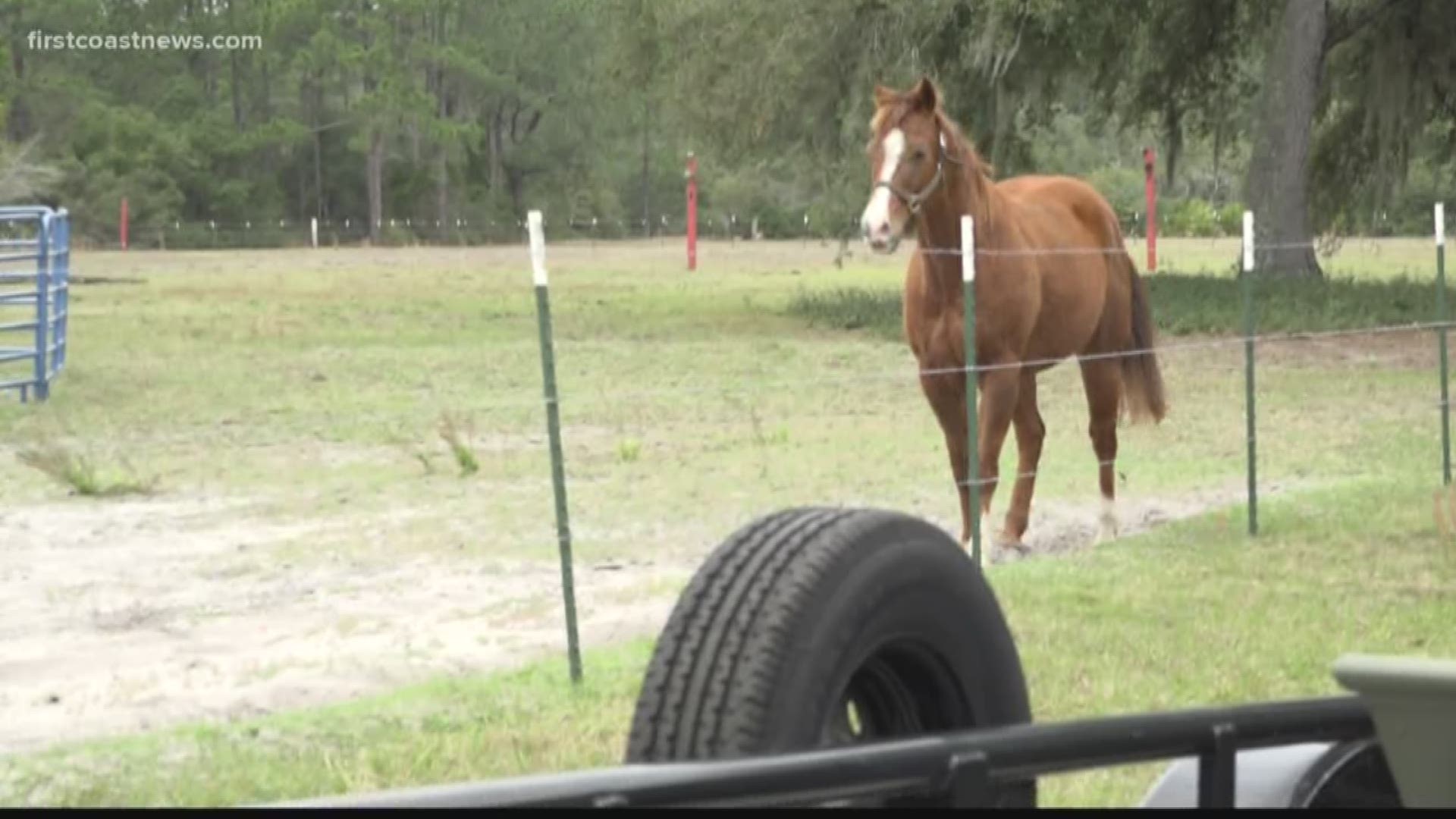 One Way In, One Way Out

The massive pine flatwoods and wetlands lining Cedar Point Road are a familiar sight for those who live on and near Black Hammock Island. With the nearest grocery store up to 30 minutes away for those on the northern tip of the island, the two-lane road is their connection to the world.

Two "No Outlet" signs are placed on either side of the road just past the intersection with Boney Road. Past those signs, not a single housing development stands.

"From Boney Rd to here we have no access," Wood said. "If we have an emergency, we have no way to go out if the roads are blocked for whatever reason."

Credit: WTLV
Two-lane Cedar Point Road is the only way in and out of Black Hammock Island.

Residents have said that in the past, big storms can wash out the bridge leading into the island. Wood said that the city has had to have a helicopter on standby ahead of big weather events should there be any kind of medical emergency.

"We enjoy the quietness," Wood said. "Anything we need we come together as a community and help each other."

Riding on a golf cart around his 12-acre farm, Wood makes stops to feed the catfish in his pond and point out a trap that has caught dozens, if not hundreds of hogs over the years.

Wood, who bought land on the island in 1973 and cleared it by hand, noted that there is a thread that unites people on Black Hammock Island: the desire to live away from the noise and traffic of urban life.

"If one subdivision goes in, what we're scared of is there's gonna be more," he said. "Then they'll ruin this whole environment out here. The water management, our way of life."

The planning department's impact analysis notes that the new development, if constructed, would add around 900 daily vehicle trips to Cedar Point Road and New Berlin Road, which is already busy during school pick-up and drop-off times at nearby New Berlin Elementary.

Credit: WTLV
Jimmy Wood sits in his golf cart in front of the barn on his property.

Fighting for a Way of Life

Native Jacksonville resident Allan Assaf was brought to Black Hammock Island as a 1-year-old boy, and since then he has not left.

Assaf, who runs a 100-acre active farm on the center of the island, spent much of his adult life working to buy acreage on Black Hammock.

"At age 19, I was spending every dime I had, and spent it for many years, to make sure I had roots here on Black Hammock Island to where I could raise a family," he said. "It's a great place to grow up."

With plans to continue his family legacy, Assaf sees encroaching development as a threat. Looking at the bigger picture, he said it is enticing for many people to sell their land for future development.

"It's almost lambs to the slaughter. These people are looking at huge amounts of money and they can go start their lives elsewhere," Assaf said. "You have people out here like myself that have had this property since 1972, and we would never consider it because we feel it would be hypocritical. We have fought this battle non-stop."

Assaf's son, Kevin Assaf, dreamed from a young age of purchasing a plot of land bordering his family's farm. At the age of 18 and with the help of his father, Kevin Assaf did just that.

During the public comment portion of a city council meeting February 11, council members watched intently as the 18-year-old laid out his desire to raise his children on the island to continue his family heritage.

"I wanted them to know that it's not just the older generation that doesn't want this development coming in. It's the younger generation too," he said after the meeting. "I watched my dad struggle really hard to pay for this land and give us the life that we live, I want the same for my kids."

During the meeting, development attorney Tom Ingram argued to council members that the Black Hammock residents who spoke against the proposal "live five miles down the road." But the residents see a far-reaching impact.

"There is money that is available for these landowners to get them paid from companies and organizations and trusts that will protect and preserve them," Allan Assaf said. "We're surrounded by a preserve, and that's where it needs to stop."

First Coast News reached out to Ingram for a comment on this story and to ask questions about the proposed development. He declined to comment.

Credit: WTLV
Allan and Kevin Assaf walk through their land on a rainy afternoon.