Cortez Rice says even if the verdict isn't what they hoped for, the family will continue to push for social change and justice. 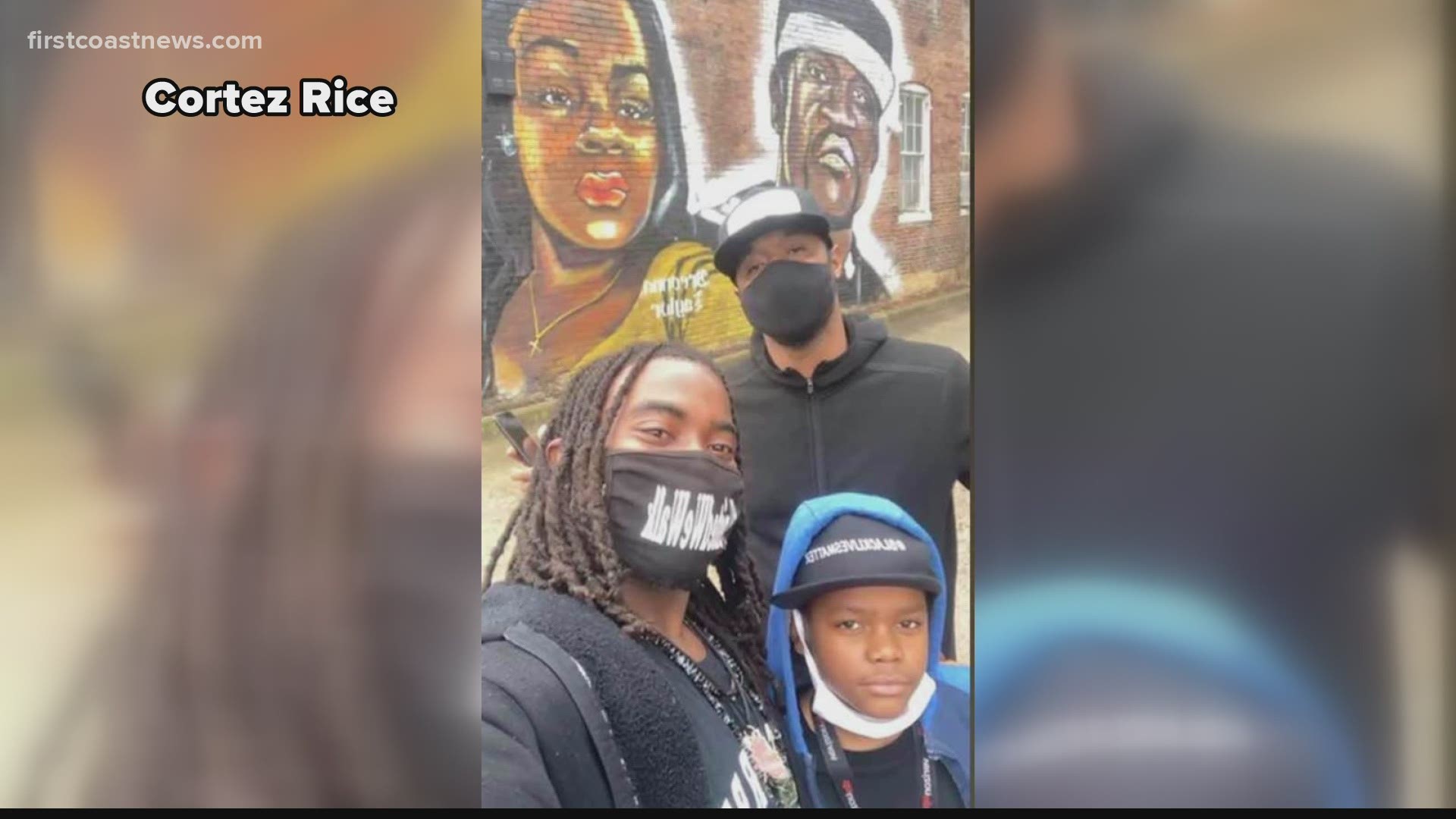 JACKSONVILLE, Fla. — George Floyd's family members are among people in the United States and around the world watching the trial of former Minneapolis Police Officer Derek Chauvin.

Cortez Rice, Floyd's nephew, came to Jacksonville in November 2020 for the funeral of Marcellis Stinnette, a local teen shot and killed by police in Illinois after a traffic stop. Rice now reflects on the trial and memories of his uncle in an exclusive interview with First Coast News.

The memories of Floyd flood Rice's mind as he watches the trial.

Rice says it's painful to see his uncle's character attacked in the courtroom.

“My emotions are just kind of mixed, but I’m staying focused and keeping hope alive and praying that we get the justice that we deserve," Rice said.

Rice says even if the verdict isn't what they hoped for, the family will continue to push for social change and justice in the future.

“It’s very unfortunate that this had to happen to him to get the change that he wanted," Rice said.

In the meantime, Rice remembers the time the two spent together and their joint love for sports.

“Every time he would come around and see the kids, he’d give the kids candy. He’d give them a dollar to go to the store. We’d hang out and watch the game, watch football, watch basketball," Rice said.

"The witnesses are not on trial here.. Derek Chauvin is on trial." That's what Cortez Rice, the nephew of #GeorgeFloyd, said as he reflects on the trial and what's to come after the verdict. I'll have an exclusive interview tonight at 5:30 on @FCN2go. pic.twitter.com/aOAio90An4