The push for the end of January to be the new deadline for JEA’s bidding process raises more concerns, as it mirrors the same push in a letter Mayor Curry sent. 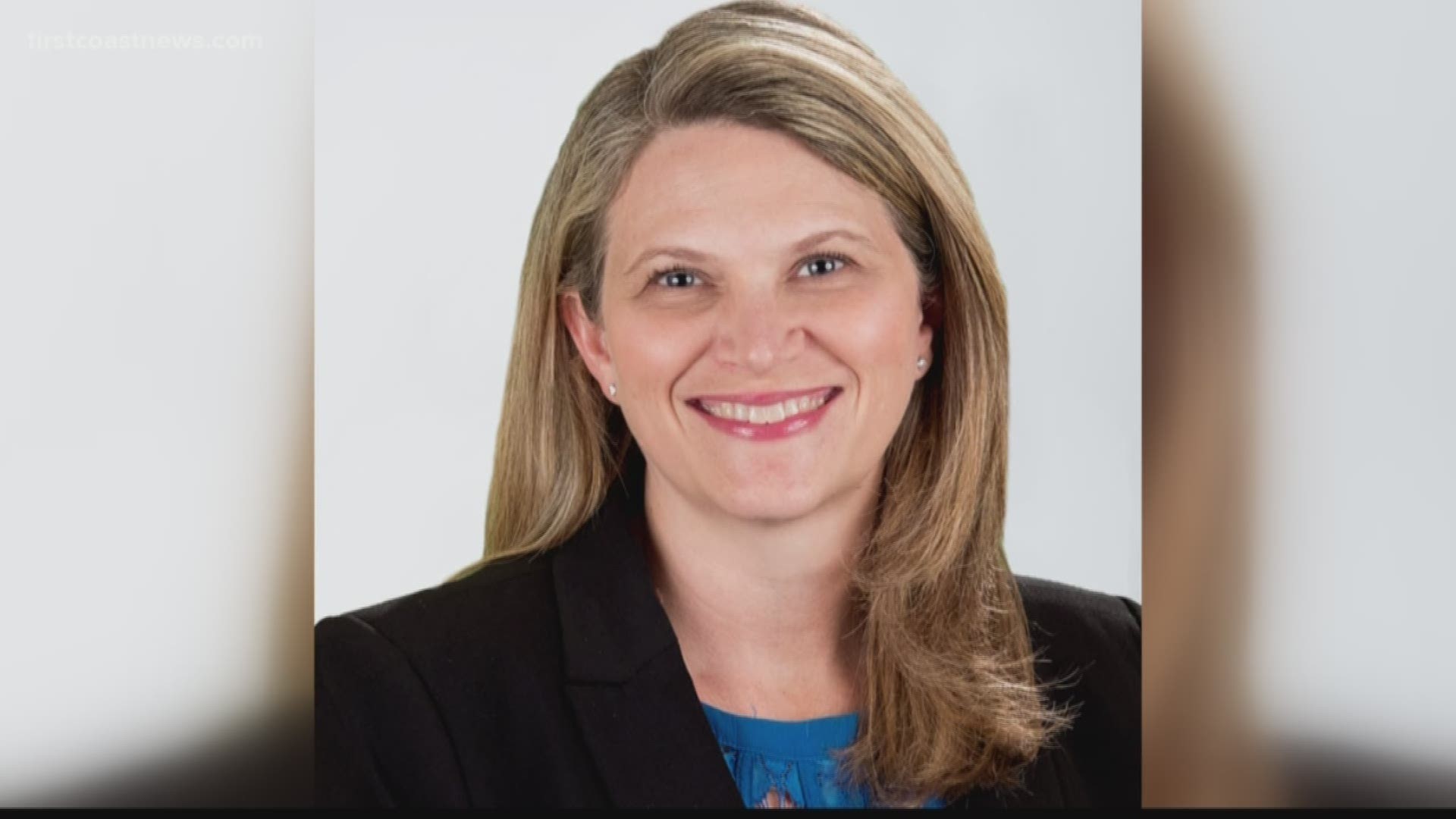 The pursuit of privatizing Jacksonville’s largest city asset has captured headlines for nearly two years. The past month has been especially turbulent for JEA, with several departures from their leadership, mounting criticism over a lack of transparency and, ultimately, a failed attempt to sell the public utility after what the mayor described as several “missteps”.

Both JEA leaders and the mayor’s office have come under fire since February of 2018 when talks of privatization were first debated in city council.

In March of 2018, First Coast News obtained exclusive documents that raised more questions about the timeline surrounding JEA and the Mayor's involvement, despite his insistence otherwise. This past week the mayor announced the sale of JEA would officially end, and it did, with a vote by the JEA board on Christmas Eve.

Following that vote, JEA released hundreds of pages of documents on Friday related to the Invitation to Negotiate or “ITN”, bidding process that took place over the past six months. The release identifies the companies that were involved in the bidding process.

Additionally, notes obtained from the city’s ethics director, Carla Miller, show detailed discussions between JEA and city leaders in private meetings that were held in preparation for closed-door negotiation meetings in Atlanta, Georgia.

On Christmas Eve, after those meetings took place, Miller sent an email to Lawsikia J. Hodges, the Deputy General Counsel for the city, extending her appreciation to City Council for allowing her to go to Atlanta to document the private meetings, since she had originally received pushback on the matter. In the email, Miller wrote:

I would like to thank the Council President for allocating funds for me to go to Atlanta to monitor the JEA negotiation process. As part of my travel report to City Council, I am attaching my notes of the negotiation meetings prior to the Atlanta meetings. (These were confidential prior to the ITN withdrawal this morning.)

I will have an additional report coming to you after Christmas on the Atlanta meetings. (Note: a court reporter was present at all of these meetings, so the actual transcript would be the best record of the entirety of what was said.)

Miller’s notes reveal new insight into the private meetings held over the past few months. In her notes from a JEA “Strategy Session” from November 26th, she writes that Stephanie Burch “was chosen to be lead negotiator” for the ITN process. Burch was promoted by Mayor Lenny Curry to Deputy Chief Administrative Officer for the city earlier this year.

At a private meeting over the negotiating process on Dec. 3, Miller makes a notes at the top of her page, “document handed out evaluating all current proposals; taken back by JEA at end of meeting."

She goes on to write that out of the 16 bidders who responded to JEA’s ITN, three were rejected, 13 were evaluated and four “scored less than 75”. Nine were invited to bid, but only 8 followed through with bids. She noted that some of the bidders only wanted a portion of the company, whether that be the electric side or the water side.

Those 8 bidders include American Water Works (water), Duke Energy (electric), Emera and Blackstone (electric), JEA PPP  (all), Blackstone Capital/Suez/ Emera  (all), IFM (all), Macquarie MIRA  (all) and Next Era Energy (all).

NextEra is the parent company of Florida Power and Light and was clearly a standout in negotiations, according to Miller's personal notes.

NextEra was the sole bidder that could net more than $5 Billion in a sale, with their projected total of $6.42 Billion, according to Miller’s notes.

Miller goes on to write that Burch, the mayoral official leading the meetings, wanted “it to go to Board of JEA at end of January”. Miller notes that Burch pushed for this expedited deadline several times, writing, “all contracts have to be signed and final by end of Jan; banker in NY says that is ‘an extremely aggressive timeline’,” and “charge to the finish line”.

The push to have bids complete by the end of January is far from the timeline given to media from JEA. Originally JEA said it wouldn’t have a recommendation until February of 2020 and City Council would not start looking into the top bidder until March of 2020.

The push to speed up the timeline mirrors the same push that First Coast News obtained in a letter Mayor Curry sent to JEA Board Members on Dec. 12, in which he encouraged them to speed up the bidding process.

In her notes, Miller indicates JEA was ready to drop several of the bidders by Dec. 3 and that Burch wanted “an aggressive time period” that would ultimately result in some bidders dropping out on their own. They discuss telling the lower-ranked bidders that they “are far from top of bids”. In the meeting, Robert Hosay responds to Burch, saying, “yes, notify them that they are low in bid so you only negotiate with one entity, 2 at most".

At one point, Burch says she wants to “scare people away” and make it known to those lower bidders that “they have a lot of ground to make up” and to make it known to bidders “they are very far from #1 in some way”, according to Miller.

By the next day, Dec. 4, Miller writes that there will be a Transaction Announcement at the end of January. A process letter would go out to the top finalists, but she notes that the top bidder, NextEra (Florida Power and Light), would “not need evaluation guidance”.

Miller goes on to detail the phone calls made to the finalists, with NextEra remaining the front runner and January remaining the new deadline. It’s also clear, from the phone calls, that JEA wanted to keep their cards close to the chest from some bidders, while some companies expressed concern about “things going public”. The following are her notes from those phone calls:

2 p.m. Next Era…. Schedule: 1st week of Jan replies; transaction announcement will be the end of January.  Fast and aggressive time period.  “you could be successful”. We do not intend to publish names of those moving on.  “you are competitive”. We need guidance as we will spend millions.

2:30 p.m. PPP JEA… It is a very competitive process; your structure is interesting. Value is substantially below the top bids. To be successful, you have to move bid up substantially.  Asked for what the gap is; not to be answered. Can they get list of who is going on? No. Requests from vendors—check later.

2:40 p.m. Macquarie… It’s a competitive process; you could be successful; there is a delta in value between top.   Question—what is the reason for the rapid timetable?  SB (Stephanie Burch): important to meet date “to get it wrapped up”. It will go to JEA Board end of January with an announcement.  M: is there a date for City Council approval? No. Revised replies in by week of Jan. 13.  Will not be posting others names.  Delta in value… What is Delta? Won’t say.  Is it price? Not just that, all criteria in the ITN.   (they have a problem with making meetings next week?)

3 p.m. Emera…  Talk about partnering up. That could increase value and increase chances of being successful.  JEA will have docs next week to mark up.

3:19 p.m. American Water...  (Todd on competitive process).  Need more value on table.  Concern about things going public. They will get draft agreement next week to mark up.

On JEA’s revamped website, whatsnextjax.com, they’ve posted a collection of documents that they will continue to update in the coming days and weeks. They also posted the original replies from the companies that put in bids during the ITN process, with an exception to two, including NextEra and American Water Works. Instead of posting their ITN responses, it simply says “Legal approval for publication of this information is forthcoming.”

RELATED: Mayor Curry says 'ITN' bidding for JEA is off the table, describes 'missteps' over past few months