The Sheriff's Office said the zebra's owner shot and killed the animal after it became injured during its escape. 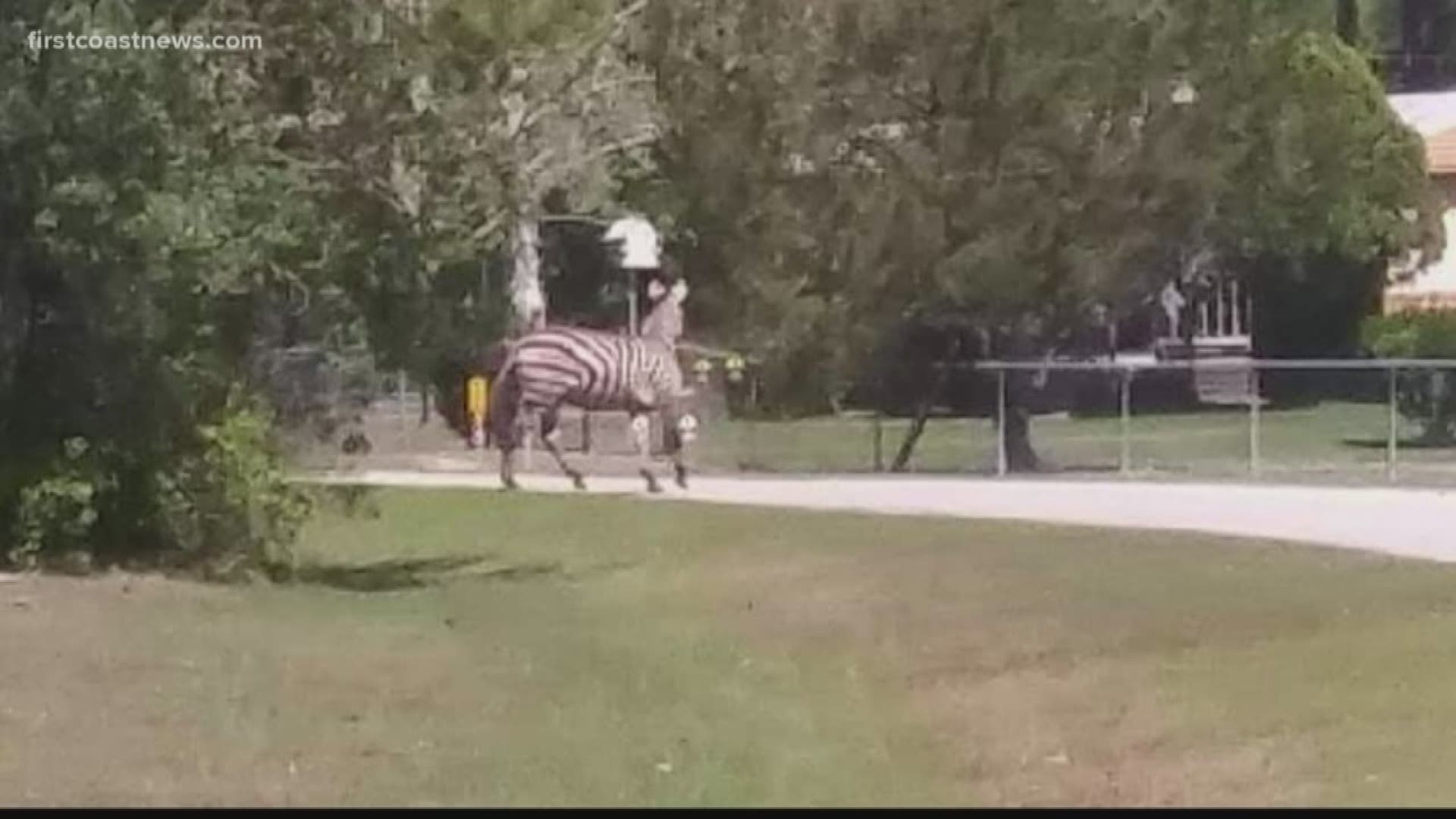 CALLAHAN, Fla. — The Florida Fish and Wildlife Conservation Commission is investigating after an escaped zebra was shot and killed in Callahan on Wednesday afternoon by its owner, who did not have a valid license to own the exotic animal.

The incident happened in the area of 6000 Iris Boulevard, according to the Nassau County Sheriff's Office.

Neighbors told First Coast News the zebra, named Shadow, is from the Cottonwood Ranch, which belongs to the zebra's owner.

The zebra was a Grant's Zebra, which isn't endangered.

Neighbors said Shadow is the owner's only exotic animal and FWC confirmed that to be true as they continue to investigate the circumstances.

The Sheriff's Office said Shadow's owner shot and killed the animal after it reportedly became injured during its escape.

Jenee Watkins says she watched it all unfold just feet from her home on Wednesday.

"I was walking my dogs over there and all of a sudden we see a zebra trotting down this road, and it gets to this corner and stops and feeds," said Watkins. "And then cop cars come zooming so the zebra runs into this yard and then all the way into that back field. That’s when a car comes zooming, cops are zooming, I’m standing there, the owner shot it and the zebra fell."

"He just shot him, he dropped," said Young. "They could have lassoed him like they do in the rodeo, it was cornered."

Young says an FWC investigator approached him when he arrived to the scene.