One local man and city leaders think this will boost the economy while preserving the character of the city. 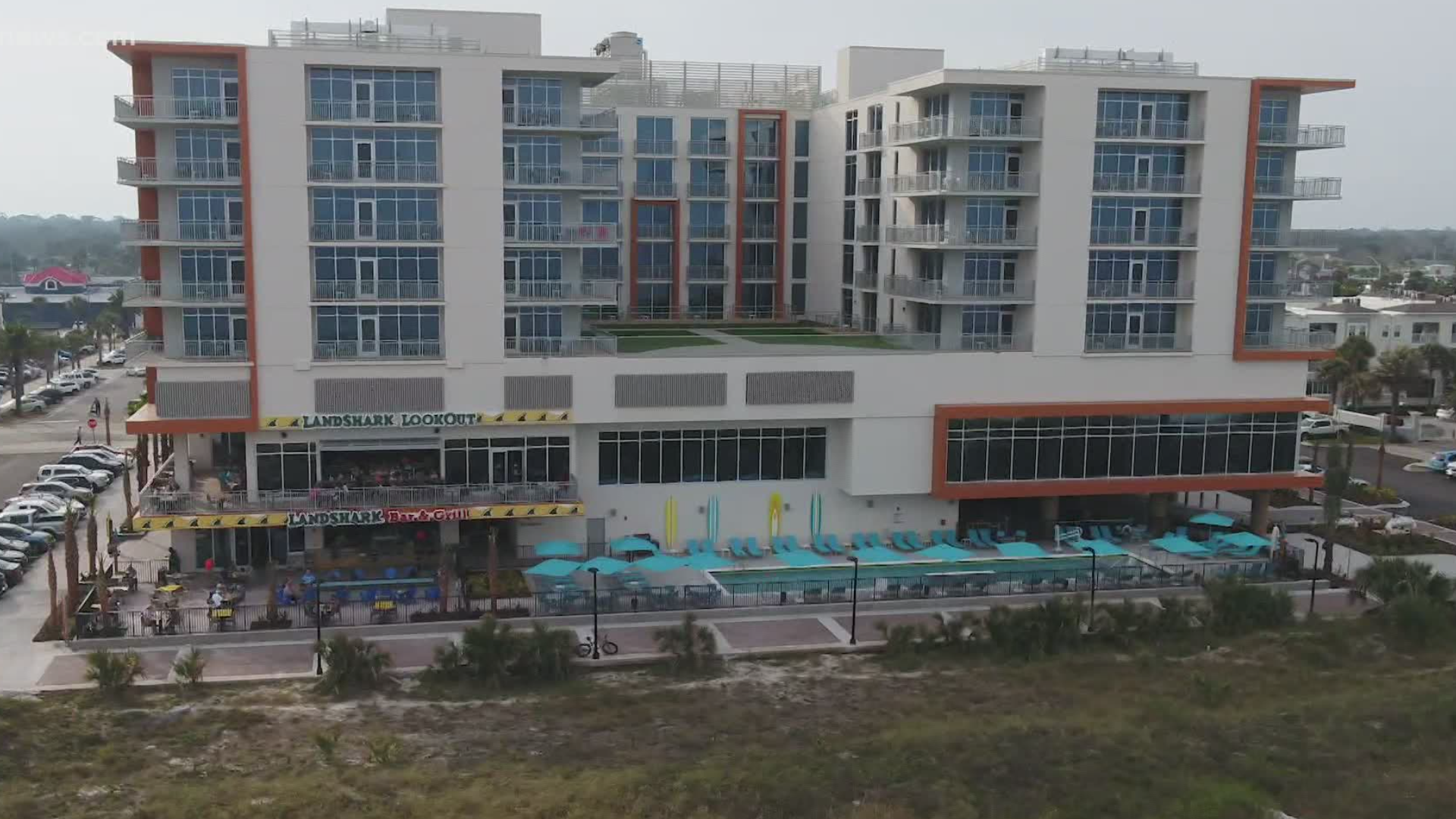 JACKSONVILLE BEACH, Fla. — A business boom is expected at the Beaches thanks to one hotel.

The Margaritaville Hotel in Jacksonville Beach, which took two years to build finished early despite the pandemic.

It’s expected to bring hundreds of jobs and lift up surrounding local businesses.

Even if you’re not staying in one of the beautiful rooms, you can still come in to enjoy a “cheeseburger in paradise” at the hotel.

One longtime Jacksonville Beach resident thinks this hotel will add to the character of this city.

“The atmosphere is great, it’s kind of a party atmosphere,” a patron at Margaritaville Hotel said.

The Landshark Bar and Grill inside the Margaritaville Hotel impressed Stephen Fitzgerald, a resident of Jacksonville Beach for 13 years.

“The beach is huge and there is some room here, and I think the path of what our local officials are following is pretty good, I think we’re on the right path,” Fitzgerald said.

Fitzgerald thinks it will attract people while preserving the hometown feel, while also not experiencing problems of cities like Miami or Fort Lauderdale.

Margaritaville general manager Kristin Delgado estimates 200 jobs will be created and the guests will cause a ripple effect.

“Our guests that we are going to have are going to stimulate all the local businesses and enjoy this beautiful city,” Delgado said.

Jacksonville Beach Mayor Chris Hoffman agrees this is one of many major developments the city can look forward to.

“When we look back on the development of Jax Beach, this will probably be an inflection point where the bar is going up,” Hoffman said.

She’s also waiting for other developments in Downtown Jacksonville Beach, including a hotel near Surfer The Bar among others.

While the growth is impressive, Jacksonville City Councilman Rory Diamond who represents the Beaches area thinks there is still room for opportunity.

“We’ve got some older hotels that I think you’ll see bought up and re-done into something beautiful but not necessarily bigger. We’ve hit our limit in size but we can go up in quality,” Diamond said.

Quality that keeps people like Fitzgerald here to stay.

“Jacksonville Beach has its character and I don’t think [the hotel] is going to have a negative impact on it,” Fitzgerald said.

Hotel staff say bookings have been coming in at a brisk pace. They say the goal is to create a sense of escapism for guests.

RELATED: Residents near Sebastian Inland Harbor Project in St. Augustine move out of home out of frustration