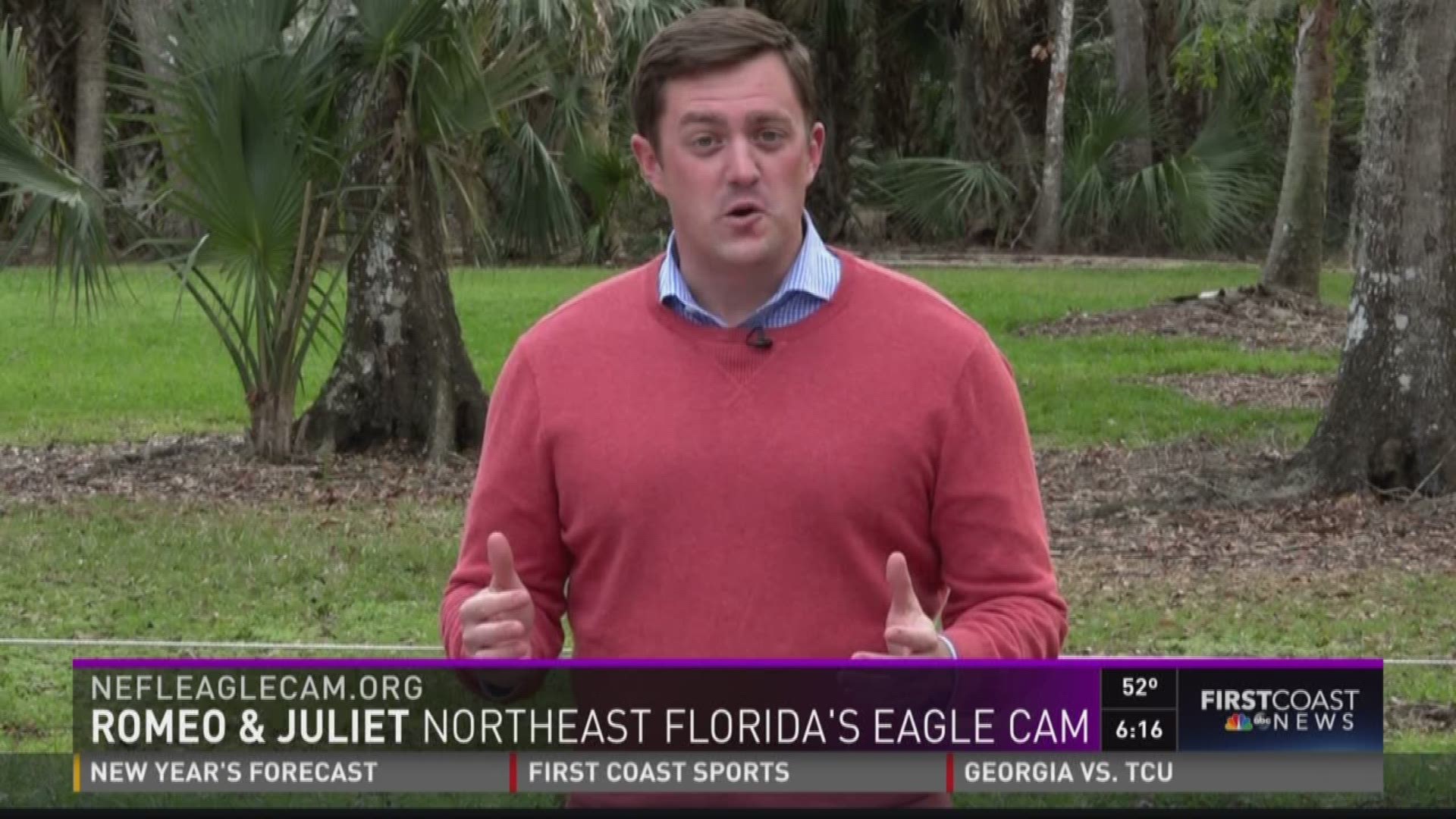 JACKSONVILLE, Fla. - A pair of eagle mates named Romeo and Juliet have called a Northeast Florida park home for the past nine years.

They, like the eagles being watched in Southwest Florida, have a large following online. However, this pair has an impressive parenting stat in that all 16 of their known eaglets have taken flight.

”They’re like family and I can usually spot them better here than I can on the cam," said Gretchen Butler who monitors the nest.

Four seasons ago, she decided others should get to monitor the nest, too.

Three live cam’s were installed while the eagles were away during the summer. Each year, the number of people who follow the nest online quadrupled.

”The male does most of the hunting, so he delivers most of the food. The mom does most of the housekeeping. She owns the nest. She’s very bossy and she’ll let him know it," Butler said. "Before you know it they’re beaking at each other like a married couple.”

This nest is on the First Coast, but monitors keep the location secret. At the site, a long rope maintains a safe perimeter around the nest.

While people keep their distance, the camera’s serve as a way to get up close while the baby eagles grow.

”I protect these eagles with my life," she said.