The battle over $2 billion to repair Duval County’s aging public schools has moved from city hall to the county courthouse. 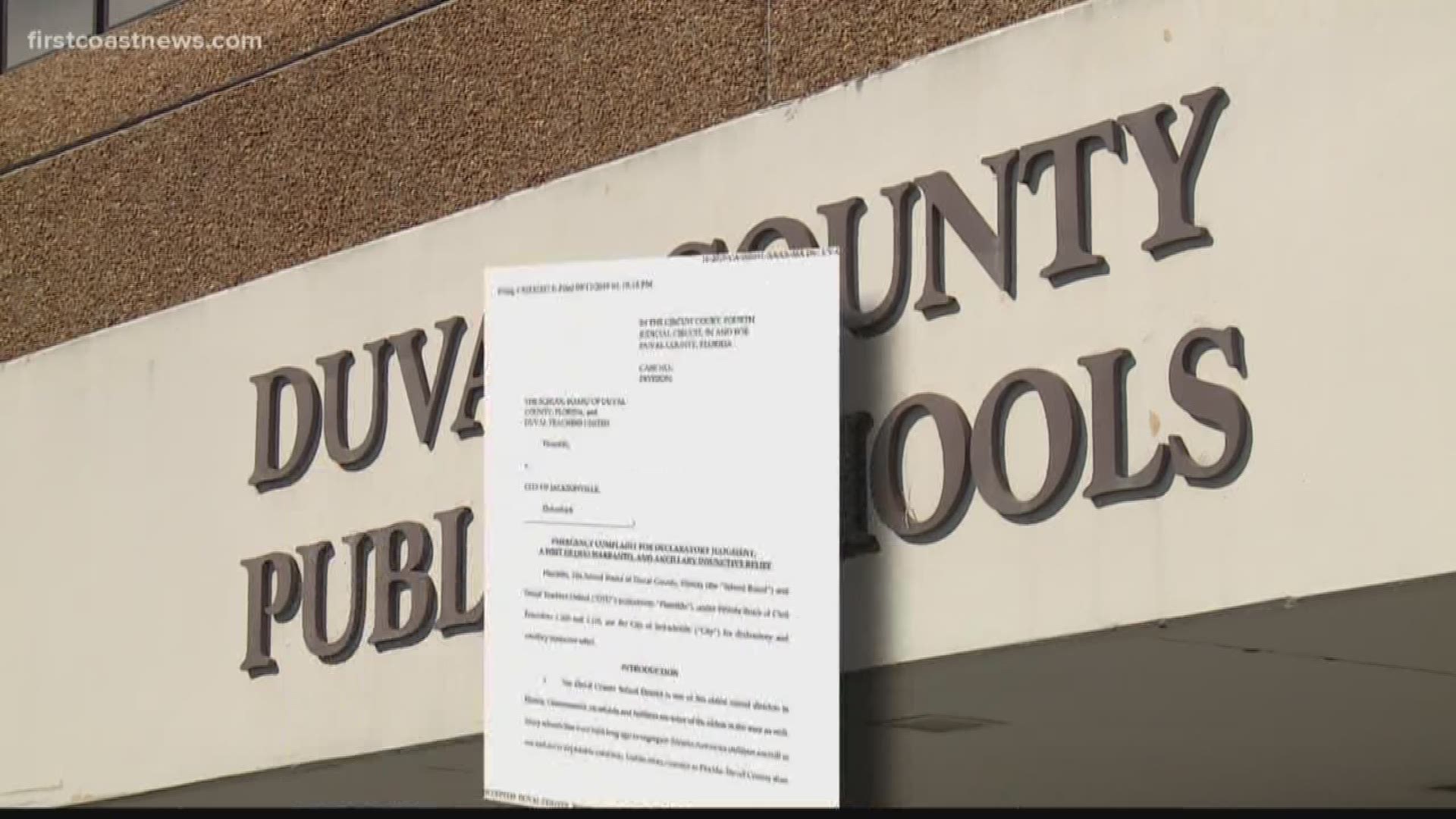 The battle over $2 billion to repair Duval County’s aging public schools has moved from City Hall to the county courthouse.

The Duval County School Board, with the teacher’s union, are now suing the City of Jacksonville for denying a half-cent sales tax referendum from being placed on November’s ballot so voters can have the opportunity to decide if that money should go toward school repairs and upgrades.

The lawsuit from DCPS comes just one day after a similar lawsuit was filed by a group of parents and grandparents who claimed city council overstepped its authority by refusing to put it on the ballot.

School Board Chairwoman Lori Hershey says they’ve filed suit because they hit a dead end with the city and they didn’t want to give up on what they believe is best for their schools. She also says they appreciate the efforts made by Duval County families to show their support.

"I think it’s great we have parents who rallied behind the school board," Hershey said.

For nearly 100 straight days, the school board pushed for a surtax referendum to go to a vote.

"So voters can decide on the future of our public education," she said.

But, to no avail.

"The board exhausted every possible measure, from one-on-one meetings, between our ability to meet with council members as a collective group and individually," Hershey said. "I would not say the board did not try."

In the lawsuit, they are not looking for money; their goal remains the same.

As their attorney, Hank Coxe puts it, “their mission is to get this on the ballot and let the voters decide."

City Councilman Matt Carlucci is a known supporter of the referendum.

"When big companies come to Jacksonville, they ask three things, is your city safe, how is your downtown and what is your education like?" he said. "And downtown is gaining a little momentum, but schools, we had a chance to really make history if we had passed it, but we didn’t have the votes."

While he is a supporter, he says he can see it from both sides.

"My colleagues had some questions that they wanted answered, and I don’t feel like they were getting the questions answered that they needed to give them a comfort level to vote for it," he said.

Carlucci says city council’s original job was to find a date for the referendum to go on the ballot. Due to an interpretation by the city’s attorney, that role was expanded, thus allowing them to reject it altogether in a vote of their own.

The school board’s lawsuit states, “The City of Jacksonville’s failure to place the School Capital Surtax before the voters is contrary to a plain reading of the statute and relies on a fundamental misapprehension of its power vis-à-vis the school board.”

The city said they were drafting a statement for First Coast News in response to the lawsuit, but we have not heard back from them yet.