“We have to protect our city’s identity, and this is how we do it. This is how it begins.”- Brian Law, director of building and zoning. 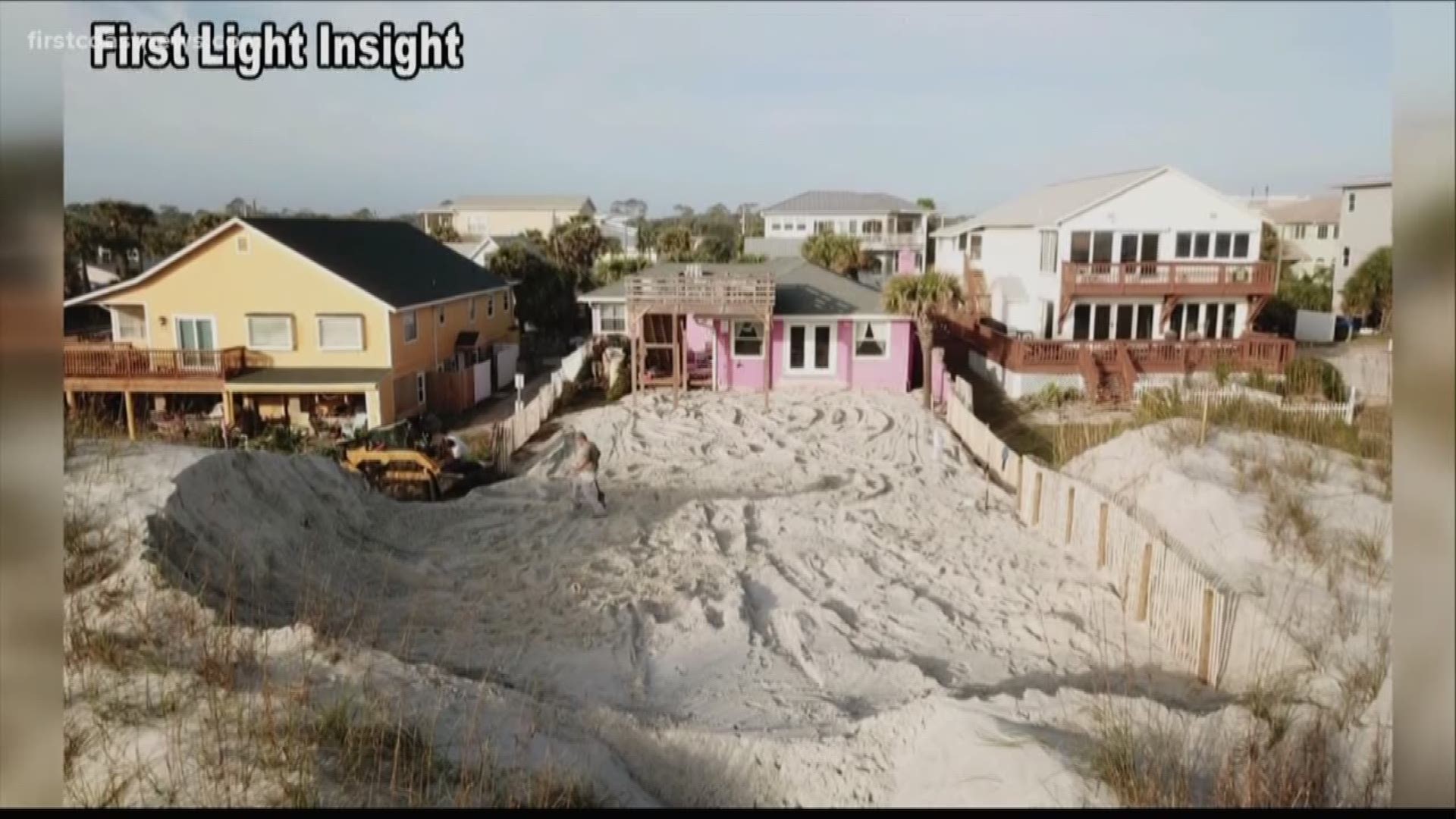 The City of St. Augustine Beach is strengthening its codes following a homeowner excavating dunes in front of their home.

Brian Law, the city’s director of building and zoning, has been working on an ordinance to make sure this won’t happen again.

“We put our own little spin on it, and that’s well within our rights,” Law said. “We have to protect our city’s identity, and this is how we do it. This is how it begins.”

The new proposed ordinance states, “The city shall not permit nor recommend development that modifies undisturbed areas of the coastal dune system in the City of St. Augustine Beach.”

Law said that gives his office the right to reject any requests.

In the previous case, the office didn’t have that power whether it agreed with the project or not.

“They appeared to meet the code and at that point, they sought legal counsel and we turned them over to the attorney,” Law said. “The city attorney had advised us to sign the paper because we wouldn’t issue the permit and it complied with the intent of our code.”

“We didn’t have anything on our books because personally I would have never thought something like this would happen,” said City Commissioner Dylan Rumrell. “We’re moving forward now knowing it’s a possibility this could happen, we’re going to stop it now.”

With that new ordinance, the applicant would be able to appeal the decision to the city commission and then the circuit court. In this case, city attorneys will be involved all the way through the process.

“I think as long as the city in collaboration with the commission and the planning and zoning board does everything in their power to strengthen the codes and protect our dune system, then I think we’ve done our jobs,” Law said.

If approved, the ordinance will go into effect in April.

In the meantime, the city has taken measures to protect the dunes before the ordinance is approved.

“But now if someone applies tomorrow they will be rejected based on comprehensive plan section CC1.2.9,” Law said.

That section states, “The city shall not permit development that modifies undisturbed areas of the dune system.”

That comprehensive plan was approved on Jan. 6.

“Moving forward, we have a plan to protect the residents of St. Augustine Beach better from now on,” Rumrell said.

RELATED: Excavated dune in St. Augustine infuriates neighbors but is legal according to state regulators