The Jacksonville Fire and Rescue Department believes street drugs laced with fentanyl are the cause behind the rise. 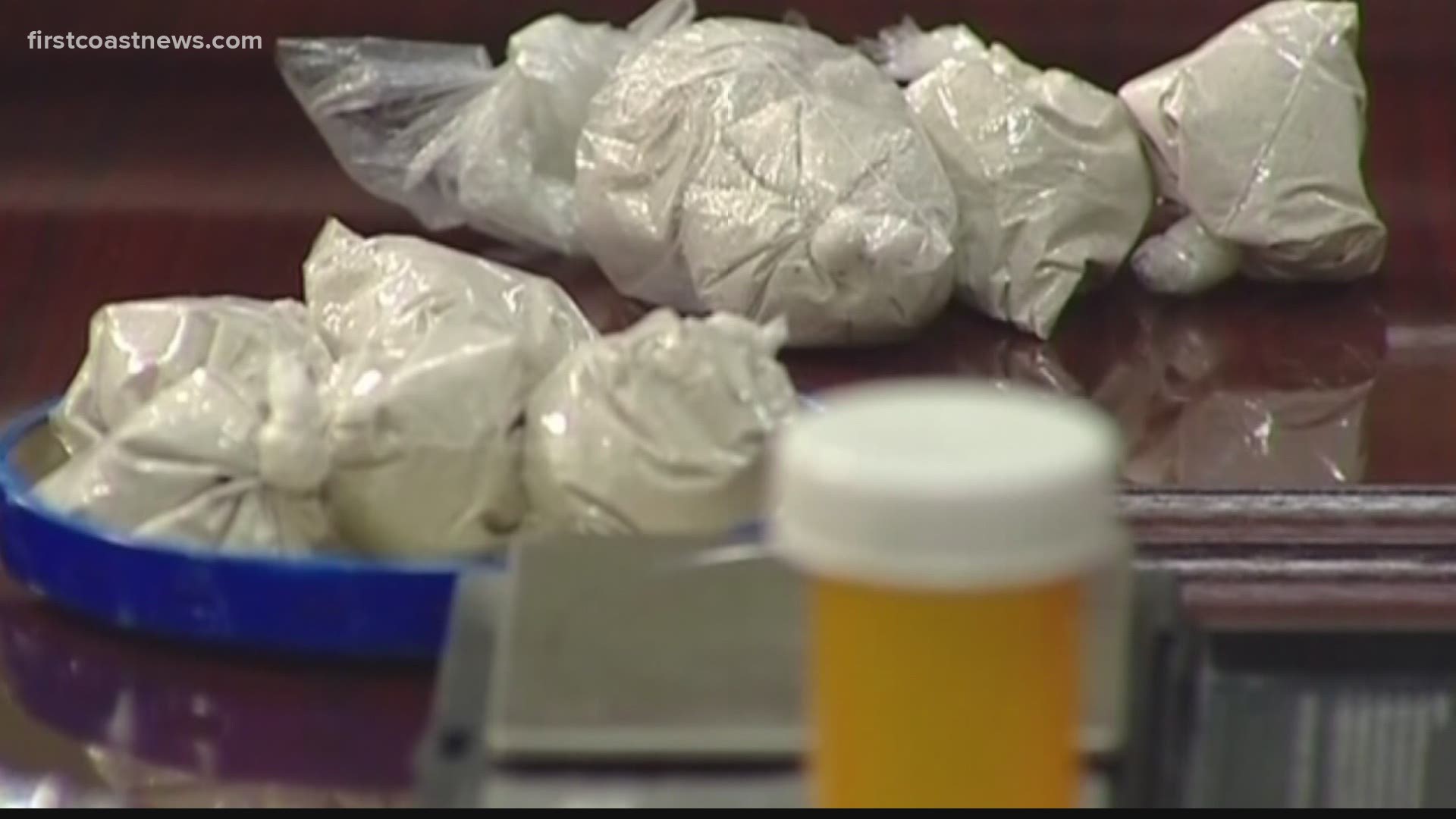 JACKSONVILLE, Fla. — The Jacksonville Fire and Rescue Department says drug overdose calls and the use of naloxone, used to reverse the effects of a drug overdose, have steadily increased the past five years, and the surge shows no signs of slowing down.

JFRD hardly ever used to see drug overdoses, but now it's usually a daily occurrence and many times over.

“We have a crew that went to the same person for an overdose three times in an hour and a half, Eric Prosswimmer said.

JFRD spokesman Eric Prosswimmer says overdose calls and the use of naloxone, also known under the brand name Narcan, increased about 20 percent from 2019 to 2020. The department received more than 5,000 calls last year.

“They continue to rise in 2021," Prosswimmer said.

Prosswimmer suspects one thing is being the increase.

“The increase we know is due to fentanyl," Prosswimmer said.

Fentanyl is a powerful opioid up to 100 times stronger than heroin.

“I’ve talked to people we’ve brought back to life, and they’ve said, ‘Look, I did the same amount I always do, and it’s never affected me like this.’ Well, the amount they did never included the fentanyl,” Prosswimmer said.

“We had one point where our Narcan use for the year was higher than our budget for all of our medications for the entire year," Prosswimmer said.

"It takes just a few second to give and a few seconds to save a life, and that buys that patient time," Rowley said.

The Jacksonville Sheriff's Office reports many drugs people buy on the streets are laced with Fentanyl. JSO charged Mark Singletary this week with manslaughter in connection with the death of one of his customers.

“Because of its addictive quality, drug dealers or whomever, they’ve got people coming back. They’ve got repeated customers," Prosswimmer said. "The problem is then they’re killing some of these repeat customers.”

JFRD typically receives a $60,000 state grant each year to pay for Narcan.

“You take it out of the full package, tilt their head back, squirt it in their nose, and within about two minutes they’re going to start breathing and waking up," Rowley said.