An Orlando-based company is changing the game when it comes to drone deliveries. 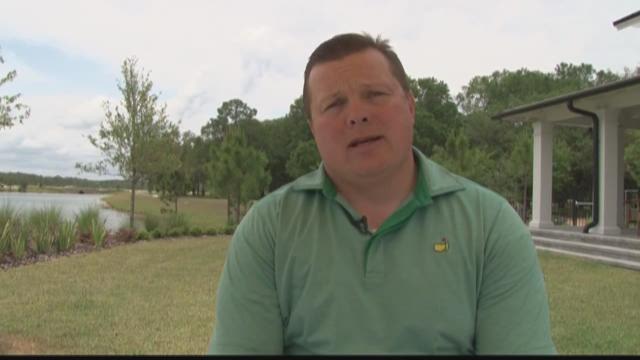 ST. JOHNS COUNTY, Fla. -- We've heard of drones doing all kinds of things such as shooting video and even delivering packages for Amazon.

Now, one Florida company named Archer says its drones can deliver defibrillators to people having heart attacks. The business was debuted in St. Johns County Thursday.

Basically, a drone, which carries a defibrillator, is housed in a small bunker that sits on the ground somewhere in the middle of a neighborhood. At a moment's notice, the bunker can open, releasing the drone-carrying-defibrillator, helping a person in need.

"I was a lifeguard way back, long time ago. We were trained to use AED's," Gordon Folkes said. Now he is venturing into a different lifesaving kind of work. He is taking his passion for drones and has created Archer.

"We're calling this a soft launch," he said.

Thursday, Folkes debuted his business which targets master plan communities. The first public flight was at the Trailmark neighborhood in western St. Johns County. Several community managers from all over Florida watched.

Here's how it works: First, his company makes a grid of a neighborhood and programs in drop sites.

"Basically we have 2,000 drop points scattered all over the place," Folkes said.

If a person somewhere in the neighborhood has a heart attack, another person with them uses an app on a smartphone.

"And the system (bunker) will open up and fly one of those pre-programmed flight paths, bringing the defibrillator to the nearest drop coordinate to their location," Folkes explained.

Kraig Carmichael, CEO of Evergreen Lifestyle Management, oversees neighborhoods such as Trailmark, all over the state. He said something like this AED drone is needed.

"Right now we have one AED in some of the clubhouses," Carmichael said. "But to have it where it can carry it to a home or a golf course or somewhere out on property, that's a huge thing!"

Folkes said the drone can cover 8 square miles in under three minutes.

The idea that drones that carry defibrillators has been floating around for a few years. Now, this Orlando-based entrepreneur wants to expand this new business across Florida.

"We're in this game to try to reduce the number of deaths from cardiac episodes," Folkes said.

The company's CEO says the drones will operate in unrestricted airspace and each home owner's association will have to agree to any risks involved with the system.