The Dream Big! Foundation was created to carry on the legacy of Jim Borngesser who passed away from appendix cancer. 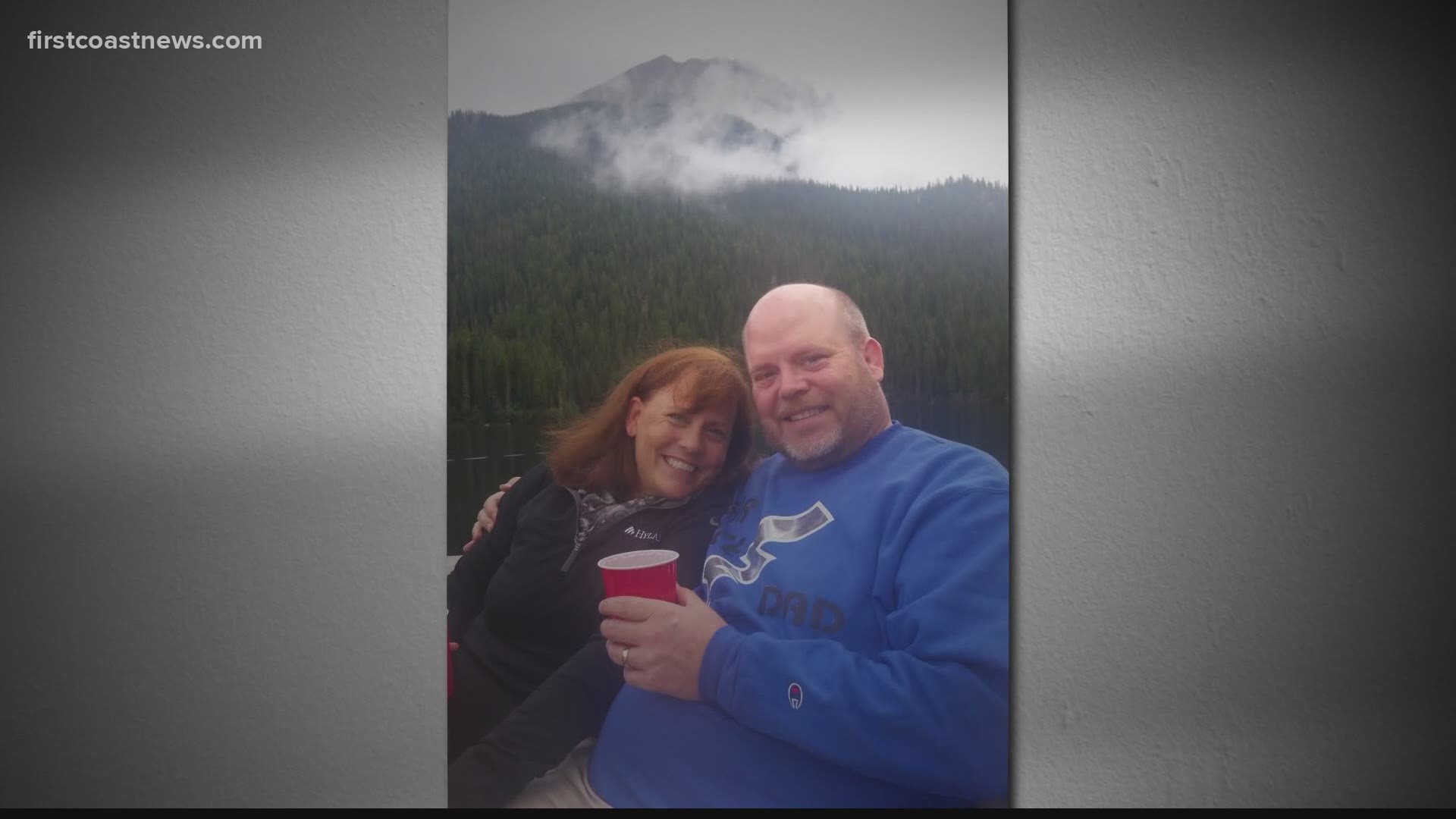 ST. JOHNS COUNTY, Fla — Anne Bean will never forget the day her late husband, Jim Borngesser, was diagnosed with cancer. He went in for a hernia surgery, and the doctor came out with news they were not expecting.

“The doctor came out and said it's not a hernia,” Anne Bean said.

It turned out her husband had an extremely rare form of cancer, cancer of the appendix. Their children were just 12, 14 and 16 at the time.

“It was tough for the kids, but the kids also learned a lot. They learned generosity from strangers,” Bean said.

Strangers and friends chipped in to help pay their out-of-pocket expenses as they traveled out of state for treatment. The specialist they found was in New York more than a thousand miles away from their home in St. Johns County.

“We probably had over a half a million dollars in expenses,” Bean recalled.

After a four-year battle with cancer, Borngesser passed away in 2017, just days after his 51st birthday.

“He said, 'You know, I'm sad that I'm not going to walk my daughter down the aisle. I am sad I'm not going to see one of my kids graduate from high school even, but the part that really makes me frustrated and really sad is that I don't have a legacy,'” Bean recalled. “'I think my legacy, I wanted to give back to people. I wanted to do things for people. I wanted to, you know, take care of people.' And he just felt cheated, that he didn't have the opportunity to do that.”

To carry on his legacy, she and his sister started The Dream Big! Foundation.

“As our kids left for school every day, he would give them the message I love you. Have a great day and dream big! He told them that every single day,” Bean said.

Printing his handwritten words on t-shirts, his motto traveled around the world from Hawaii to Africa, raising money through the sale of the shirts to help patients who have to travel for cancer treatments.

“Traveling doesn’t have to be really far,” Bean said. “We helped a police officer in Green Cove Springs who had a son who was being treated at Nemours.”

She is helping to give back in honor of her late husband who ran out of time.

The Dream Big! Foundation is hosting a big fundraiser. The Dream Big! Backyard Bash will be at Hope Pavilion in Ponte Vedra Beach from 7:30 p.m. to 10:30 p.m. on April 16, 2021. The outdoor concert will feature The Rivertown Band, food trucks and a beer truck. Tickets are available online for $25. Bean says the money raised will go to cancer patients who have to travel for treatment.