Tabernacle not on fire, but crews sent to scenes nearby

The fires were set amid protests that grew chaotic in the evening hours of Friday and continued into Saturday morning. 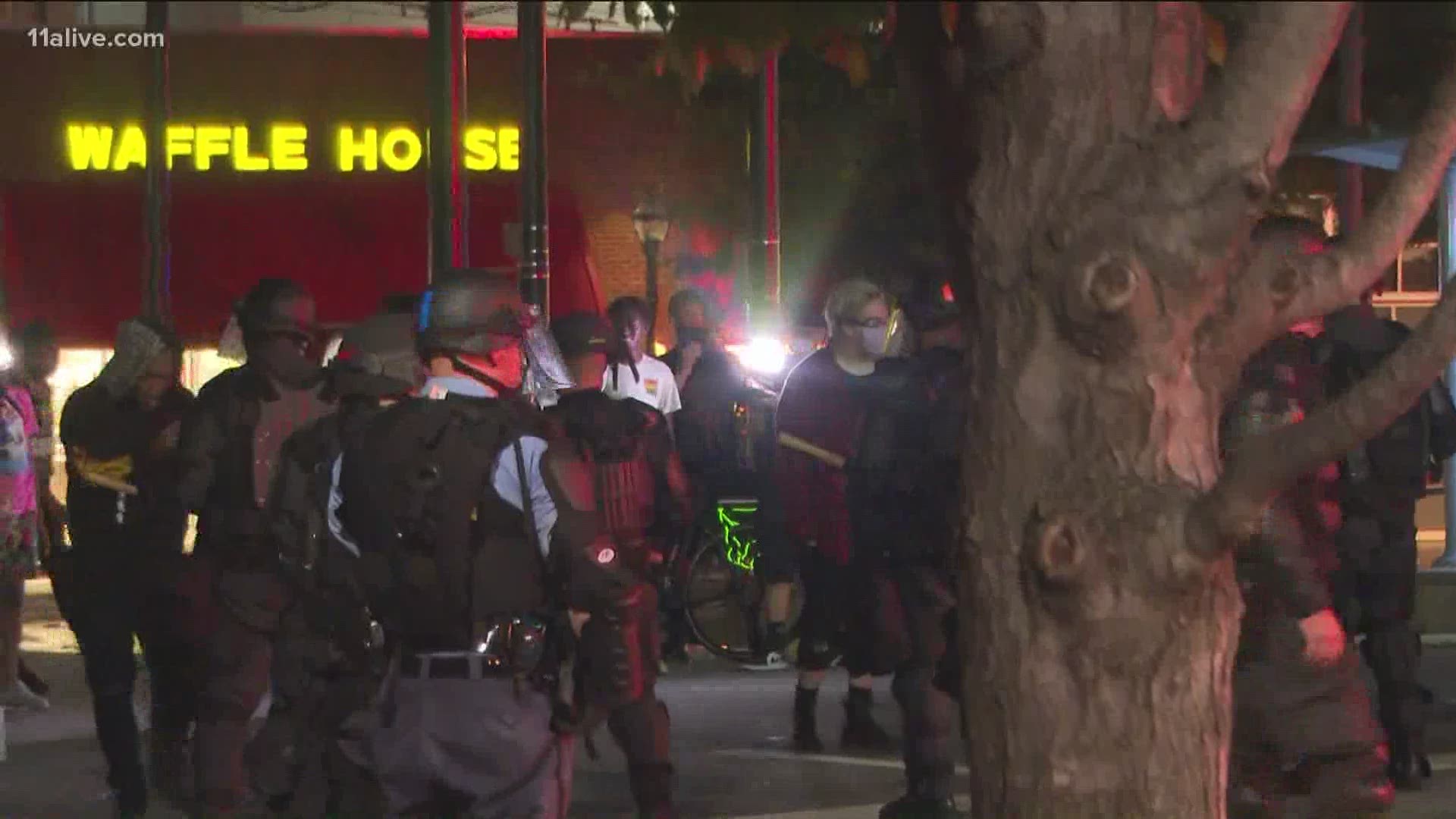 ATLANTA — An Atlanta landmark and renowned concert venue appear to have been spared by vandals and others damaging and setting fires in downtown Atlanta overnight into Saturday morning.

At around 1:15 a.m., Atlanta Fire tweeted that there was a "working fire" at 152 Luckie St. with what it described as moderate smoke - the address of Tabernacle Atlanta.

However, further information suggests the fire, while nearby, wasn't there. Cobb County Fire Rescue had been called in to provide mutual aid given the sheer number of fires being reported amid ongoing overnight protests.

That agency also provided mutual aid at that fire and later retweeted information providing further clarification that the fire was at or near a parking company office which is across the street.

Also very nearby, and just feet from the famed SkyView Atlanta Farris Wheel, a fire also appeared to have broken out in a construction site.  An officer on the scene told 11Alive that they believe someone threw a Molotov Cocktail into it.

Firefighters were able to bring the fires under control.

Live updates: Kemp declares state of emergency after night of violence in Atlanta

As Atlanta Police work to restore order in city, these stores have been vandalized, looted