There is no set time for the Berkman Plaza II demolition. 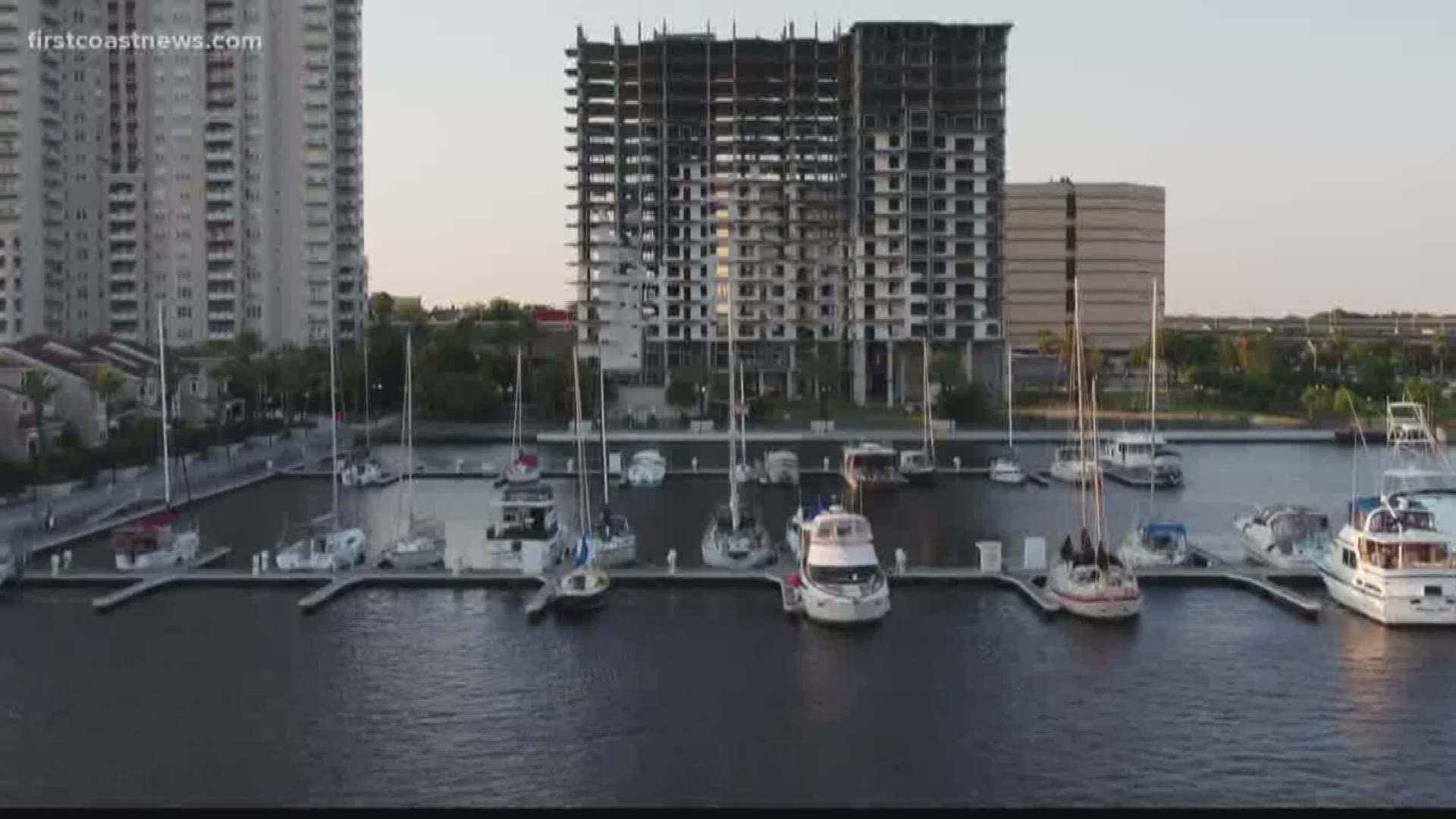 A Jacksonville eyesore is finally condemned and to be removed from downtown, according to an announcement made Monday.

After nearly 13 years sitting vacant, ugly and with no future in sight, an orange sign says the Berkman Plaza II is subject to demolition.

City of Jacksonville spokesperson Nikki Kimbleton confirmed the news of the Berkman Plaza II in a statement which read in part:

“We placed the signs on the building Friday, however at this time, there is no set plan or timeline to demolish the building.”

A resident in the Berkman I building filed the original complaint.

There are currently four open cases for the building, including incomplete construction without an active permit. The case also lists commercial, graffiti, and nuisance cases.

A demolition date could take six months to a year to set, but it is in very early planning stages.

Construction on the high rise building stopped in 2007 after a worker was killed and several others injured from a nearby garage collapse.

There was hope for the building in 2019 when a development company was set to turn the unfinished high-rise into a resort hotel. However, it withdrew its $112 million dollar contract last April due in part to land contamination and the loss of the USS Adams Museum.

RELATED: The longer the Berkman II Plaza sits empty, Duval is losing out