DONNA Marathon runner finds triumph after tragedy: 'It was definitely a feeling of self-accomplishment'

Manny Velasquez was hurt in a 2017 crash while running for the University of North Florida. On Sunday, he completed the Donna Marathon. 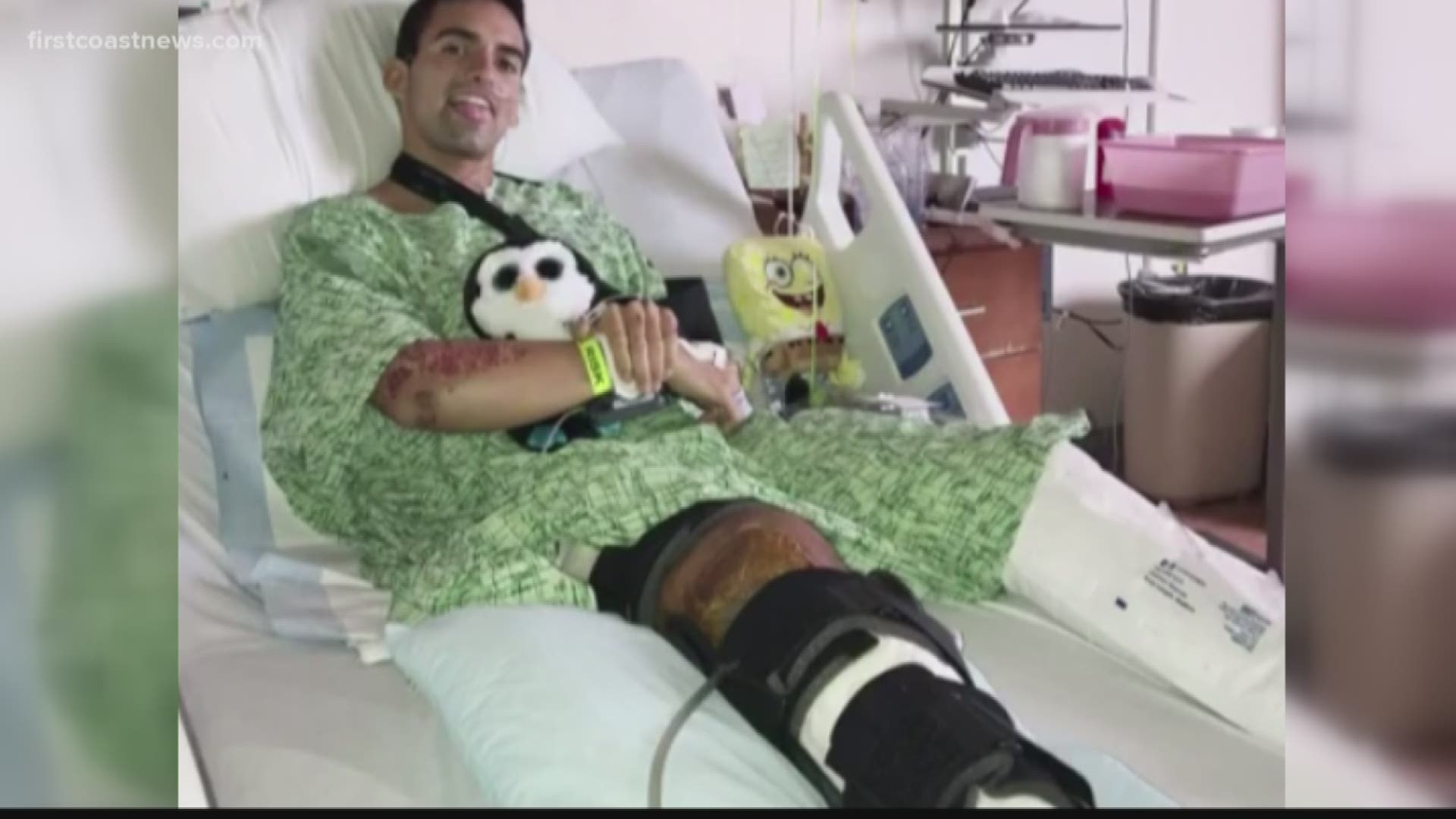 JACKSONVILLE, Fla. — On Sunday, Manny Velasquez not only finished the DONNA Marathon, he beat a personal goal of just under four hours.

It's quite the accomplishment considering three years ago he was in the hospital, uncertain if he'd be able to run again.

"I loved running and I had so much energy," he recalled.

At a track meet in North Carolina for the University of North Florida, Velasquez was hit and dragged by a trailer being pulled by a truck. The road to recovery was intense. His pelvis and collarbone were broken. Reconstructive surgery followed.

"That's the thing about this accident is that I had so many people around this whole thing helping me get through that time," he told First Coast News.

About three months before the marathon Velasquez told his girlfriend he wanted to give it a try. He ran long distances before but never 26.2 miles.

"When I got to the finish line, my legs could barely still stand, but it was definitely a feeling of self-accomplishment," he said.

The same people who were there with him at the hospital, including his mother, were with him during the race and encouraged him to not give up.

"I know what I did was hard, but if you can inspire others through what you are doing, you are doing something right," Velasquez said.