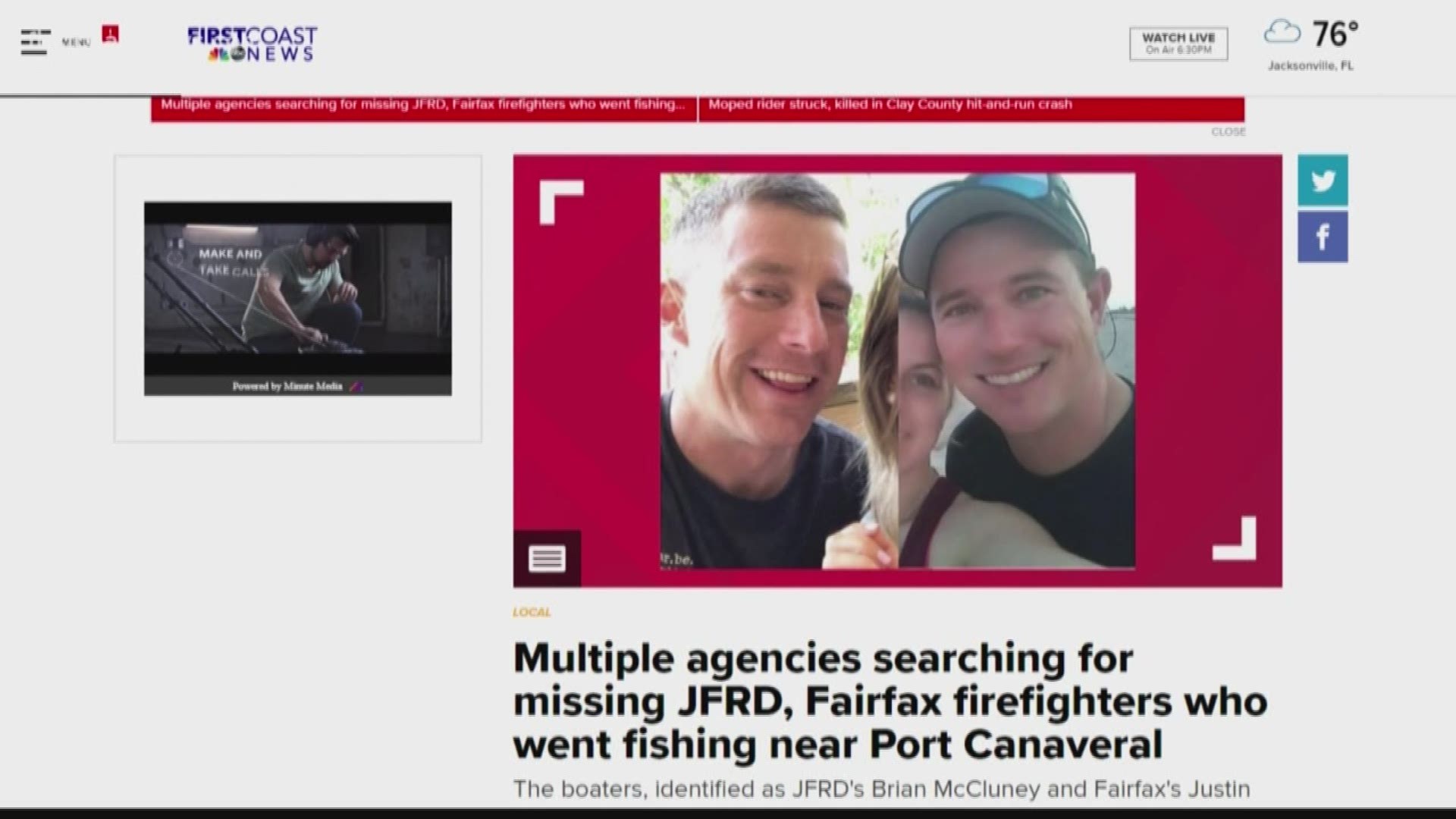 A donation page was set up Sunday to help fund search efforts for the missing Jacksonville Fire and Rescue Department and Fairfax firefighters.

The Jacksonville Association of Fire Fighters created the page due to the number of people wanting to help locate firefighters Brian McCluney and Justin Walker who went missing Friday.

The U.S. Coast Goard Southeast said that as of Sunday afternoon, crews had searched over 5,000 miles and were continuing their search via boat and air.

JFRD is also assisting with the search and has sent out 50 firefighters and 11 boats to help. Seven of those 50 are members of McCluney's shift, according to the district chief from McCluney's station, Patrick Gouin.