An unresponsive 6-year-old girl was transported to a Jacksonville hospital Sunday with life-threatening injuries after being bitten by what appears to be a "Pit Bull mixed breed", the Jacksonville Sheriff's Office reports. 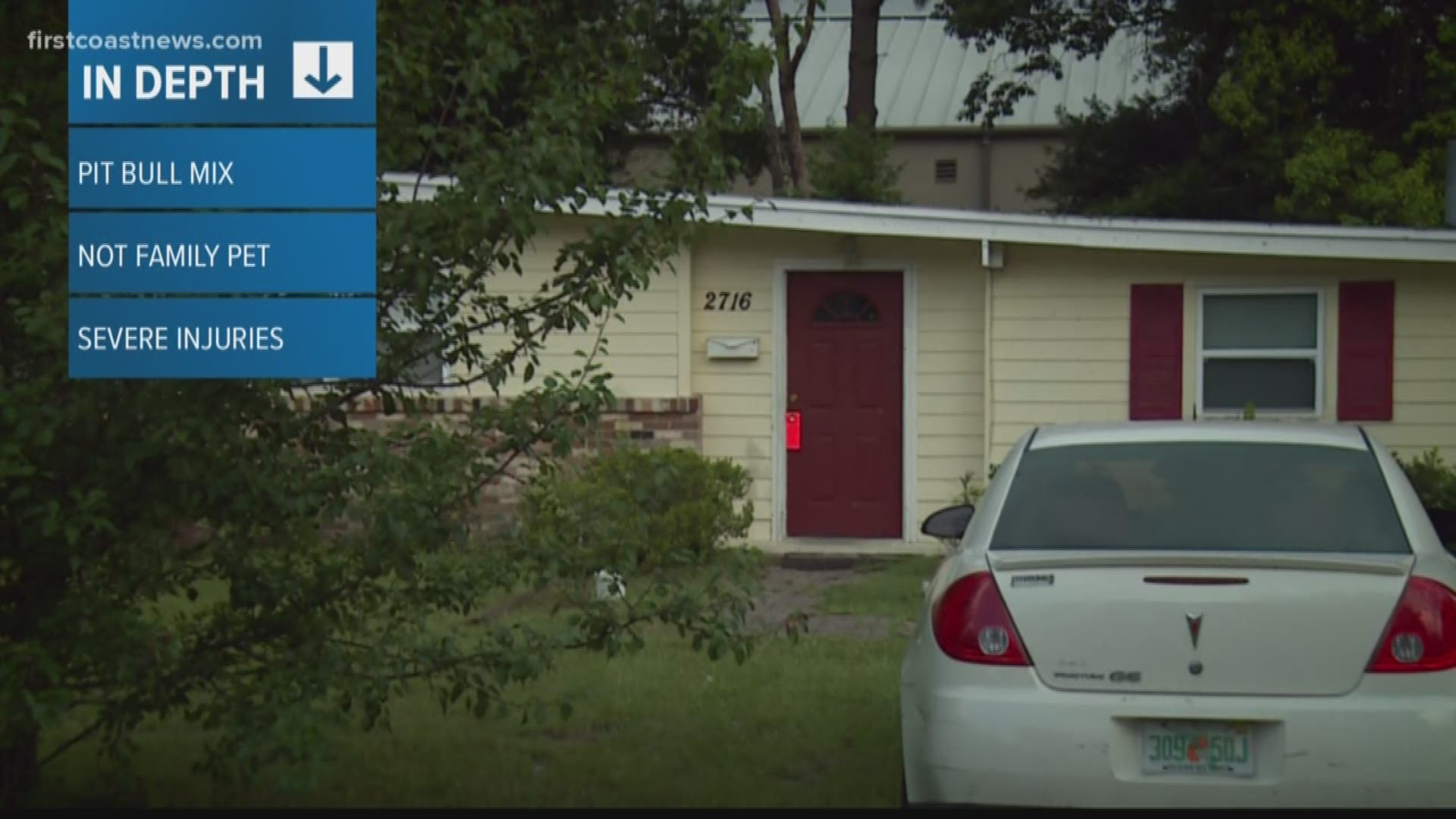 An unresponsive 6-year-old girl was transported to a Jacksonville hospital Sunday with severe life-threatening injuries after being bitten by what "appears to be a Pit Bull mixed breed", the Jacksonville Sheriff's Office reports.

#JSO is investigating a dog attack in an Arlington home. Six year old child is in life-threatening condition. Family was watching the dog that attacked for someone who was on vacation. #JAX #Jacksonville pic.twitter.com/tTt2qOWmBj

According to JSO, the child was unresponsive when emergency personnel arrived, and she was immediately transported to a local hospital.

The attack occurred Sunday morning around 10 a.m. at a home in the 2700 block of Herrick Dr. in Arlington.

According to police, more than one dog was in the home at the time of the attack. The dog who bit the child was not the family pet, but rather a dog the family was watching for someone away on vacation.

There were other children and a parent in the home at the time of the attack as well, police said.

A notice from Animal Care & Protective Services was posted on the door of a home in the neighborhood that says the dog has been impounded and quarantined.

This notice is now on the door of the home where neighbors say a little girl was bitten by a dog this morning. Says dog was impounded and is in quarantine @FCN2go pic.twitter.com/6B0LjuZRXu

The condition of the child is unknown at this time.

JSO says they are currently investigating the incident.

First Coast News has sent a crew to the scene. This story will be updated as more information becomes available.