Doctors at Bluestar Pet Hospital performed surgery on a dog they named Hope, who was found abandoned and malnourished in Duval County. 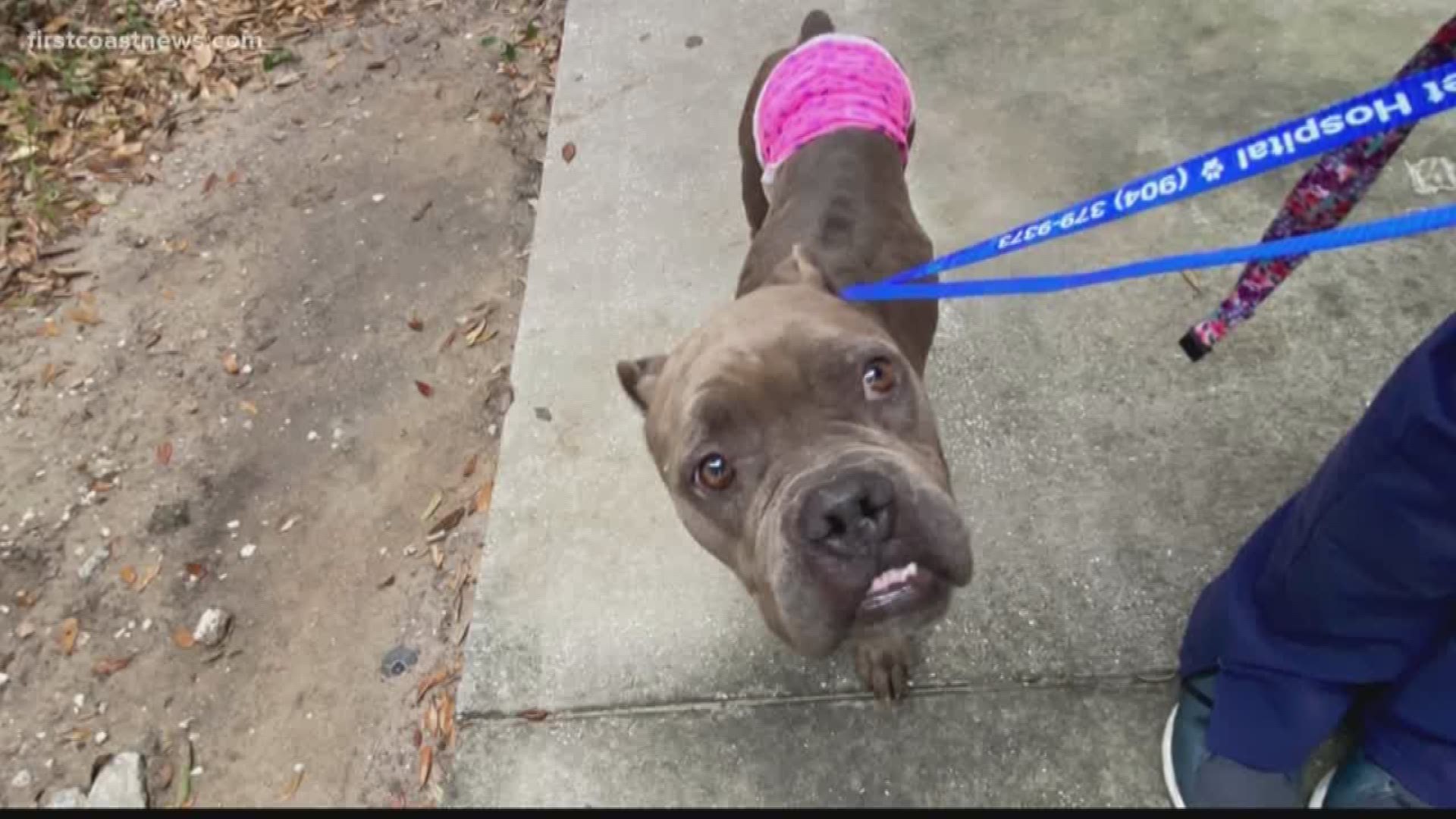 JACKSONVILLE, Fla — Doctors at Bluestar Pet Hospital in Jacksonville were optimistic the dog they named Hope will make it after surgery but gave her just a 50/50 chance. Hope was taken in by someone who found her abandoned and in declining health the previous week. Luckily Hope survived her much needed surgery and has been placed with a foster family until she can find her forever home.

"When I saw Hope, she was in severe shape of emaciation," veterinarian Amar Mechineni said.

He and his team got to work, finding Hope's intestines hanging out of a hole created by a hernia. She also had a tumor, which doctors believe formed after a botched surgery.

"I suspect Hope was probably kept for backyard breeding for a long time and she had some C-section in the past which was probably not done properly," Mechineni told First Coast News.

Mechineni said local animal abuse and neglect cases have not slowed down since he started working at the hospital in 2017.

In fact, Fur Sisters, the animal rescue group working with the hospital to treat Hope, says the organization needs at least eight foster families to help make a dent in placing dogs in need.

"Number one is to stop the abuse and everyone has to put their hands together to stop this abuse," Mechineni said.

If you are looking for free or low-cost veterinary services, First Coast No More Homeless Pets provides a variety of services.