A viral video shows many of the 400 people at an EDM concert Friday night without masks or social distancing. 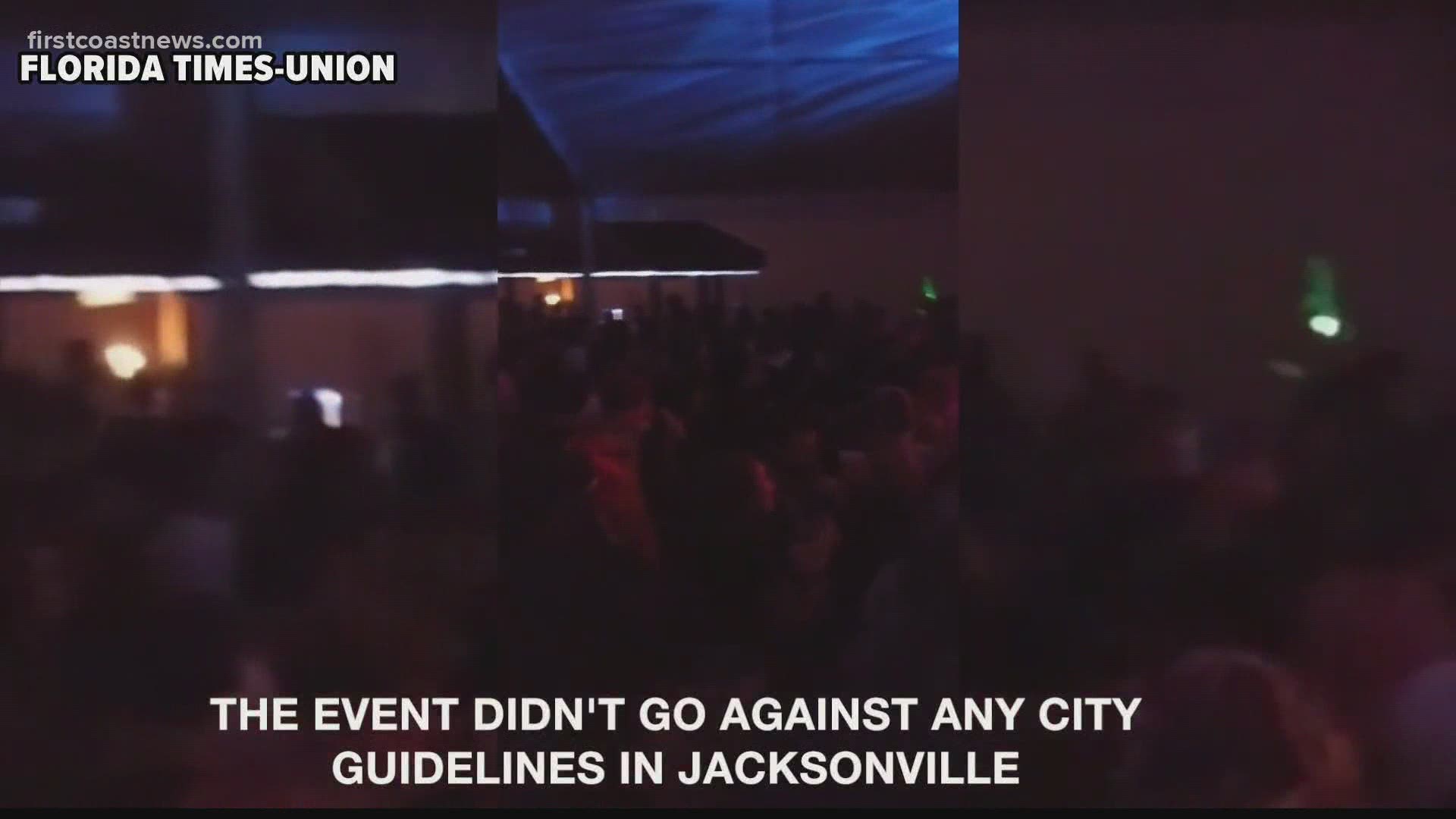 JACKSONVILLE, Fla. — A recent video posted on social media shows hundreds of people packed near the stage at a local concert, many without masks.

Doctors are concerned the video shows the concert could be a “super-spreader” event, but bar management says the videos don’t tell the whole story.

They say they were enforcing mask-wearing, social distancing and temperature checks.

The bar’s general manager tells First Coast News they did everything they could to keep their staff and patrons safe.

Dr. Sunil Joshi, president of the Duval County Medical Society Foundation is worried about what he saw.

“The first thing you think about is ‘well, there goes social distancing out the window,’” Dr. Joshi said.

“What the promoter told me is that ‘you can bring a horse to water but you can’t make them drink.’ Things they didn’t really account for were that would people be moving around while having a drink in hand, so therefore they didn’t have to wear a mask,” Bloch said.

“They say they had security, had JSO on the ground trying to enforce mask-wearing and social distancing. But to some extent, there’s only so much they can do especially with an outdoor event when there are no ordinances that give no clearer security distinctions,” Bloch added.

Around 400 people were in attendance, but bar management says that was well below capacity guidelines.

A city spokesperson said “based off state and local occupancy and safety codes, this business was not in violation with this weekend’s event.”

Under Florida's reopening guidelines, bars can be open at 100% capacity.

While immunologists say COVID-19 cases can’t be directly attributed to events like this, it does show they could contribute to case numbers rising.

“Just because the vaccine is going to be available in a few months doesn’t mean we have to stop doing what we’re doing, the numbers are going up all over the country,” Dr. Joshi said.

“Public health experts told me as well that contact tracing in Florida and in the US in general isn’t as good and broad as it is in other countries. So, unless people are willing to come forward and say, ‘yes, I attended this show,” we may not ever fully grasp the full effects of this show.

Kristine Moore, River City Brewing Company’s general manager told First Coast News she couldn’t tell us where everyone was in the moment but that people got excited during the last performance.

“People were in the moment. Our staff were still doing their job, and being outside, we’re continuously doing what we’re supposed to do, I just don’t think that video represented the whole situation,” Moore said.