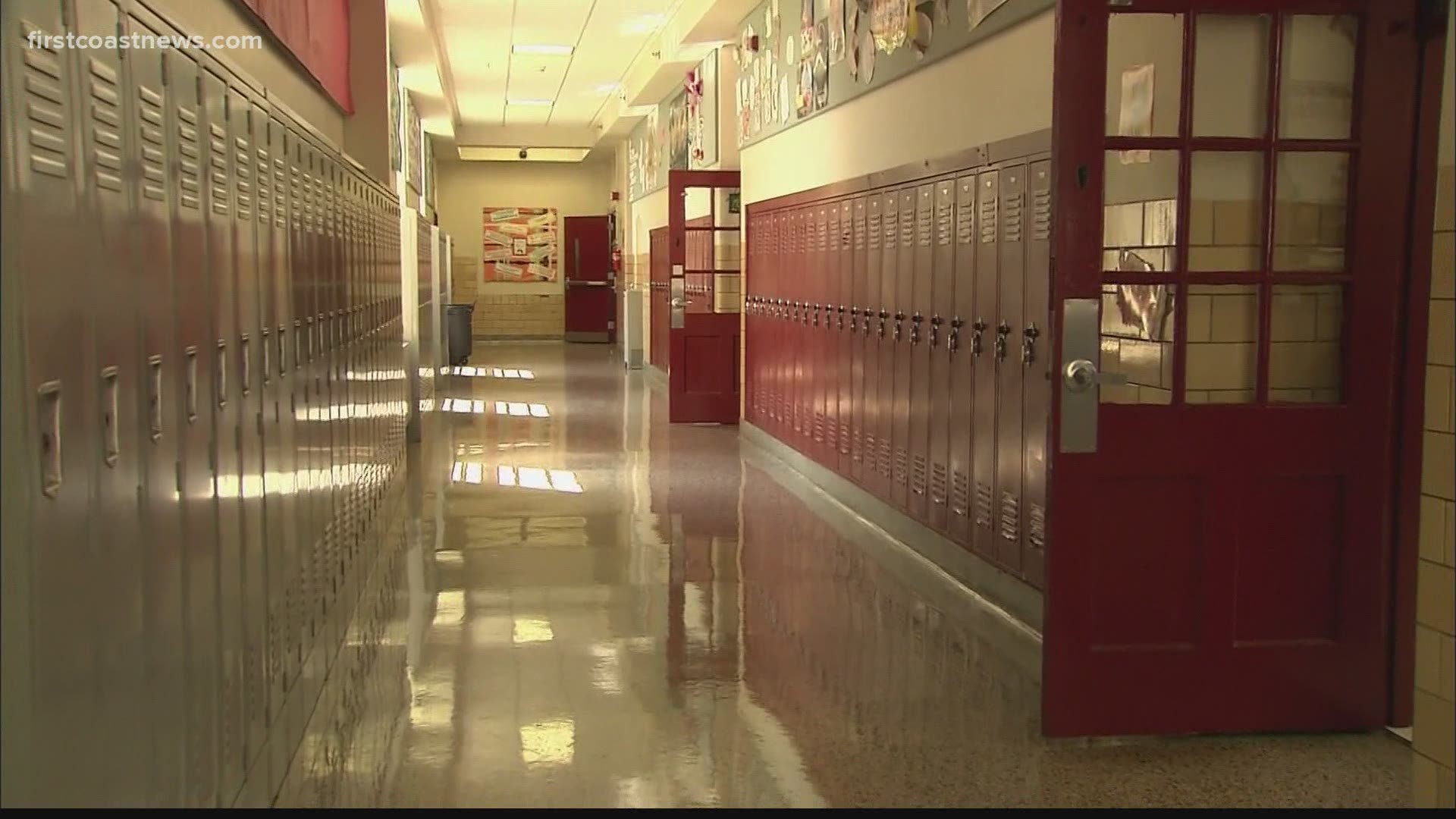 JACKSONVILLE, Fla. — The school year is less than two weeks old in Duval County and like most of its peer districts, Duval County Public Schools is facing a tough challenge navigating the COVID-19 crisis.

“They’re caught in a rock and a hard place right now,” Dr. Nancy Staats said in an interview with First Coast News moments after addressing the school board during public comment Tuesday night. “I think you can’t underestimate their concern about losing funding. I think that’s where a lot of this trepidation and anxiety comes from appropriately."

Among other things, DCPS has to apply to the Department of Education for permission to continue online learning beyond Sept. 14. If that authorization doesn’t come, the district has to choose between forcing all public school students in the county to return to brick-and-mortar classrooms or possibly lose millions of dollars in state funding.

Staats is one of three doctors who spoke at the regularly scheduled board meeting Tuesday. All of them applauded the district’s efforts and empathized with its challenges, but they also delivered a unified message that the COVID-19 pandemic is far from over and must be handled carefully.

“This is more contagious than almost any virus that we have ever experienced,” Staats told the board.

Another uncertainty facing DCPS is the rollout of a so-called dashboard that would offer daily updates of new cases at specific schools but not specifying the identities of those afflicted. The state forced the board to shut the dashboard down, but there was an indication that the matter could be reconsidered.

“Although we have not received anything in writing to date,” one school official said during the meeting, “it has been conveyed to me that more than likely we will be able to post our dashboard.”

But Staats and her colleagues weren’t taking that as a certainty.

“Publishing data in the aggregate, such as this situation where you’re saying there are four children or staff members at XYZ school, is not traceable and is not a violation of [the Health Insurance Portability and Accountability Act],” Staats said.

During a presentation by Superintendent Diana Greene, Greene said the district has somewhere around 15 to 17 confirmed COVID cases. The vast majority of those are elementary school students, she added.

According to our news partners at the Florida Times-Union, DCPS was ordered to put a stop to the dashboard by the Florida Department of Health.

The state cited a statute that mandates confidentiality of epidemiological data, however that statute provides an exemption for that data to remain public "only when necessary to public health."

Now, DCPS officials said they are working to get permission from the state to continue with the dashboard.

"They say their hands are tied and that they can't do it until they receive permission from the state," said Emily Bloch, the Times-Union's education reporter. "Duval Schools is arguing that, 'Of course it applies to public health, so how could we not release this?"

“This is not hep-A, this is not hep-B, this is not HIV. With those viruses, we contact trace and figure out who has it and who’s been exposed," Reza said. "This virus is more deadly and more infectious than that.”

Reza also contended that with notification, time is of the essence.

“We need to give the same gravity of importance and contract tracing and testing available to our schools, to our school staff, for our students. And that turnaround time has to be within hours, not days because then it becomes useless.”

Internist Dr. Jennifer Cowart, who’s chosen to have her daughter learn from home so far, offered a similar sentiment.

“I need to have the information as to where the counts are in my area and in our schools so I can know in nine weeks, is it safe to send her back or not,” Cowart said.

From their perspective, all three doctors were unequivocal that the stakes are high and lasting.

“It’s that some people live with chronic challenges and disabilities that we don’t even fully know yet,” Cowart said.

And yet glimpses of those challenges are beginning to emerge as the crisis lengthens.

“Yes, you might survive,” Staats told the board, “but you will have a long-term problem. And children can have asymptomatic cases and have lung damage.”