Doctors, parents spar over medical mask opt-out; some families traveling out of state to get form signed

Taran Helm has three daughters in Duval County schools. She's trying to get a doctor to approve a medical opt-out. 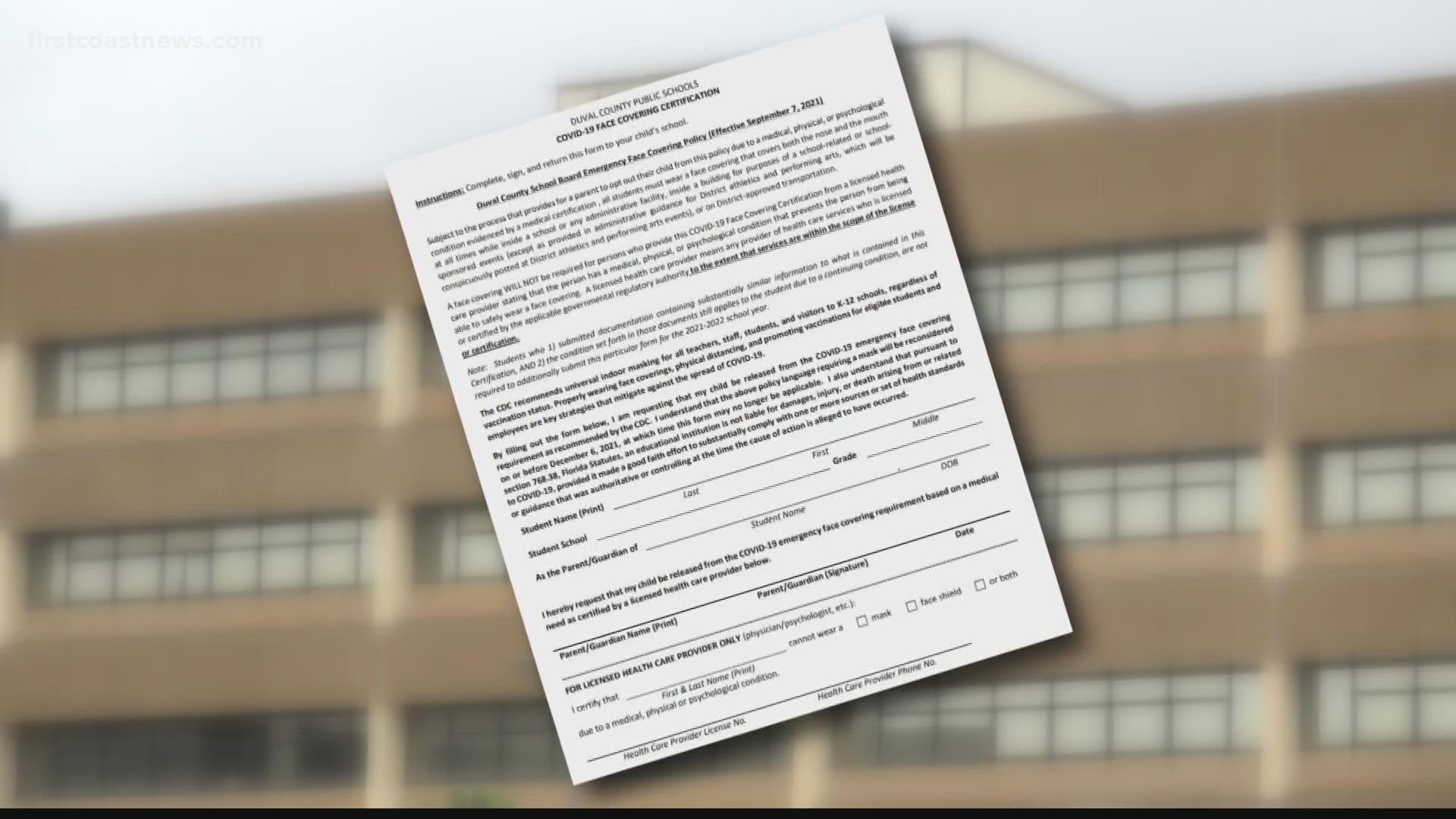 JACKSONVILLE, Fla. — Some parents of Duval County students are keeping their children home this week as they fight the district's mask mandate.

We've learned families are having a hard time finding a doctor to sign the medical opt-out form with some driving out of state to see a physician.

"When a doctor is telling us no, shame on you," said Taran Helm, a mother of three Duval County students.

She is hitting roadblock after roadblock trying to find a doctor to sign the medical opt-out form for her daughters.

One of them suffers severe panic attacks while wearing a mask. Another is partially deaf, but Helm says doctors refuse to hear it.

"Every single receptionist that I have spoken to verbatim, they tell me that they will not entertain the notion of a medical opt out for face coverings," she told First Coast News.

He says most doctors are only signing the form for children with certain medical conditions, including those severely developmentally delayed or those with a face, neck or head abnormality.

He told the Duval County School Board to look out for a high volume of forms signed by the same doctor or those who are granting the opt-out to children they've never treated.

"I think a physician like that, who is committing fraud in my opinion by signing those, should be reported to the state board," Dr. Cantville said.

Helm says she's called at least two doctors outside the Jacksonville area hoping to at least make her case. For now, she's keeping her kids at home.

"You end up having to doctor shop when your own doctor's office won't even listen to you. So, what are you supposed to do? Are you just supposed to give up at that point? No. I can't give up for my children," she said.