The Jacksonville Sheriff’s Office doesn’t track why or how often body-worn cams are dislodged, an issue that has hampered some police shooting investigations. 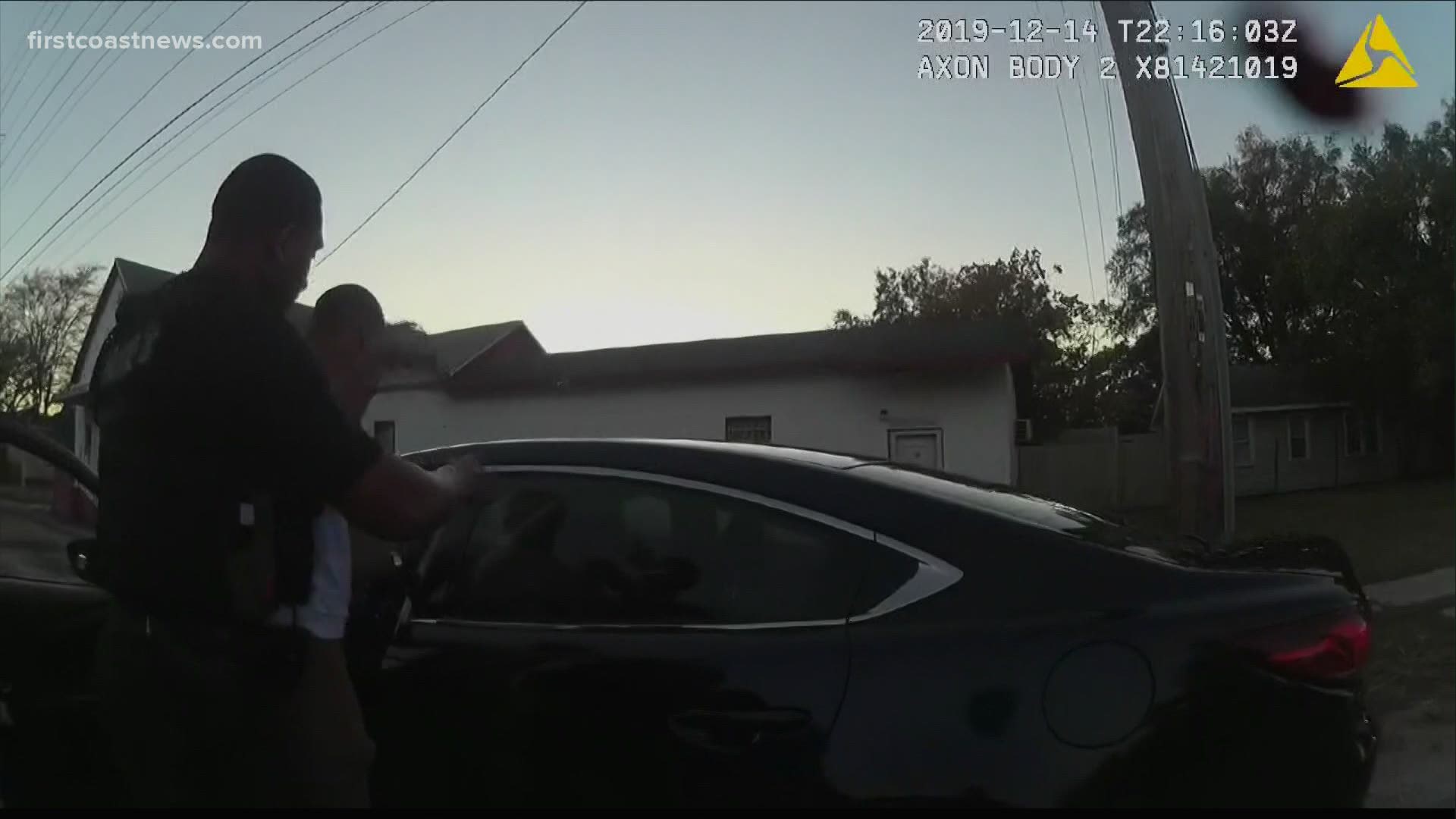 JACKSONVILLE, Fla. — The widespread use of police worn body cameras was a byproduct of community demands for police transparency. But transparency depends on visibility – something that's lost when cameras fall off.

The problem of dislodged body cameras has impacted high-profile cases nationally, as well as a controversial police shooting here in Jacksonville. It’s a pattern both law enforcement and community advocates say is concerning.

But the Jacksonville Sheriff’s Office not only doesn’t believe it’s an issue, but it also doesn’t track the frequency of those failures and has no plans to start.

“We are very much concerned that when these cameras fall off, or how many times they fall off, it has to be tracked and traced,” said Northside Coalition President Ben Fraizer, who advocated for body cameras. “We've got to know how well these multimillion-dollar investments that the cities have made, are being used properly, and that they're functioning properly.”

It’s hard to know exactly how often body cameras become dislodged. The Jacksonville Sheriff’s Office, like most law enforcement agencies, doesn’t routinely make such footage publicly available. Obtaining it can be both expensive and time-consuming. As a result, the public sees a fraction of the total footage. But law enforcement sources tell First Coast News that “it’s a real problem” when cameras fall off, which often happen at key moments when video evidence is critical.

Almost one year ago, 22-year-old Jacksonville native Jaymee Johnson was killed by police after he was pulled over for driving without a seatbelt. The officer who made the traffic stop had a body-worn video camera, and the portion of the incident he captured is calm, showing Johnson compliant.

Then the video abruptly ends. According to the State Attorney’s Office, which investigates all police shootings, the camera was knocked off in a struggle between Johnson and Officer Josue Garriga. Moments later, Johnson was shot and killed by police.

Johnson’s death is the most high-profile local case in which a body cam has been dislodged, but it’s not just a local problem. A camera was knocked off by an officer’s rifle in Carmel, Indiana last summer as he chased a suspect. Instead of the encounter, the video captures a verdant suburban lawn as multiple shots are fired in the distance.

In 2018, two officers’ body cams were dislodged during a struggle with a bar patron in Austin Texas, meaning the only footage that exited was taken by bystanders. That footage didn’t show what officers said led to the fight, only them pummeling the man as he laid on the sidewalk.

Perhaps the most high-profile body cam fail was the 2016 death of Alton Sterling, in which both Baton Rouge officers’ cameras dislodged before he was killed. This occurrence prompted some skepticism.

“When they fall off, now it creates more questions than answers,” said First Coast News crime analyst Mark Baughman. “And then it calls into question the veracity of the officer. Why did it fail?”

Baughman says the public can be unforgiving of what is a technical problem.

“Invariably, when the camera starts to become an issue, it comes off right at the height of something that's questionable,” he notes. “And that's when everybody wants the answers to the questions, unfortunately.”

Officials with body cam manufacturer Axion have noted the magnetic mounts are "meant to break away by design," so suspects can't grab officers using the cameras.

But cameras also become dislodged when there is no contact. While responding to the January police shooting of 17-year-old Kwame Jones, one JSO officer’s camera skittered to the ground after he began jogging toward the scene.

JSO also offers an alternative clip-on fastener, which may provide more stability than the magnetic mount.

“We have seen, that during a physical altercation with a suspect, the BWCs have become dislodged,” JSO Public Information Officer Christian Hancock said in an email. “However, these instances have not been seen as an issue, as the BWCs were designed to break free during certain forces as a safety measure.”

When it happens, there is no record of it. “We do not keep data on the number of times BWCs become dislodged,” Hancock wrote.

JSO declined a request to interview someone on the matter, saying, “We would respectfully decline to interview on the non-issue.”

In the case of Jamee Johnson, a second officer’s body cam did capture what happened, including the moment when Johnson dove into his car and hit the accelerator. This footage helped clear both officers in a shooting that prosecutors deemed justified.

According to Baughman, cases like that prove the reliability of body cams benefits both to the public and the police. And finding out when they fail has value for both.

“I think it's wise to document that in some way,” Baughman said. “We may have the best equipment, but we also want to document when it doesn't work so we can improve upon it.” He adds, “It’s for the benefit of the officer, and the community and the agency.”