Disconnect between City Council, mayor's office has become 'the norm' in City Hall

Mayor Lenny Curry's office sent out a press release announcing his selection of seven candidates to replace the outgoing members on the JEA Board. 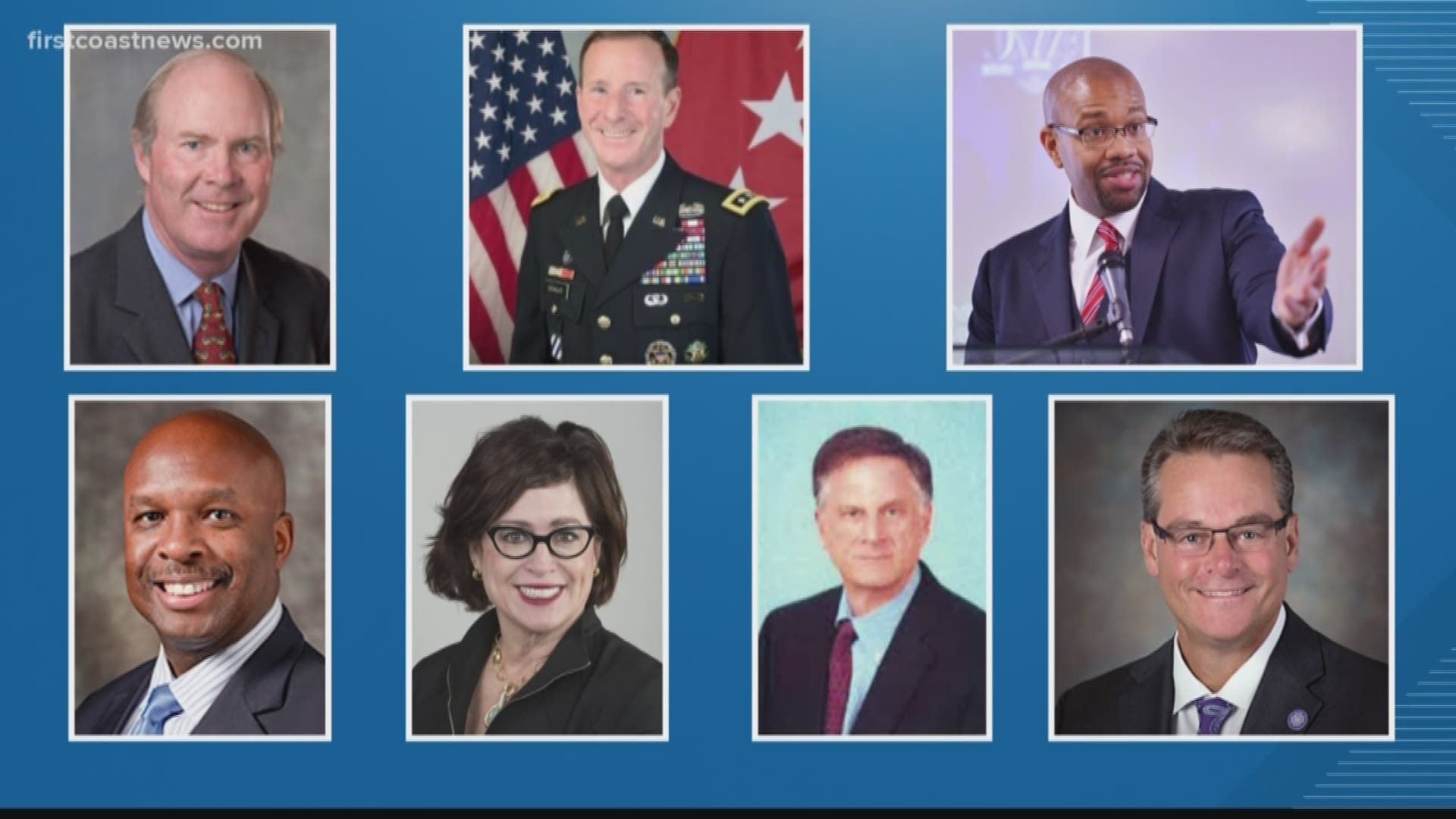 JACKSONVILLE, Fla. — As of Tuesday afternoon, at approximately 3:45 p.m., City Councilman Matt Carlucci's Office Staff signed up to receive emails from the mayor's office "media releases" distribution list. His staff says this is what they must resort to if they want to be kept in the loop with the mayor's announcements.

"I'm pretty used to getting my news through the newspaper, through a phone call, from somebody else that something has happened, that the mayor has done this, the JEA has done that," Carlucci said. "I mean, that's just kind of the normal up here. It's unfortunate. In my view, I don't think it's a great practice, but he's the mayor, I'm not. I would do things differently."

Earlier Tuesday morning, Mayor Lenny Curry's office sent out a press release announcing his selection of seven candidates to replace the outgoing members on the JEA board.

Carlucci and his fellow council members did not receive such an email. Carlucci found out through a source later in the day. However, a few select council members did receive a "heads up" the night before the announcement when they received a phone call from the mayor.

Councilman Tommy Hazouri confirmed to First Coast News that he did receive a call from the mayor at around 9 p.m. during which he was informed about the mayor's candidates, but he says he wasn't aware that so few calls were being made until the next day.

"He didn't call me, but he still made some good appointments, so I give him that," Carlucci said. "I just think it's a better practice to communicate."

Carlucci says because the lack of communication is "the norm," he wasn't surprised by how the news unfolded Tuesday, but he wasn't happy with it either.

Nikki Kimbleton, the representative for the mayor's office, told First Coast News that Curry had been collaborating with council members before announcing the candidates.

"Mayor Curry has worked closely with multiple members of the City Council, city officials, business leaders and more through this process to select these seven appointees," wrote Kimbleton. "Informing the entire City Council prior to a press release being issued is not a standard practice and the release of the information in this manner was in no way meant to cause any issue. In fact, Mayor Curry was simply committed to getting qualified leaders in front of City Council as soon as possible as they will have the final say in this process. The City Council will soon have the opportunity to research and examine the qualifications of each of the seven individuals and ultimately, they decide who will be asked to serve on the board."

In regard to how communication is handled between the mayor's office and city council, Carlucci says this is not historically how things are done.

"This is a different type of administration," he said. "Past administrations would have called everybody on the council and said, 'Hey, we're going to make a major announcement tomorrow.'"

Carlucci says a liaison from the mayor's office, in the past, would have kept them informed on the mayor's actions. He also says he was not asked for an opinion on the JEA board candidates, despite the mayor's office claiming the worked closely with the council to make their selections.

City Council President Scott Wilson said he did not receive a call from the mayor Monday night, but he did talk with the mayor Monday afternoon, though, he was still not informed of Tuesday's announcement.

"I knew he was making appointments, I didn't know all seven, I didn't know they were going to be introduced today or in a press release," said Wilson.

Wilson says not knowing "doesn't bother" him. He thinks it's important to get members back on the board.

"I've looked at the list and I think they are all well-established community members, so I believe they will serve us well," he said.

At the City Council's meeting Tuesday night, Councilman Garrett Dennis made his feelings about the mayor's announcement known, telling First Coast News that the timing of it was not a coincidence. Dennis' resolution over how JEA board members are selected was going to a vote. His resolution requested that Mayor Curry give the council three of the seven board appointments.

"I think it was a pre-emptive measure to try and sack my bill," Dennis said, "but that's how politics are played in our city."

Despite his resolution failing, two of the seven board candidates announced by the mayor were suggested by or "advanced" by two council members. Dr. A. Zachary Faison, Jr., the president and CEO of Edward Waters College, was advanced by Councilman Newby and Dr. Leon L. Haley, Jr., the CEO of UF Health Jacksonville, was advanced by Councilman Gaffney.

Last Wednesday, Curry told First Coast News he was actively talking with potential candidates for the board and conferring with the council, but he said it would take some time.

"I am in active conversations with the council president to make sure they have input," Curry said. "I spoke to him as recently as this morning and will work with the council president, any council person, to make sure their voice is heard as we pick, as we appoint and confirm the next board. We are making sure we get the right people on the board, we’re not going to rush this, it’s important that we get the right people with the right backgrounds and the right skills as we reset."

City Council members will have the ultimate say on the candidates. They will be able to vote in two weeks.

Meanwhile, Councilman Dennis has another ordinance in the works that, if approved by council members, would go to a voter referendum and be placed on the November ballot. It would ask if voters want to split up the JEA board appointment responsibilities among the mayor, the council and the JEA unions. Curry said he would sign the bill if the council passes it.