Deputy Joshua Moyers mortally wounded in a shooting on Sep. 24 during a traffic stop. He died two later. 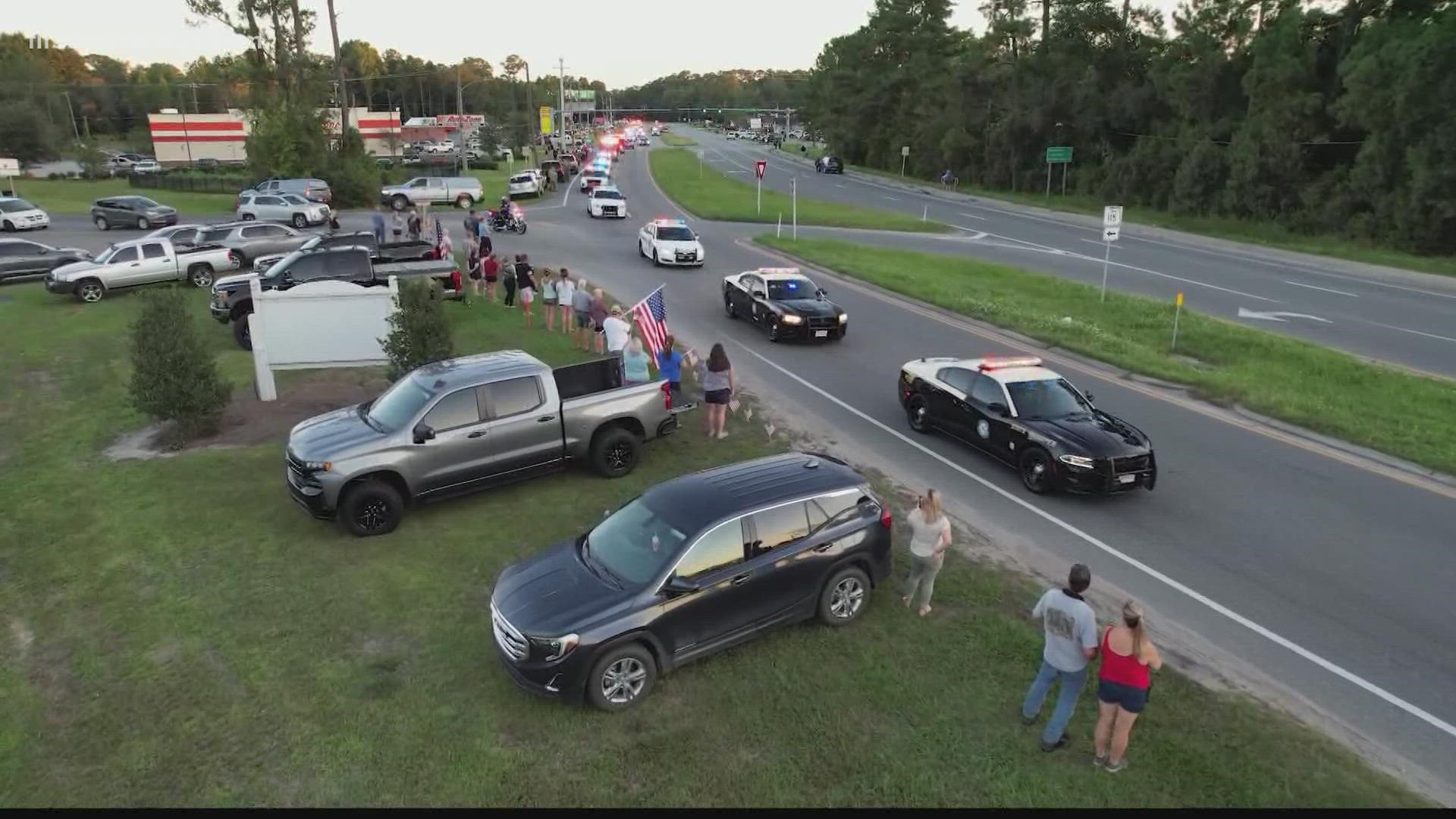 Moyer, 29, was shot twice during a traffic stop in the pre-dawn hours of Friday, Sep. 24. He died two days later at Jacksonville hospital.

The funeral for Deputy Joshua Moyers will be at noon on Saturday, Oct. 2 at Callahan First Baptist Church. The church is located at 45090 Green Avenue in Callahan.

His family will receive friends at the church from 10 a.m. until the service begins.

Following the service, Deputy Moyers will be laid to rest at Oakwood Cemetery in Hilliard.

You can leave a memory or tribute to Deputy Moyers on the funeral home's website.

You can also donate to Moyers' fiancee through a Go Fund Me fundraiser. So far, more than $32,000 has been raised.