The protest, named 'Liar, liar pants of fire,' refers to a promise made by the mayor to remove all Confederate monuments in the city. 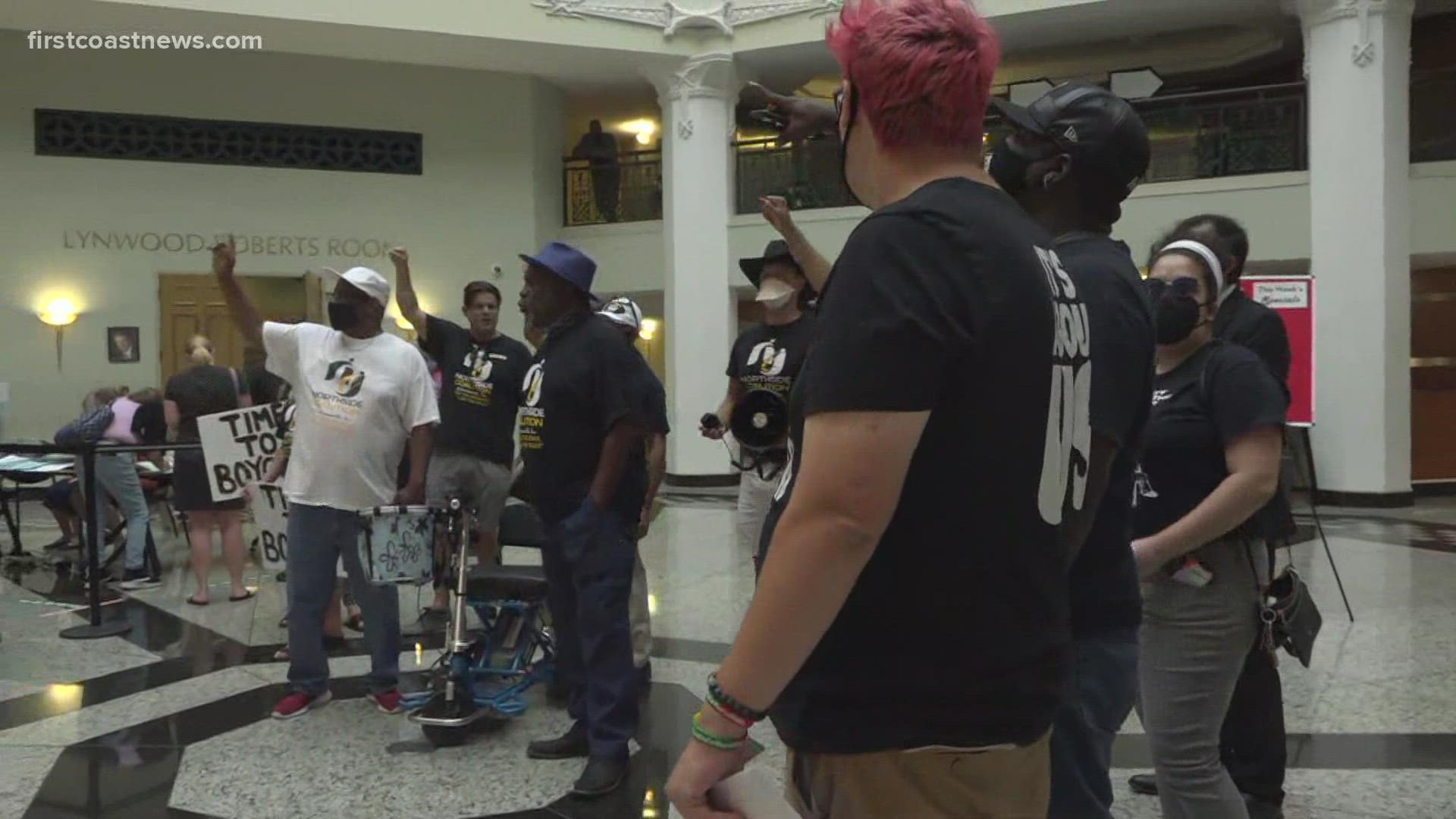 JACKSONVILLE, Fla. — The Northside Coalition of Jacksonville made their way to city hall again. Their message was clear as last time: Take down the Confederate monuments in the city.

This is after Mayor Lenny Curry said every monument of the Confederacy would be taken down, last year. Demonstrators said the job is not done and have yet to hear from Curry. Members gathered at city hall for a second rally.

Last time, demonstrators made it up to the fourth floor and knocked on the mayor's office door. However, Curry was not in the office that day. Tuesday, demonstrators could not make it past the elevator.

They told First Coast News they needed an invitation. While the group is calling the mayor a liar, the monument in Springfield Park still stands.

Formerly known as Confederate Park, the name changed but the statue is covered in black tarp, wrapped with rope with vandalism residue still on it. It's not enough to activist Ben Frazier, who wants to see the monument gone.

"This is simply the mayor refusing to stand by his word and turn back the voice of the people," Frazier said.

Demonstrators said it is about keeping Curry accountable. While some may ask, "Why now all of a sudden?".

To Mary Elizabeth Balentine, who lives in the Springfield area, it's "Why not before now?".

"I feel like it makes sense to take down this monument as well," Balentine said. "We're changing the name. We're turning over a new leaf."

Not every Floridian sees it that way. At city hall, a counter-protest was happening at the same time. People showed up waving Confederate flags while singing Dixie songs. To the Northside Coalition, showing up to City Hall is about keeping the mayor accountable.

Frazier said demonstrators will continue to call out the mayor.

First Coast News reached out to the Mayor's office for comment, but still waiting for a response.