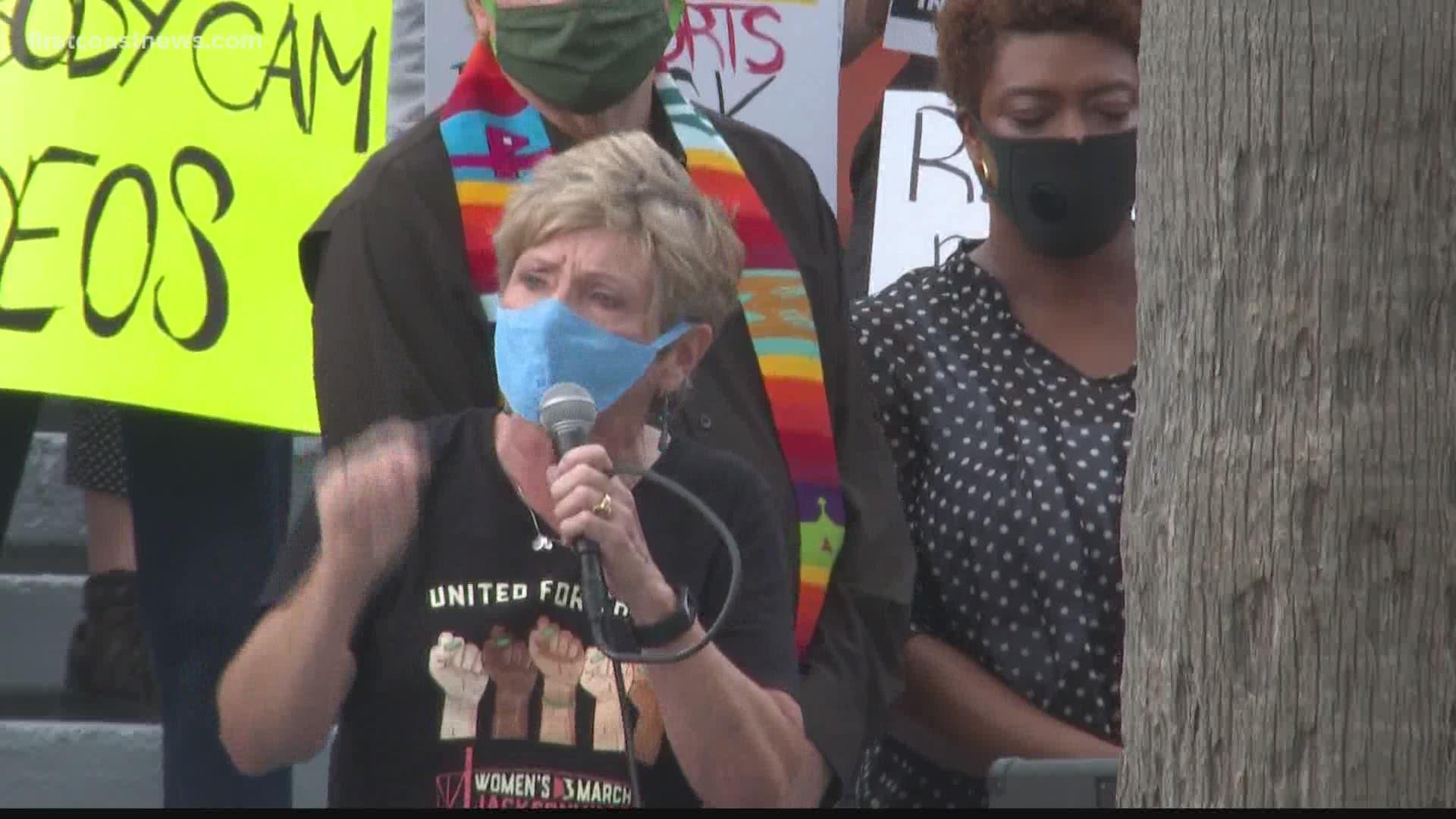 JACKSONVILLE, Fla — On the day of George Floyd's first memorial service in Minneapolis, demonstrators gathered in his memory in downtown Jacksonville to demand police accountability.

The organization Women's March Florida Jacksonville Chapter organized the event "George Floyd 'In Remembrance'," billed as a peaceful assembly downtown to demand an end to police conduct, an end to police brutality and the release any of Jacksonville Sheriff's Office body camera videos connected with police violence.

That includes the footage from the shooting death of Jaymee Johnson in December of 2019.

"Join us in raising the name of George Floyd and many others abused and killed by police and the justice system," the event description read on Facebook.

They chanted, "Can we say his name? George Floyd."

They said, "We hurt today. We grieve today."

Groups started the gathering outside JSO headquarters on Bay Street. The Women's March Jacksonville Chapter also called the event a Solidarity Day of Action in remembrance of Floyd.

Faith leaders from different religions also took part in the gathering, calling for a united front for more police accountability.

“We hope that on today, that somehow we can bring some peace and begin a healing process," said Bonnie Hendrix, president of the Woman’s March Florida Jacksonville Chapter. "Not that we ask that anyone relinquish the change they would like to see because there certainly is a need for change. But we want to come together as a community and stand in solidarity.”

The Woman’s March chapter is planning a virtual community conversation sometime in the future with city leaders and local lawmakers about race relations and the next steps forward.

The protest occurred in tandem with another event happening at the beaches. It's the sixth consecutive day of demonstrations against police brutality and racial injustice in Jacksonville, spurred by the deaths of Floyd, Ahmaud Arbery in Brunswick and Breonna Taylor in Louisville, Kentucky.

RELATED: About 3,000 protesters chant 'No justice, no peace' in march through Jacksonville's San Marco area