It's been a year since the Jacksonville Mayor said the city will take down the monuments. 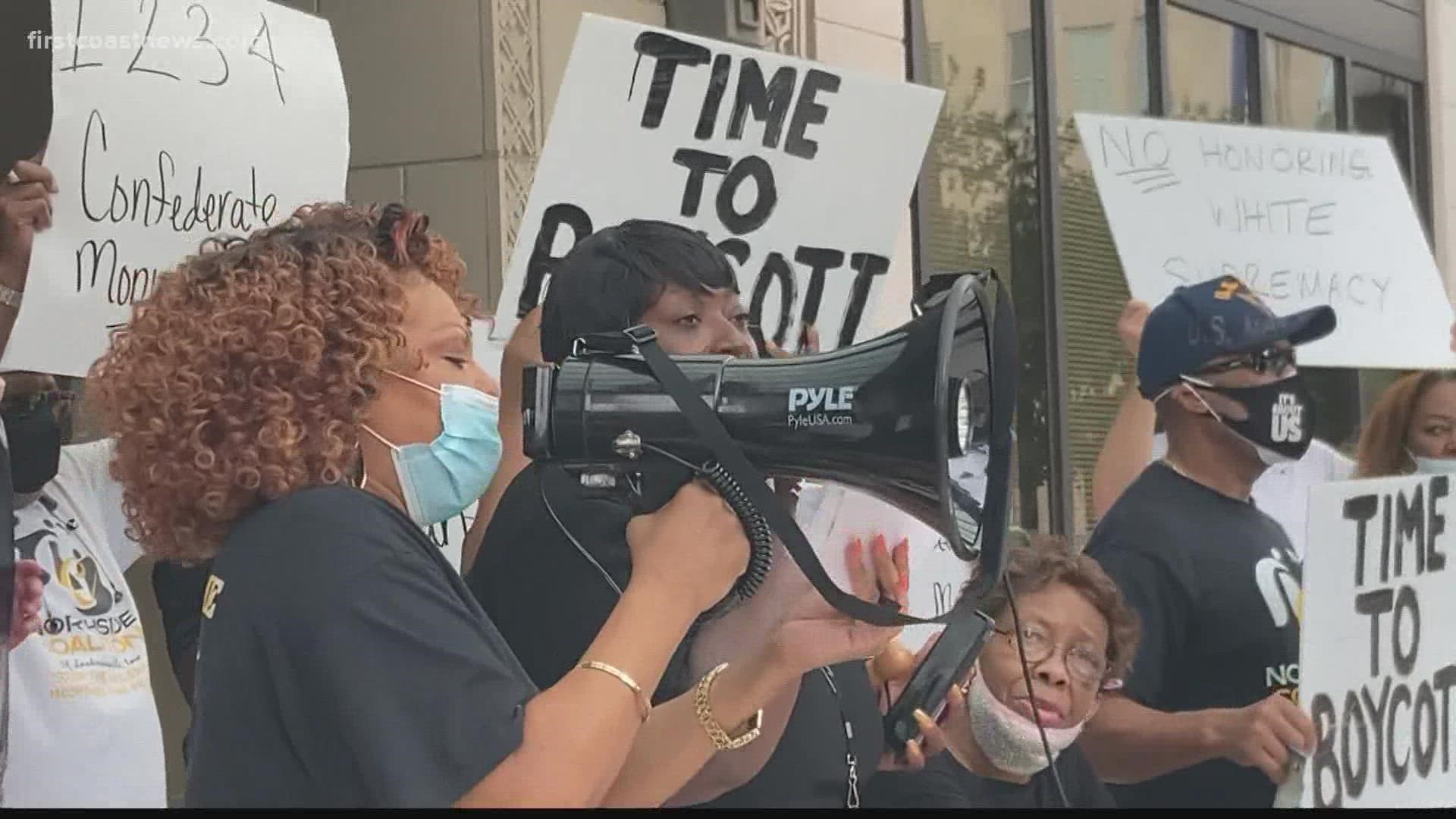 JACKSONVILLE, Fla. — A group of Jacksonville demonstrators said he's a liar. Last year, Mayor Lenny Curry said confederate statues in the city would be removed. The Northside Coalition of Jacksonville, Inc. said one monument has yet to be taken down.

They said it is located at Springfield Park. Wednesday, demonstrators showed up at city hall to cause civil disruption.

City hall was open to the public but the mayor's office was locked when the coalition showed up. Curry was not at the office at the time. He was attending a previously scheduled event prior to their arrival. Ben Frazier said organizers have been civil: they wrote letters to the mayor, called his office and literally knocked on his office door.

"We think it's shameful," Frazier said.

It has been more than a year since Curry said Confederate monuments in the city would be removed. Frazier said the mayor is not keeping his word.

"We think it's time for Jacksonville to move into the sunlight of a brand new day," Frazier said to First Coast News. "The mayor doesn't appear to be willing to take us there."

However, demonstrators were willing to disturb the peace. Chants, songs and drums made their presence known in city hall. There were moments when the group would yell out "liar liar, pants on fire".

"I'm hopeful it will prompt them to act, to do something new, courageous and different," Frazier said.

The Northside Coalition said demonstrators will participate in: meeting disruptions, sit-ins, pop-ups and sports events are not an exception. First Coast News reached out to the mayor's office for a response but they said "no comment".