Demand for swim lessons among adults doubles at Jacksonville YMCA

The Winston YMCA's swim lessons are booked for adults and kids through June. The regional aquatics director said the demand has skyrocketed since the pandemic. 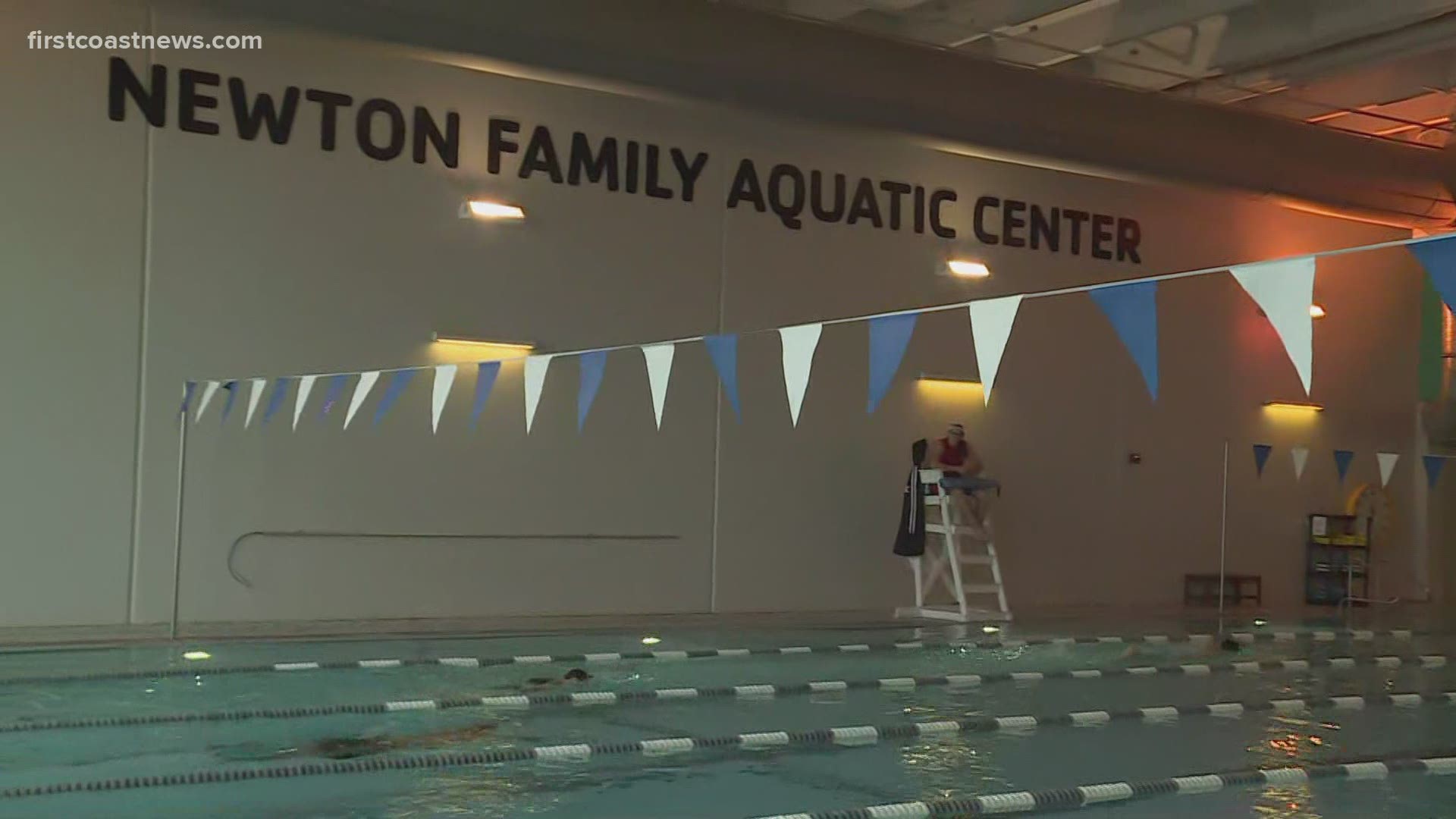 JACKSONVILLE, Fla. — A father, a four-year-old and a five-year-old have all tragically died by drowning in Jacksonville since April.

Heading into the summer, some swim instructors said their classes are booked solid. Some swimmers told instructors they signed up because they heard about the drownings in the community.

The Winston YMCA's swim lessons are booked for adults and kids through June. Some other locations have swim lessons available. The aquatics director for the region said the number of swimmers signing up has skyrocketed since the pandemic.

"We all have not been doing anything in the past year, and like I said, we’ve noticed in kids and adults," Maureen Eaton, the regional aquatics director for the YMCA in Duval County, said.

"We’ve doubled our adults lessons in the last six months ... people who have just forgotten how to swim, or just want to learn because of things that have happened and they want to make sure they’re safe so their kids stay safe,” she said.

Fredrick Thrower, 56, is one of those adults who signed up for swim lessons. Thursday was his second lesson.

"I just bought a jet-ski, and I wanted to learn how to swim in case I fell off," Thrower said.

"They really, really want to learn. Some come to overcome their fear. Some just want to float and be safe and some want to learn to be with their grandchildren in the pool," Eaton said.

"[A lot] of people have pools in different areas. If you get distracted, that’s all it takes, and I think that’s the important thing with our lifeguards is not to be distracted because it only takes seconds, so that [the number of JFRD calls] doesn’t surprise me," Eaton said.

Eaton said the most important thing for parents to remember is to supervise children around any type of water. She said it's also vital to enroll children in swim lessons as soon as possible.

"We teach the kids swim, float, swim, and that’s what they ask you to use in a rip current. Swim parallel to the beach and then float on your back when possible. Then, keep swimming until you get out of the current,” Eaton said.

Eaton said if you find yourself struggling to stay afloat in any body of water, stay calm.

“Take deep breaths. Try to roll over and float a little bit. Get your bearings about you and just remember to remain calm. When you can, holler for help. Wave for help and try to get to shore or the side of a pool where someone can help you," Eaton said.

According to Eaton, a lot of kids she taught pre-pandemic tell her they've now forgotten how to swim, so it's almost like starting from scratch.