The cruise line was reportedly trying to get a crew member to a shoreside hospital for "for rather routine medical observation" not connected to the virus. 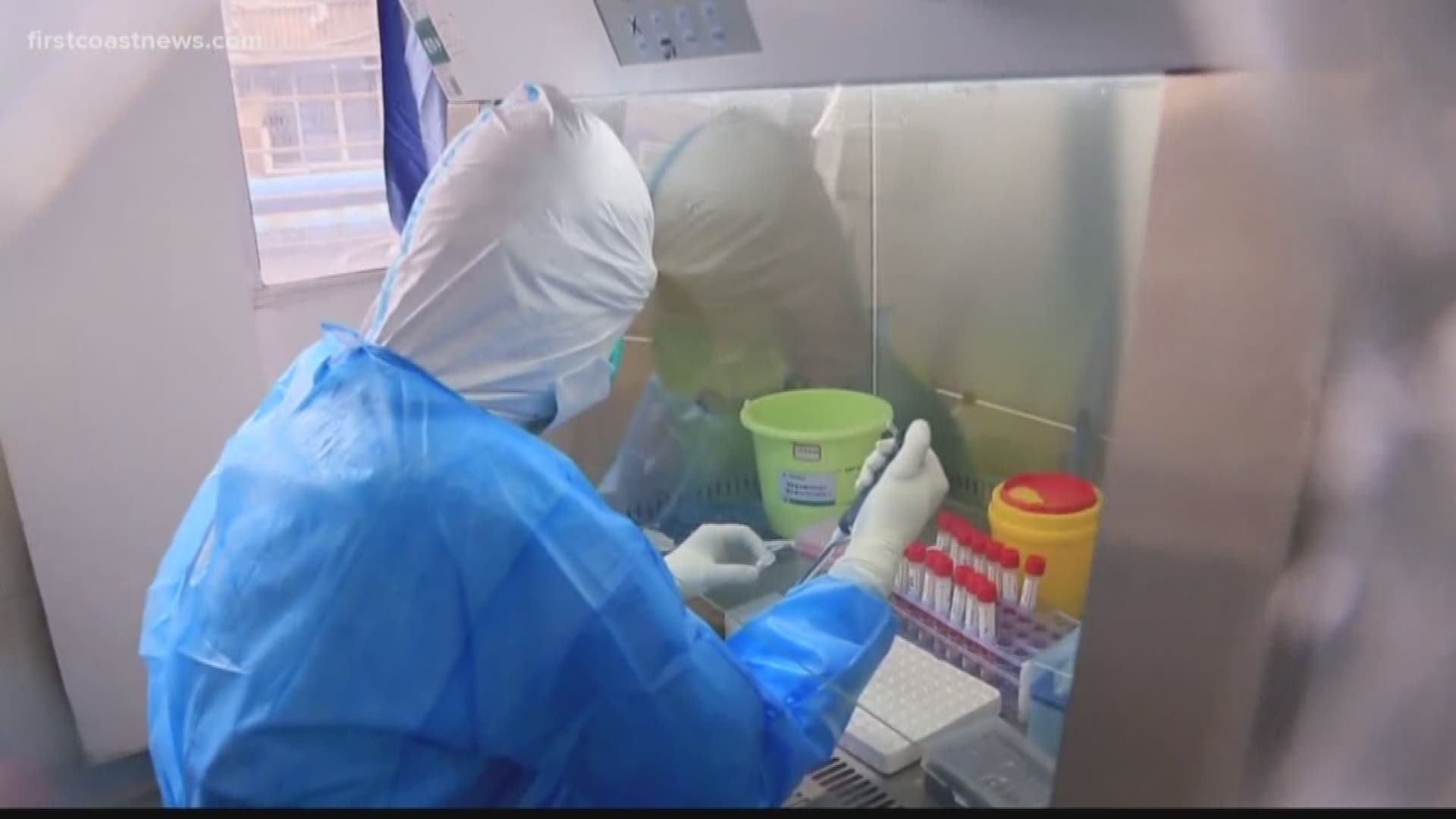 JACKSONVILLE, Fla. — Officials with the Carnival Cruise Line confirmed a delayed departure of one of its cruise ships from Jacksonville Saturday is not connected to Covid-19, also known as the coronavirus.

First Coast News received multiple calls regarding a Carnival Cruise ship that was supposed to depart Jacksonville at 4:30 p.m. but still remained at the port as of 5:30 p.m. Viewers reported seeing fire trucks, ambulances, a hazmat team and one person taken from the ship via ambulance. Some worried it may be connected to the coronavirus.

The spokesperson confirmed the ship had returned from the Bahamas Saturday morning and has been doing roundtrips between the Bahamas and Jacksonville in recent months.

"Carnival Ecstasy took a slight delay departing Jacksonville Saturday afternoon after a miscommunication with local authorities. We were trying to get a crew member to a shoreside hospital for rather routine medical observation and this was not a suspected Covid-19 case as the crew member had not visited any regions with Covid-19 spread in the past 14 days. The ship has since been cleared to sail and it will proceed on its itinerary as planned."

Just after 10 p.m., Jacksonville Mayor Lenny Curry tweeted the crew member is no longer being evaluated for Covid-19.

"The initiation of all activity by City of Jacksonville first responders and personnel at UF Health was based on information provided to them by cruise ship personnel, including the patient’s travel history.

At this time, I have been told that the patient is no longer being evaluated for COVID-19, but precautions have been and will remain in effect until health professionals complete their work.

As I’ve said, we have plans and protocols in place to be able to respond as our city needs. I thank our first responders and UF Health personnel for demonstrating our readiness."

This comes hours after Curry released a statement saying the crew member was sick and the cause of the illness is unknown.

“This afternoon at 3:30 p.m., my staff and I were briefed that the Jacksonville Fire & Rescue Department (JFRD) had been called to the JAXPORT Cruise Terminal to respond to a sick crew member. The call to first responders came after approximately 2,500 passengers had disembarked. The crew member has been transported to UF Health and is being assessed. Currently, we don’t know the cause of illness, but we are taking every precaution until we know more.”

A GLOBAL INTERACTIVE MAP OF AREAS WITH CORONAVIRUS DIAGNOSIS, DEATHS