Sea turtle nests were surveyed around the First Coast and some turtles were found dead and their eggs did not survive. 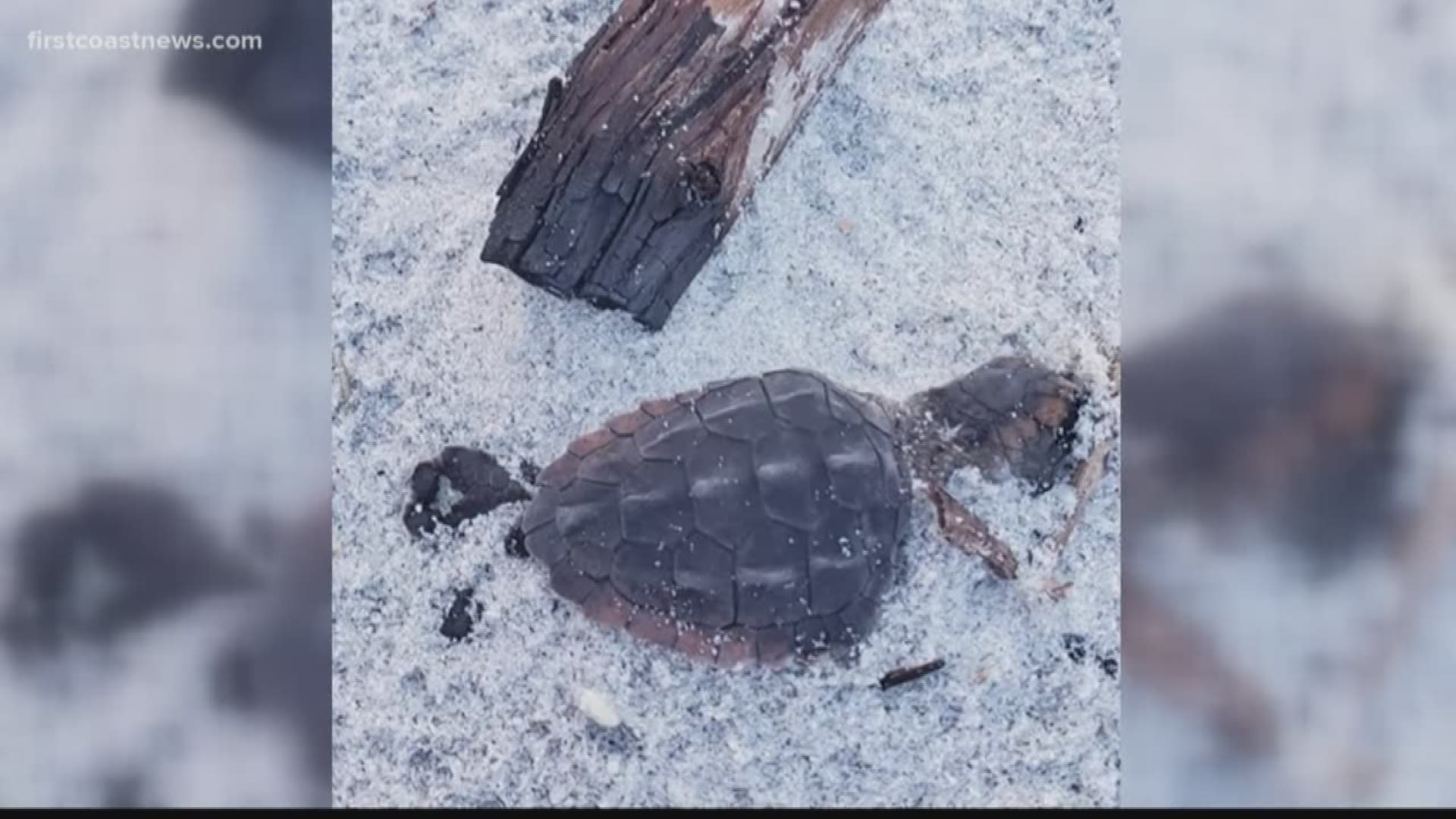 JACKSONVILLE BEACH, Fla. — It was not the outcome he hoped for, but Casey Jones says it's a product of Mother Nature. Several sea turtles and their nests were victims of Hurricane Dorian.

"It was truly disturbing and painful to see all the eggs that had washed up and all the dead baby hatchlings," he told First Coast News.

He's not sure how many nests on Atlantic, Jacksonville and Neptune beaches were damaged or destroyed, but the group, Beaches Sea Turtle Patrol posted on Facebook, "When the time comes to evaluate each nest, we will have a better determination of its fate. We do expect that some have been washed out."

Jones says there's a little more than 30 nests that haven't hatched of the record 116 this season.

"Definitely Mother Nature always wins," he said. "There's no ifs, ands or buts about it. It's a tragedy that our coasts got pounded like they did."

There are nests that survived - some on the dunes which here high enough to not be a threat from the water. Jones says he will fight for their protection and believes we can do our part.

He's still pressuring Jacksonville Beach leaders to install softer lighting, hoping that helps in their survival even when Mother Nature has her own plans.

"What we can control is trying to eliminate light pollution, try to give them a fighting chance," he said. "We can't control the hurricane."