Rivera will be the the first Latino head coach in Redskins history, with Puerto Rican and Mexican heritage. 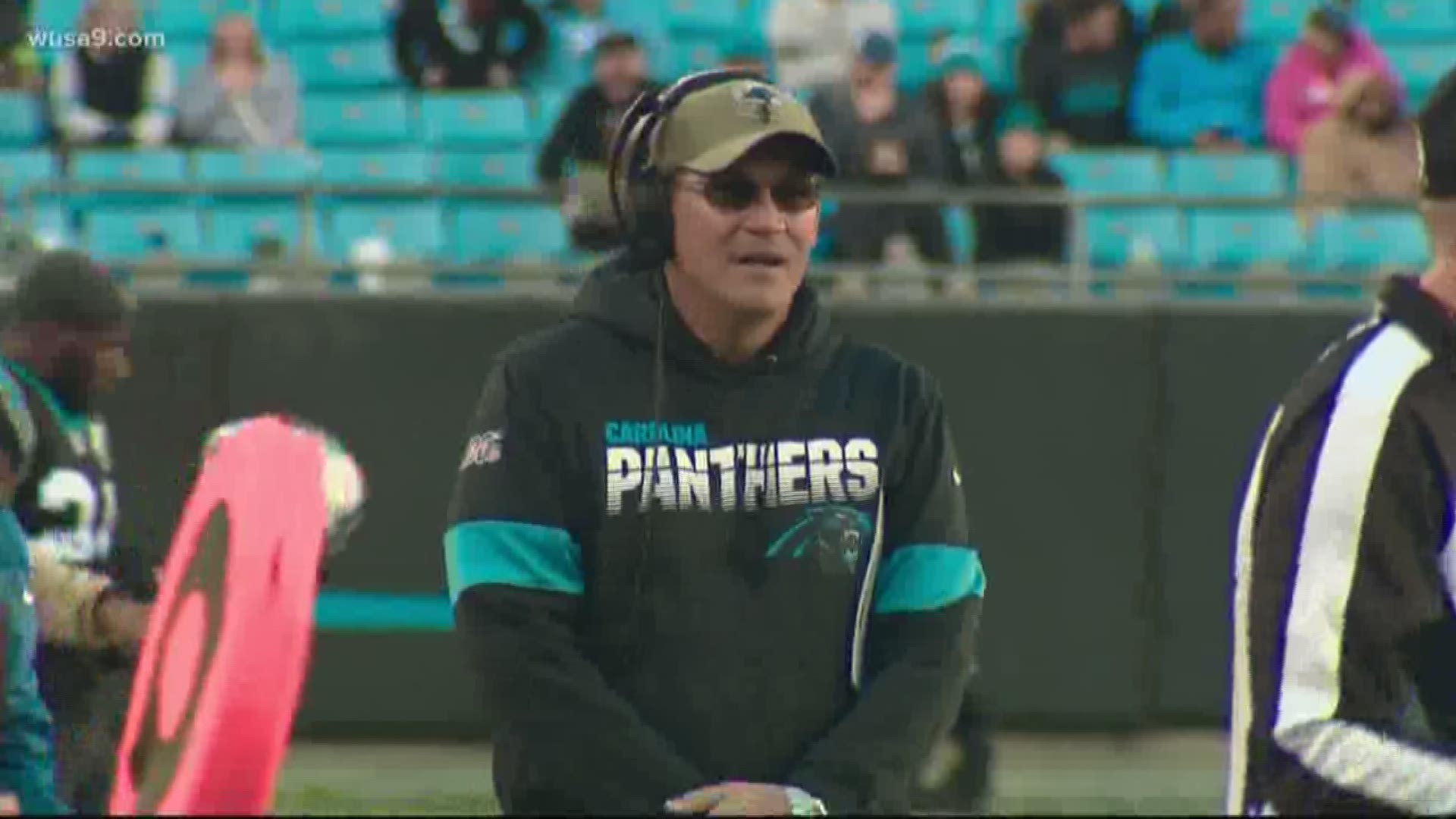 WASHINGTON — The Washington Redskins announced on Wednesday that Ron Rivera will be the team's new head coach.

This announcement comes after the firing of former Washington Redskins President Bruce Allen.

“After several meetings with Coach Rivera, it was clear he is the right person to bring winning football back to Washington D.C.,” said Dan Snyder, Washington Redskins Owner. “He is widely respected around the league as a man of great integrity and has proven to be one of the finest coaches in the country.”

After a disappointing 47-16 loss to the Cowboys Sunday to end the season 3-13, the Redskins are shaking things up in the front office. Rivera's hiring and Allen's departure comes after a dismal season in which the Redskins won just three games.

Rivera rumors had been circulating for several days, but the tweet was treated by many as a done deal.

Part of the hiring of Rivera may also bring a coordinator who is known around the NFL for his defensive play-calling and achievements, Jack Del Rio. Del Rio --first reported by ESPN's Adam Schefter.

Del Rio brings not only experience as a brilliant defensive-minded coach, but also head coaching experience alongside Rivera. Del Rio was a head coach for both the Jacksonville Jaguars (2003 - 2011) and Oakland Raiders (2015 - 2017).

Rivera was fired by the Panthers on Dec. 3, with a 5-7 record. In his nine seasons with the team, the Panthers made the playoffs four times and made a Super Bowl appearance in 2015, where they lost to the Broncos. Rivera holds the franchise record for most regular-season wins, with 76 wins.

Rivera is no stranger to changing the culture within a losing team. He inherited a team that was 2-14 in 2010, and five years later they were heading to the Super Bowl.

"He gets the best out of players," Norman said. "He builds men in guys, and also builds character. He sets them up not just for football, but for success in life."

Rivera's wife, Stephanie, has ties to the D.C. area as she was previously an assistant coach with the Mystics in 2011. When criticized for having his wife and daughter spend considerable time around the Panthers organization, he made no apologies.

"I told the players in there that I hope you understand that I was just trying to be the best example," Rivera said in his final press conference with the Panthers. "I wanted Stephanie around because I wanted you to see how you’re supposed to be around your wife. I wanted my children around because I wanted the players to see how to be around their children. I think that’s important. We set examples for the people that are around us."

It seems the Rivera family, including its two dogs, are already making its stamp on the Redskins organization. Stephanie on Twitter posted a photo of the family's dogs with team bandanas around their necks.

Rivera is the first Latino head coach in Redskins history, with Puerto Rican and Mexican heritage.

Bill Callahan has been acting as interim head coach for the Redskins since Oct. 7, when Jay Gruden was fired after an 0-5 start -- the team's worst record in 18 years.

"Like our passionate fan base, I recognize we have not lived up to the high standards set by great Redskins teams, coaches and players who have come before us," Snyder said in a press release. "As we reevaluate our team leadership, culture and process for winning football games, I am excited for the opportunities that lie ahead to renew our singular focus and purpose of bringing championship football back to Washington D.C."

Tom Hunsicker and Darren Haynes contributed to this story.