Political analyst and UVA professor shares his perspective on Capitol Hill riots, after witnessing a similar scene years ago in Charlottesville, Virginia. 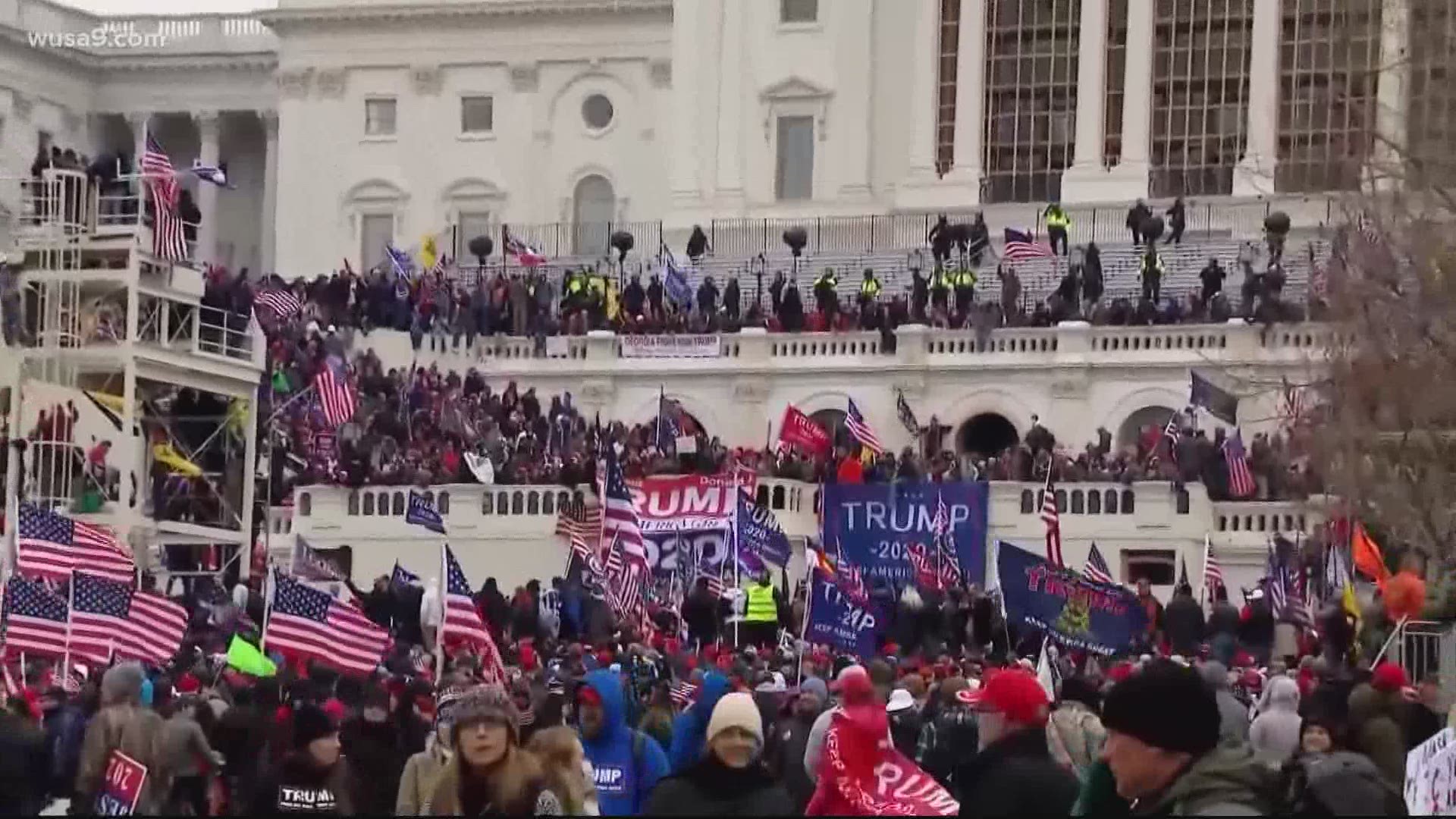 WASHINGTON — Violence at the United States Capitol Wednesday brought back horrific memories for those who witnessed the white supremacist violence in Charlottesville, Virginia four years ago.

University of Virginia Center for Politics Director Larry Sabato said while there are similarities between the two events, there really is no comparison to this dark day in our nation’s history.

“This was inevitable, I’m surprised it waited until the end. Of course, it didn’t wait until the end because I’m speaking to you from Charlottesville, Virginia where there was the same kind of thing, four years ago,” said Sabato.

The images of the violent and deadly protest in Charlottesville once again made headlines after a similar event took place at our nation’s Capitol.

“To me, in the modern era, this is so unprecedented and so outrageous. It is so outside the box that it caused me and many other people to become very sad,” said Sabato.

On Wednesday night, members of the Charlottesville community gathered for a “Democracy Dialogues” series. They came together to share their thoughts on the recent violence.

”Of course we had topics lined out, but we quickly changed everything to the focus here of this particular event plus the horrible events that occurred on Capitol Hill,” said Sabato.

“Everyone was shocked. Everyone was disgusted. The people that I had on had a diversity of opinions, but not about Donald Trump. They felt he had incited the riot. There really was no dissent from that,” said Sabato.

The events which happened in Charlottesville, Virginia angered people around the nation and became a key reason President-elect Joe Biden decided to run for president in the first place.

“I think things will naturally move along. Joe Biden is a conciliatory person, some critics say too much so but he is conciliatory and maybe that is what the doctor has ordered for the United States,” said Sabato.

Sabato shared his thoughts on where the country goes from here.

“You cannot force people to take a stand or to have dialogue with other people if they do not want to do it. And that’s part of our problem, we’ve lost the ability to converse with others and to make reasonable compromises that don’t go to the heart of your principles,” said Sabato.

“It’s on us. It’s on all of us. We don’t have to hold a major position. We don’t have to have any power or influence, but what we have to do is to work with family, friends and neighbors and people with whom we disagree to come to some reasonable understanding of what our society is and what it stands for,” said Sabato.

With a planned virtual discussion happening as chaos unfolded at the U.S. Capitol, politics professor Larry Sabato and his guests – some on the scene in Washington, D.C. – helped viewers grapple with what they were seeing. https://t.co/cCDz2BQbbP