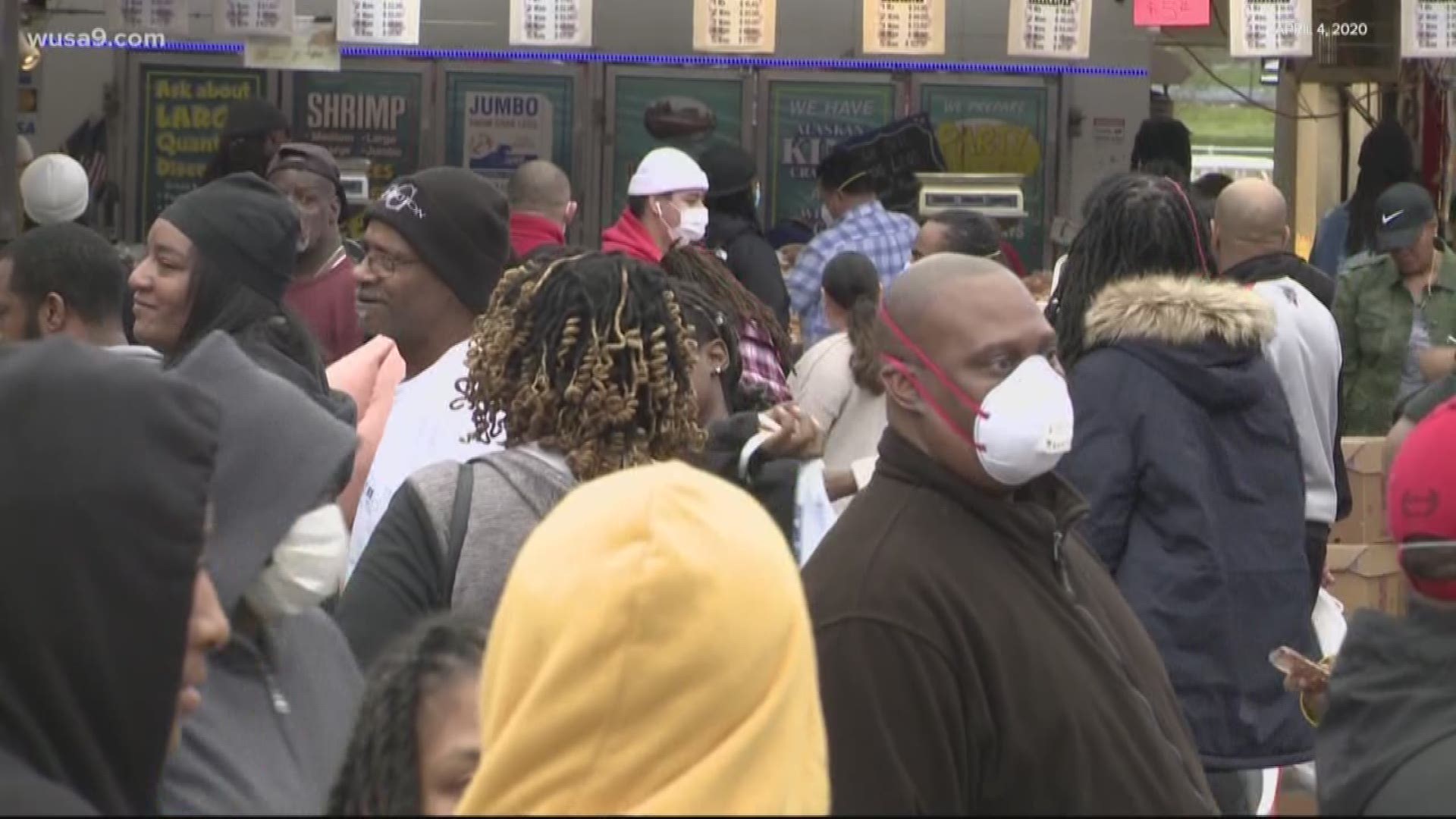 WASHINGTON — It is safe to say there was a collective gasp when many saw the video of crowds gathered at DC’s fish market Saturday in the Wharf neighborhood. Hours later, the Department of Consumer and Regulatory Affairs (DCRA) shut it down.

But WUSA9 had questions about the police officers spotted in the crowd. We know officers used bullhorns to remind folks of the city’s social distancing policy over at the Tidal Basin for the Cherry Blossoms.

WUSA9 asked D.C. Police specific questions, like, if they were using the bullhorn at the Wharf and what do officers do if people do not disperse? We received a statement that said, in part: “Members were present at the Wharf yesterday to help deter the large crowds.”

“We tried really hard to maintain order at the Wharf by putting lines down 6 feet apart and by having security ask patrons to not crowd as they order, but it didn’t work. Patrons would not obey.”

The statement has since been removed.

Attorney Wendell Taylor of Hunton, Andrews, Kurth represents some of the vendors and admits crowd control is difficult in an open-air market. However, he said all vendors are working on a new plan that would limit people’s access to the fish market.

LaToya Foster, the communications director for Mayor Muriel Bowser said in a statement that “If the plan allows for safe operations, the venue will be allowed to reopen, and DCRA and DC Health would continue to monitor compliance."

The social distancing policy remains in effect until April 24 which is the last day of the public health emergency. That date, of course is subject to change.