'I feel like we let them down' | DC Fish Market vendor says shutdown hurts employees, fishermen and customers 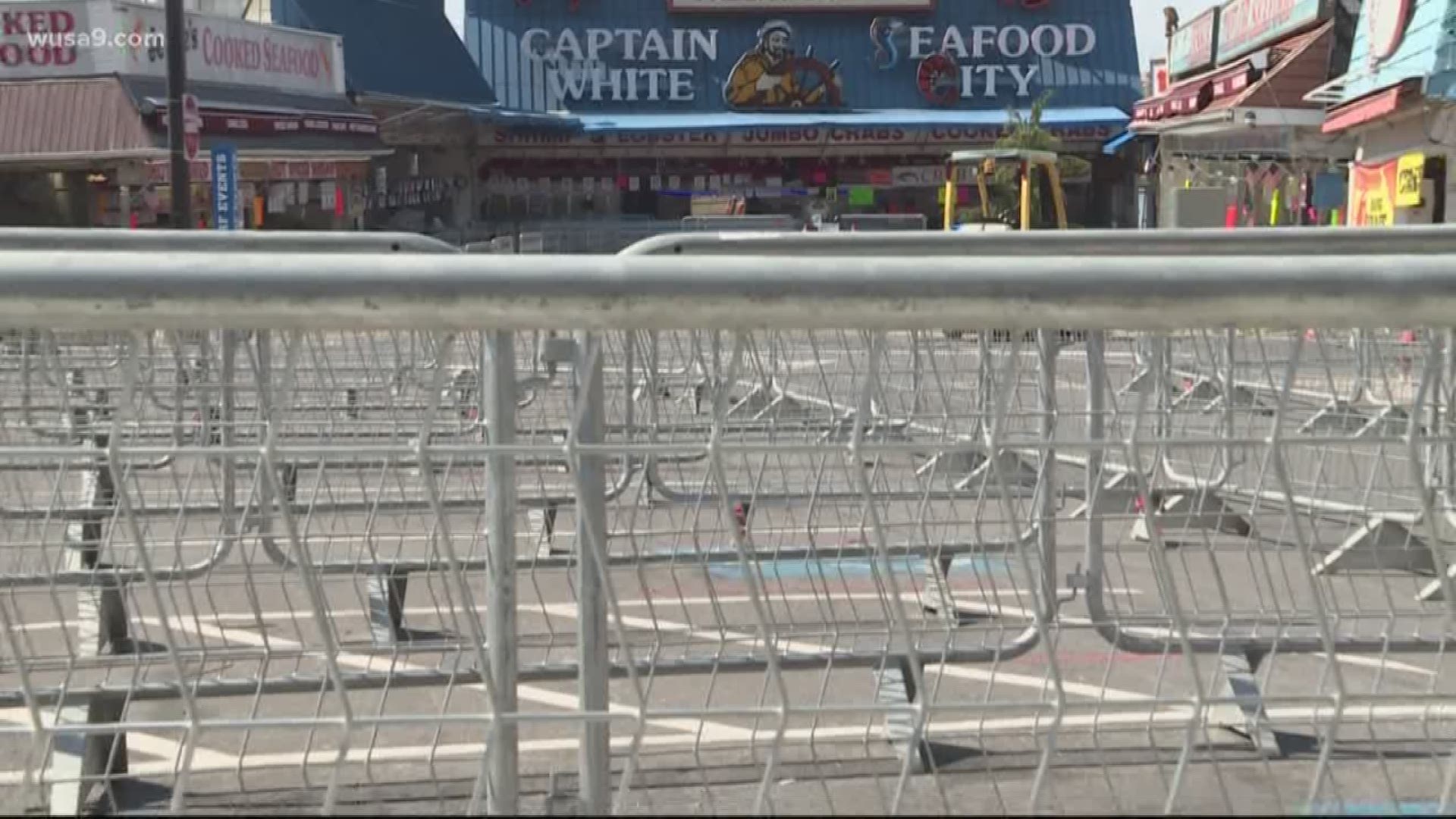 WASHINGTON — Crews were busy at work Monday setting up barricades at D.C.’s Southwest Fish Market at The Wharf so they could get back to work selling fresh seafood.

Many of the businesses that make up the Fish Market have a long history at The Wharf. One of them, Captain White’s Seafood, has been in the family more than 50 years.

Penny White said the closure not only affects them, but also fisherman and suppliers up and down the East Coast.

“We paid for crabs from Florida Friday night,” White explained, “The crabs were in a truck driving here for delivery Sunday, and we never knew we would be shut down. It’s sad for all our employees, the fisherman, our customers. We feel like we let them down.”

White said the family had a social distancing plan that included three security officers at their seafood counters Saturday.

"The Mayor’s Office was down here Friday to look at our plan and gave us a thumbs up!" White said.

But this weekend, the crowds got out of control. Many vendors said patrons “did not obey” orders to stay six feet apart.

That led to the D.C. Department of Consumer and Regulatory Affairs shut down the open-air market. The Mayor’s Office would not tell WUSA9 if they approved the social distancing plan on Friday – instead directing us to a statement the Mayor made during her daily news conference.

“If you’re an essential business, and you’re lax about your policy, we’re going to shut you down!” D.C. Mayor Muriel Bowser said.

“It hurts that she did that. All of my adult life, I, along with my husband, have served this city, and it really hurts,” White said.

Many fishmongers told customers they would return Tuesday, April 7, but the Mayor will make the final decision.