In an arrest report obtained by First Coast News, JSO says Glorylan Ewing, 51, was arrested at the daycare center in 2017. She was charged with child abuse, but the charges were later dropped. 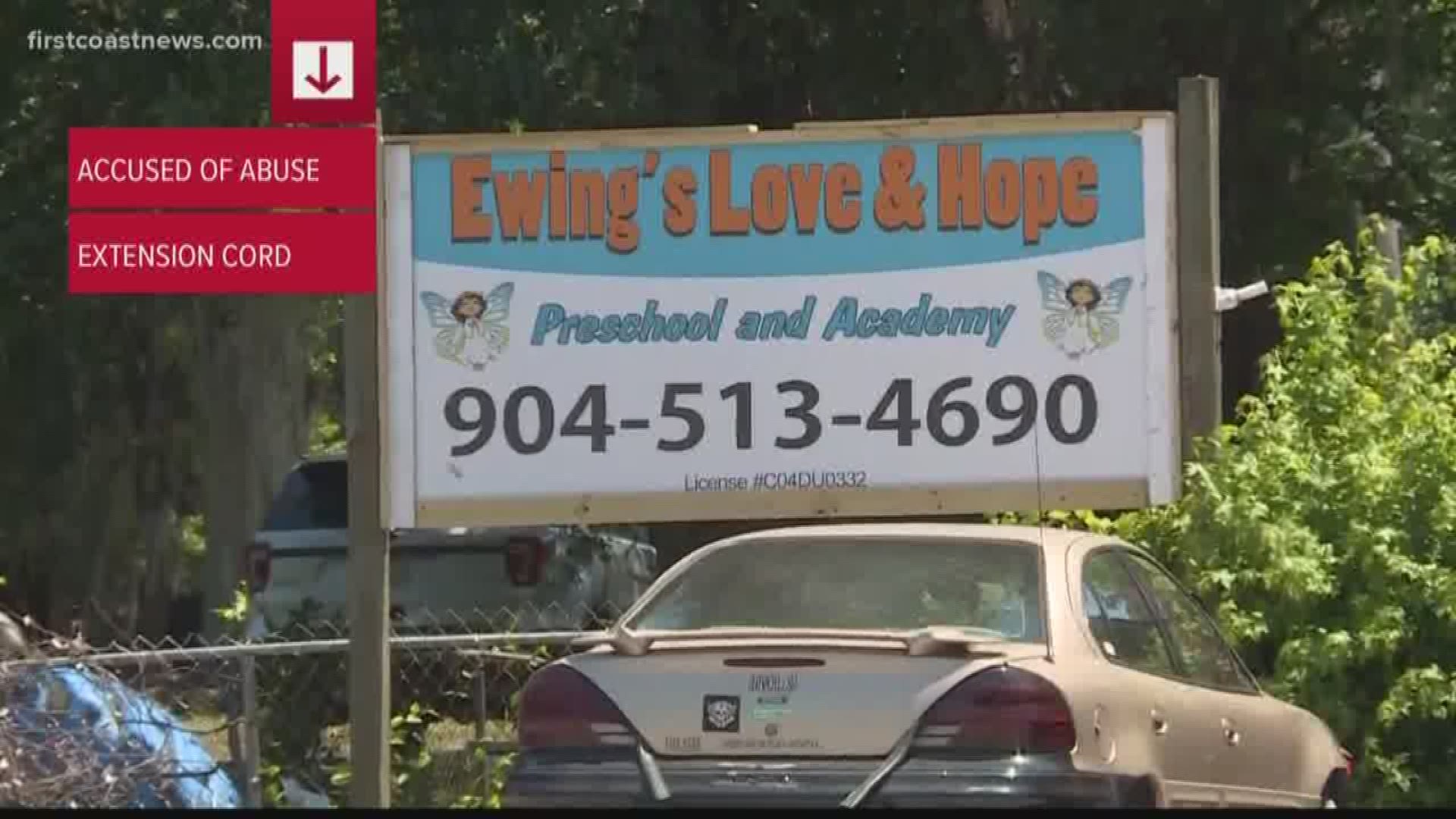 JACKSONVILLE, Fla — One of the directors of the daycare where a baby died after being left in a van Wednesday was arrested and charged with child abuse in 2017. The charges had since been dropped.

(RELATED: 5-month-old girl dies after being left in van at Westside daycare)

The other owner of the daycare, Darryl Ewing, was admitted into the Duval County Jail Wednesday night on child neglect charges.

In an arrest report obtained by First Coast News, JSO says Glorylan Ewing, 51, was arrested at the daycare center Thursday, December 28, 2017. She was charged with child abuse.

Ewing was accused by a parent that she had beaten two of the parent's children, showing pictures of welts on one of their legs. The parent told JSO his children told him Ewing used an extension cord to hit them because they did not clean the kitchen well enough.

According to the report, JSO was told the same story by the father's children. Police also observed welts on both of their legs, saying "the skin was broken where the extension cord struck."

Ewing's interview with police is heavily redacted, making it difficult to accurately depict her side of the story.

According to court records, Ewing was able to enter into a pre-trial intervention program that allowed the charges to be dropped in March 2019.

It is not known if Ewing was on-scene or working at the time of Wednesday's infant death.