Owner Robert Palmer said there isn't a set location right now and that the team is currently looking to buy land. 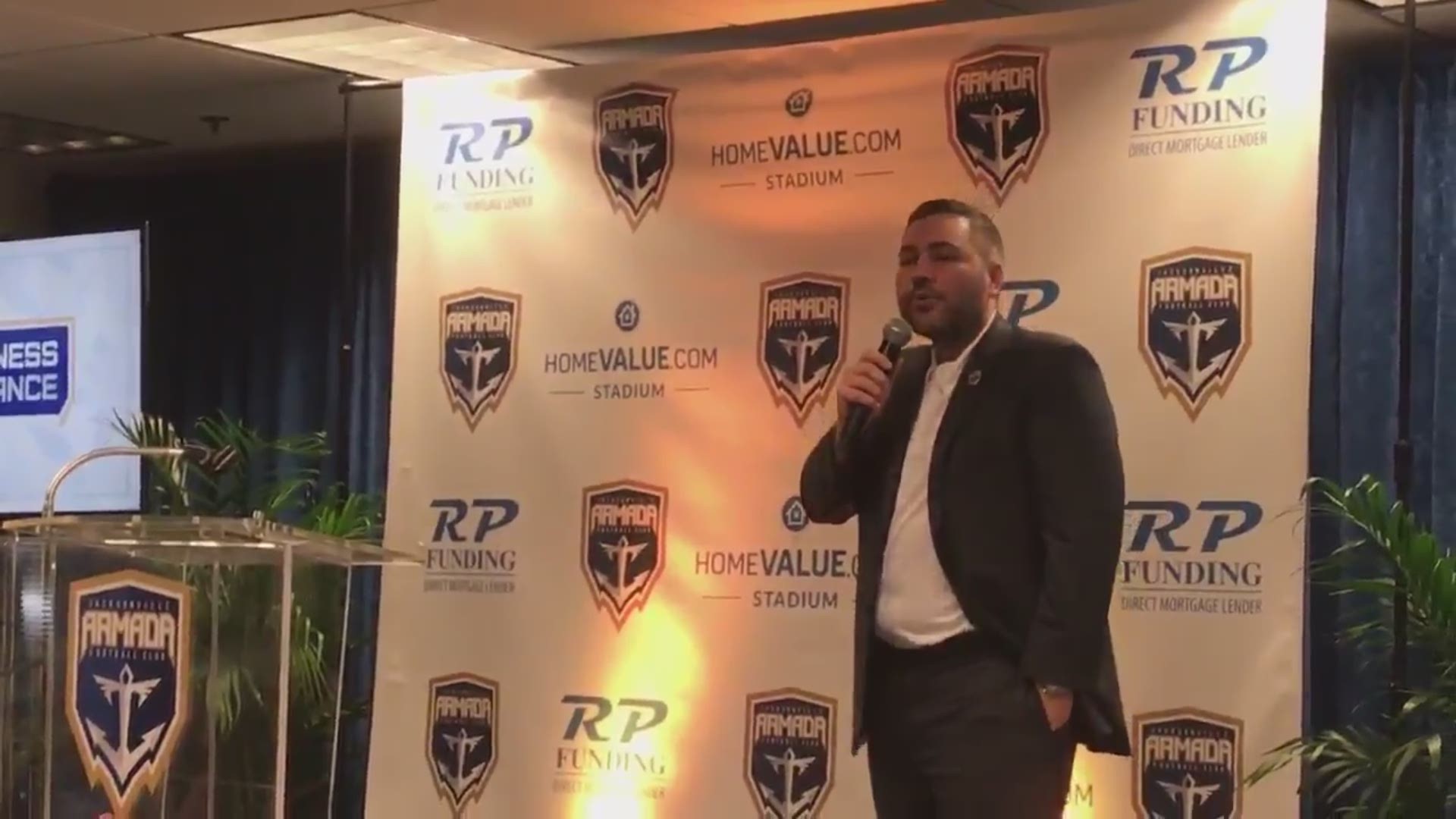 The owner of the Jacksonville Armada announced Tuesday that he is seeking to build a new stadium for the soccer team in Jacksonville.

Owner Robert Palmer made the announcement at the kickoff at the Armada Business Alliance. He said has both the funding and designs in place, they are just looking for a location to buy land.

He said he also hopes he can work with the Jacksonville business community so the stadium could benefit the city, especially when it comes to jobs.

Once they buy the land, he said the stadium plans to be called HomeValue.com stadium. Palmer currently owns HomeValue.com.

Watch as he makes the announcement:

Stay with First Coast News as this story updates.